NEW DELHI — Thousands of farmers in and around the Indian capital on Saturday pressed on with their protest against agricultural legislation they said could devastate crop prices, while the government sought talks with their leaders.

Some protesters burned an effigy of Prime Minister Modi and shouted “Down with Modi,” as they rallied on New Delhi’s border with Haryana state.

The protesting farmers were allowed to enter New Delhi late Friday after a day of clashes with police, who used tear gas, water cannons and baton charges to push them back.

Television images showed some of them moving into the capital while thousands still remained at the outskirts of the city. The Press Trust of India news agency said more protesters were heading for New Delhi from northern Punjab state.

Many farmers have camped out on highways in Punjab and Haryana states for the last two months to protest the passing of the legislation. They say the laws could cause the government to stop buying grain at guaranteed prices and result in their exploitation by corporations that would buy their crops cheaply. They want the laws scrapped.

The government says the legislation brings about much needed reform agriculture that will allow farmers the freedom to market their produce and boost production through private investment. 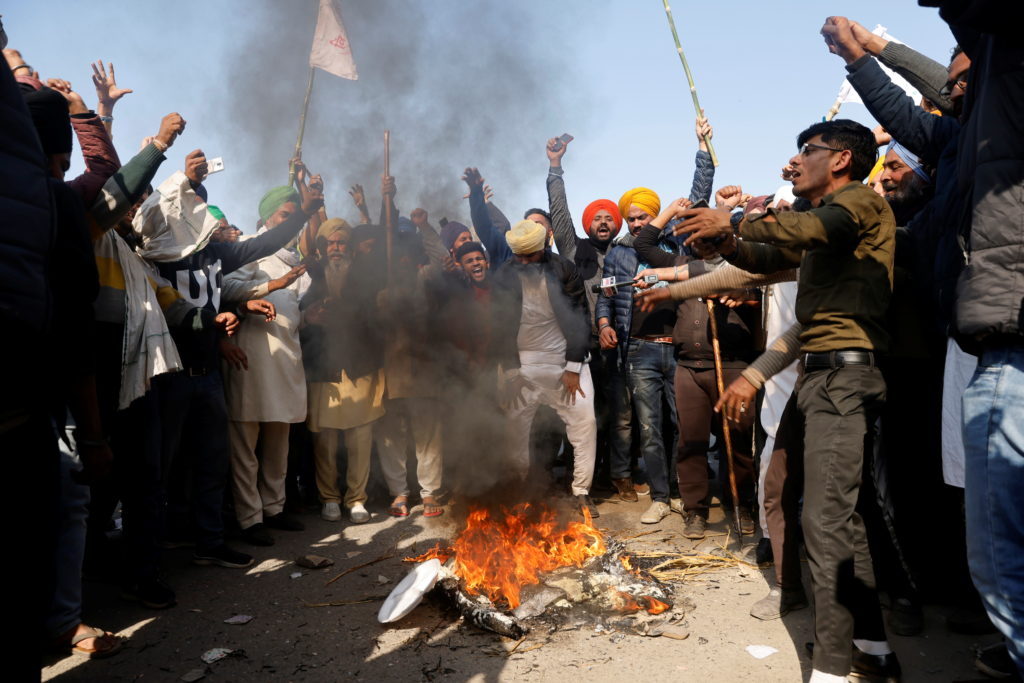 Farmers shout slogans as they burn an effigy during a protest against the newly passed farm bills at Singhu border near Delhi, India, November 28, 2020. Photo by Danish Siddiqui/ Reuters.

Agriculture Minister Narendra Singh Tomar said he has invited representatives of the farmers for talks on Dec. 3.

“We have talked before and are still ready for talks,” Tomar said late Friday.

There was no immediate response from the farmers. The protesters said they would not return to their homes until their demands were met.

“We are fighting for our rights. We won’t rest until we reach the capital and force the government to abolish these black laws,” said Majhinder Singh Dhaliwal, one of the leaders. 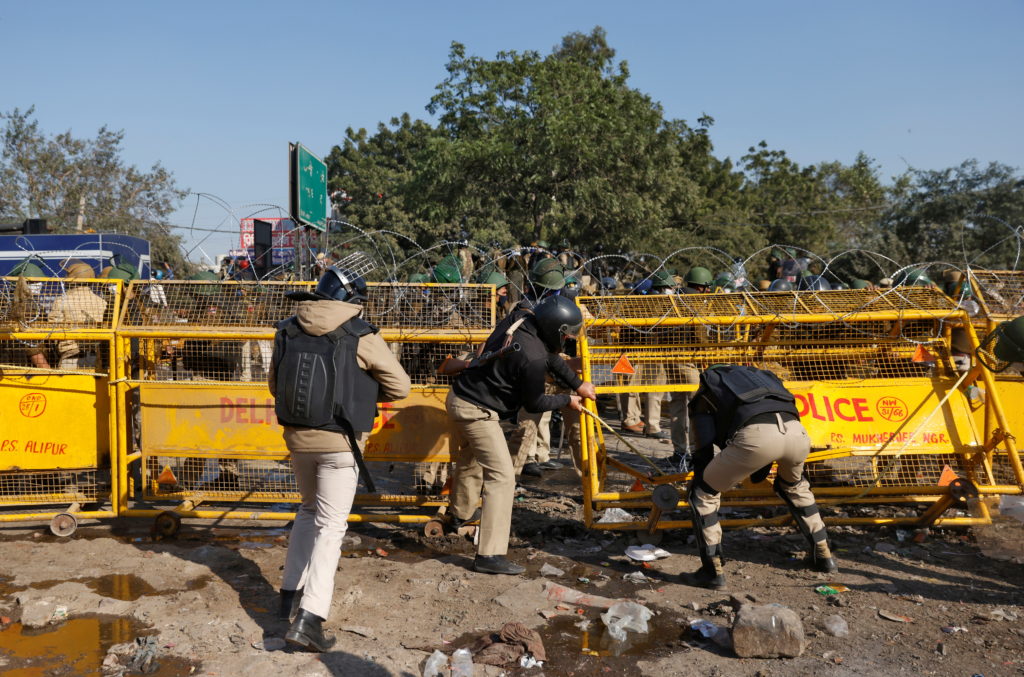 Policemen erect a barricade during a protest by farmers against the newly passed farm bills at Singhu border near Delhi, India, November 27, 2020. Photo by Danish Siddiqui/ Reuters.

Opposition parties and some Modi allies have called the laws anti-farmer and pro-corporation.

Farmers have long been seen as the heart and soul of India, where agriculture supports more than half of the country’s 1.3 billion people. But farmers have also seen their economic clout diminish over the last three decades. Once accounting for a third of India’s gross domestic product, they now produce only 15% of gross domestic product, which is valued at $2.9 trillion a year.

Left: Farmers carry placards at a site of a protest against the newly passed farm bills at Singhu border near Delhi, India, November 28, 2020. Photo by Anushree Fadnavis/ Reuters.