When college is out of reach, this academy trains Ugandans to be entrepreneurs

Joan Nalubega always had her eyes set on earning a university degree.

She grew up in a poor family and was sent to an orphanage, the Kankobe children’s home in central Uganda’s Mpigi District, at the age of 5 because her mother was unable to take care of both her and her sister. But even at the children’s home, where she lived for five years, Nalubega said she found ways to solve problems and teach herself about the world.

She studied hard and eventually earned high enough grades to get into Makerere University, Uganda’s top college, where she decided to focus on chemistry, her favorite subject.

“I was excited to go to university, I saw myself learning a lot of things, being able to invent things,” Nalubega said.

But her dream of graduating college soon hit a major roadblock.

While Nalubega’s high school fees had been sponsored through a German nonprofit, established by a former volunteer at her children’s home, when it came time to attend the university, her sponsor could only afford 60 percent of her tuition.

Nalubega tried to make college work, but without a job or financial support from her family, she had to drop out.

Her story is not unique. Etienne Salborn, founder of German nonprofit Jangu e.V, which paid Nalubega’s school fees, realized that many of the orphaned or impoverished students they sponsored through high school couldn’t find jobs or afford university once they finished.

About 90 percent of Ugandans age 15 to 24 work informal jobs.

Uganda has one of the world’s youngest, and highest growing populations; a whopping 68 percent of Ugandans are under the age of 24. Few of those young people have formal jobs. Less than 3 percent of the Ugandans aged 15 to 24 are officially employed, according to World Bank figures. About 90 percent work informal jobs, where they do not pay taxes but also receive no benefits and few worker protections.

So, in 2013, Salborn brainstormed solutions with the first cohort of students who had been sponsored by Jangu e.V. They told Salborn they wanted a space to learn how to create their own jobs that would make them financially independent — and the idea for the Social Innovation Academy was born.

SINA, a residential academy, aims to teach marginalized Ugandan youth how to become social entrepreneurs — owners of companies that have a positive impact on the environment and society.

With help from donors who didn’t want to see the students “drown in unemployment,” Salborn bought land on a hill not far from the Kankobe children’s home.

From the start, the project was centered around the values of sustainability and experiential learning. The initial group of people chosen to attend the academy actually helped construct the campus itself, using local materials, including “upcycled” plastic bottles, and local building techniques. 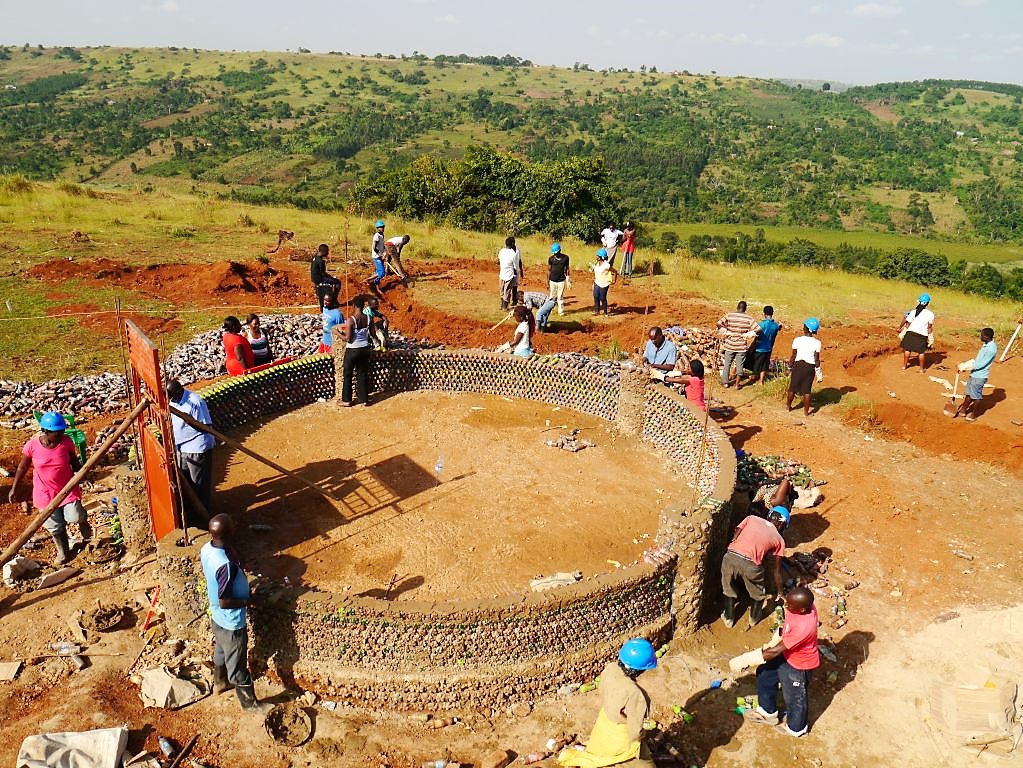 Nalubega had already been accepted to Makerere University when she heard about SINA, which had been established a year earlier. She had always imagined going to college so continued with her plan, but after dropping out, she formally applied to become a scholar at the academy.

Fifteen students are selected at a time for a three-month training program focussed on “unlearning and overcoming limiting beliefs,” Salborn said. Students are given responsibilities throughout the campus (e.g. being in charge of water supply) that build their self-confidence and independence and are encouraged to brainstorm and iterate ideas for social enterprises. “The model of SINA gives you hope, guides you step by step,” Nalubega said.

While some scholars, like Nalubega, are former orphanage residents whose educations were paid for through Jangu e.V, the academy is open to disadvantaged youth from throughout Uganda, including former child soldiers and street children. Refugees from nearby countries like the Democratic Republic of the Congo, South Sudan and Burundi have also been accepted into SINA’s program.

At the end of the three-month term, scholars who show the most potential are invited back to further develop their ideas. The academy then functions similarly to a startup incubator, where scholars continuously refine their business ideas with mentors and facilitators.

Donald Byamugisha, a consultant and business owner in Kampala who recently judged a pitching contest at the academy, said he was “blown away,” by the scholars’ ideas. “I was extremely impressed at the execution,” he said.

With the help of a personal development coach at SINA, Nalubega decided to focus on eliminating malaria, the most deadly infectious disease in Uganda, accounting for between 70,000 to 100,000 children’s deaths each year, according to a 2015 study. The endeavor capitalized on her passion for chemistry and was deeply personal in a different way–as a child she contracted malaria several times. 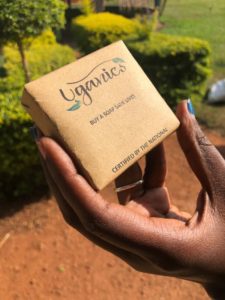 After researching different ways she could intervene in the spread of the disease, Nalubega settled on developing a mosquito-repellent soap. Most antimalarial products on the market were expensive medicines aimed at tourists. Nalubega said she wanted to create an affordable “everyday product that all Ugandans use.”

SINA helped connect her with chemists at Makerere University to develop a formula, then she got the product fully certified and developed a business model.

Today, with her business partner and fellow SINA-scholar, Kaganda Shafik, Nalubega is at the helm of a thriving social enterprise. They employ more than 20 women in rural areas to harvest herbs to make their soap, called Uganics, which repels mosquitoes for more than six hours. Nalubega sells it at a markup to Uganda’s visitors at high-end hotels so locals can receive the product at a subsidized price. And she has partnered with 22 Ugandan hospitals to raise awareness about malaria.

Nalubega and Shafik are still based at SINA’s campus, where they run Uganics and mentor other scholars. They plan on moving the business into its own storefront later this year.

“The model of SINA gives you hope, guides you step by step.”

The success is bittersweet. “Our best people are always leaving,” Salborn said. But he said he welcomes the change. “We need and want enterprises to emerge.”

SINA has helped its scholars create more than 30 successful social enterprises like Uganics. They include an anonymous, free mobile phone app for emergency sexual health advice aimed at young East Africans, and a business that uses plastic bags and egg shells to create cheap, sustainable flooring.

Salborn estimates these businesses have gone on to create more than 100 jobs in Uganda. The academy and its alumni have also received international funding and awards.

And the idea is now spreading.

South Sudanese refugees who went through the program brought the SINA model to the Bidi Bidi refugee settlement in northern Uganda. At SINA Loketa, as it’s known, refugees are supported to start their own businesses. That project won an innovation award last year from the United Nations High Commission for Refugees for empowering young refugees “to take charge and change the trajectory of their lives.”

Left: Scholars sit at a meeting at SINA in Uganda. Photo by SINA