The strikes damaged four facilities, including a blood bank in the provincial capital of Aleppo, along with another clinic in the nearby town of Atareb.

“Only one of the hospitals has suffered a direct hit,” said Bernard Smith, an Al-Jazeera reporter stationed along the Turkey-Syria border, also noting that some of the facilities were still functional. “People there say it has stopped operations for the moment, but we are told it will be back up in a couple of days.”

At least five people, including one infant, died in the attacks. 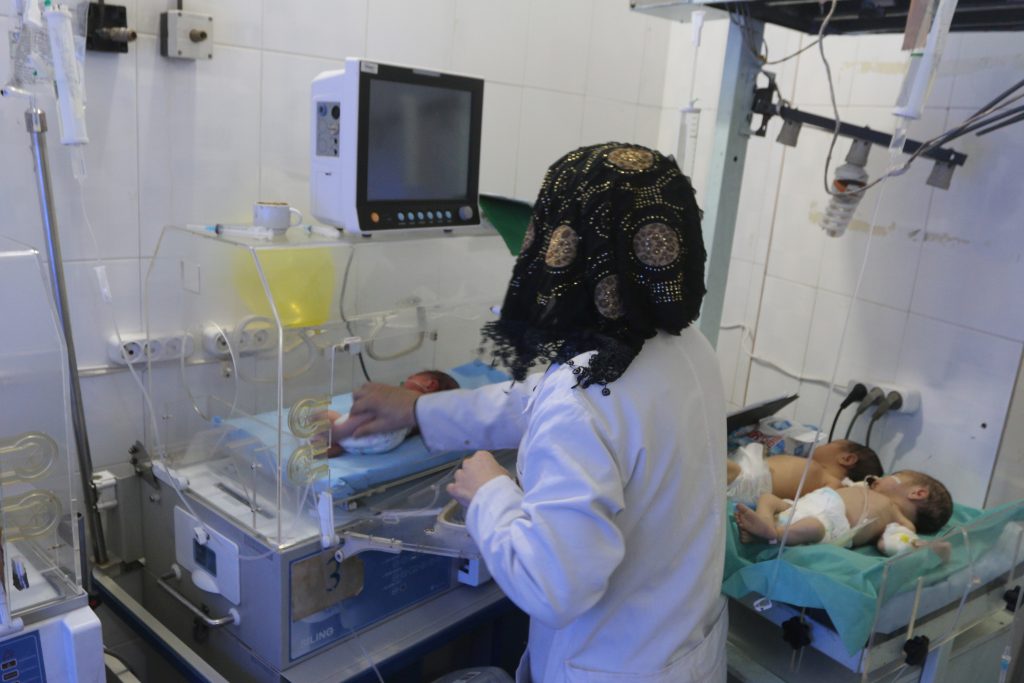 A nurse assists babies inside a nursery at a children’s hospital that was partially damaged from recent airstrikes in a rebel held area of Aleppo, Syria. Photo by Abdalrhman Ismail/Reuters

The raids come as pro-government forces, supported by Russian warplanes, are seeking to gain control of Aleppo.

Medical facilities have suffered bombing and casualties over the course of Syria’s civil war. In April, airstrikes on Al-Quds hospital in Aleppo left 55 people dead.

Physicians for Human Rights, an independent organization that tracks human rights in various conflict zones, claims that from the time the conflict began to the end of March 2016, 359 attacks on 256 medical facilities in Syria killed 730 medical workers.

Amid the government siege  on Aleppo, a foreign ministry official said Sunday that the government was prepared to resume peace talks, which faltered during the spring.

Left: A view shows the damage inside a field hospital after airstrikes in a rebel held area of Aleppo, Syria on July 24, 2016. Photo by Abdalrhman Ismail/Reuters