Experts say the African elephant could be extinct within a decade. Between 2010 and 2012 alone, 100,000 African elephants were poached — killed for their tusks. That’s a dead elephant every 15 minutes, much faster than the animals can reproduce.

Much of the blame is usually pointed at China, the world’s largest consumer of elephant tusks. But the U.S. also has a major ivory market. And much of the activity resides in a marketplace you wouldn’t expect: Craigslist.

That’s right, Americans can buy ivory in the same place they sell their futons and gently-used blenders.

The survey forced Craigslist to change its policy regarding ivory sales, but complex laws governing its import and sale in the U.S. mean ivory products are still easy to find.

In 2013, the U.S. Fish and Wildlife service released this video of the destruction of six tons of ivory products they’d captured at customs stations and enforcement raids to illustrate the problem in the U.S.: 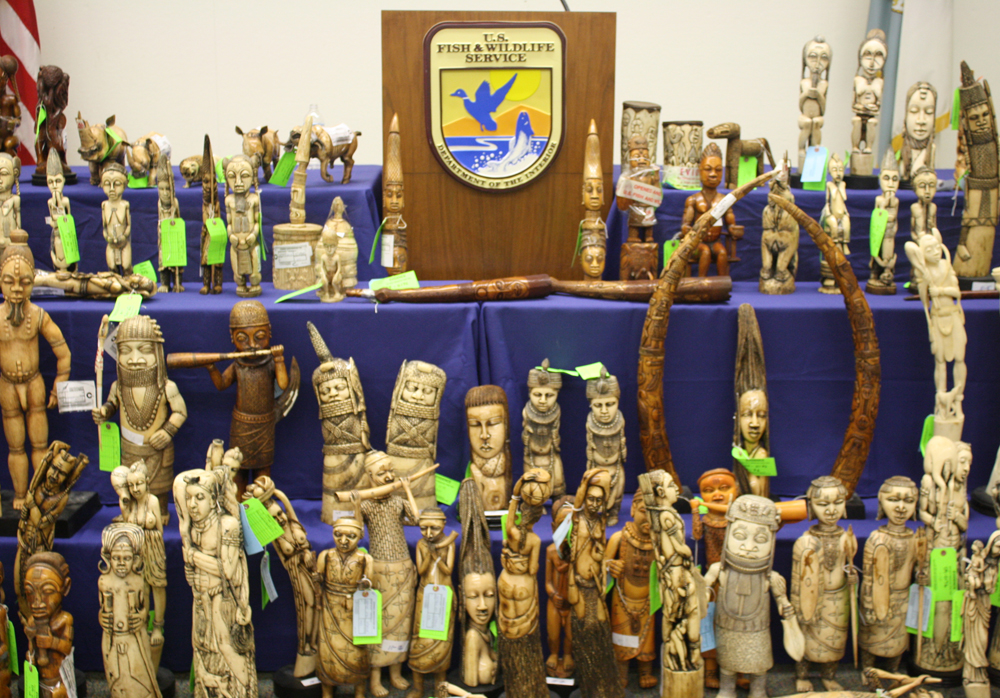 This collection shows ivory captured in a 2011 raid on the business of Victor Gordon, a Philadelphia antique dealer. Gordon received a 30 month sentence and had to pay $150,000 in fines for smuggling ivory into the U.S. Image by U.S. Fish and Wildlife

This week on Shortwave with P.J. Tobia, we delve into the massive ivory smuggling operations on U.S. soil.

Left: African elephants walk with their young on the Serengeti. Image by Cathy Hart/ Design PicsPerspectives and Getty Imates