TEHRAN, Iran — Iran announced Sunday it will raise its enrichment of uranium, breaking another limit of its faltering 2015 nuclear deal with world powers and further heightening tensions between Tehran and the U.S.

Iran made the decision a year after President Donald Trump unilaterally withdrew from the deal. Iran has repeatedly warned Europe in recent weeks that it would begin walking away from an accord neutered by a maximalist American campaign of sanctions that blocked Tehran’s oil sales abroad and targeted its top officials.

Iran struck the nuclear deal in 2015 with the United States, France, Germany, the United Kingdom, Russia and China. The deal, formally known as the Joint Comprehensive Plan of Action, grew out of secret talks President Barack Obama’s administration held with Iran after President Hassan Rouhani, a relative moderate, took office.

Iran agreed to limit its enrichment of uranium under the watch of U.N. inspectors in exchange for the lifting of economic sanctions. International businesses rushed to do deals with Iran, most notably the billion-dollar sales by Airbus and Boeing Co. 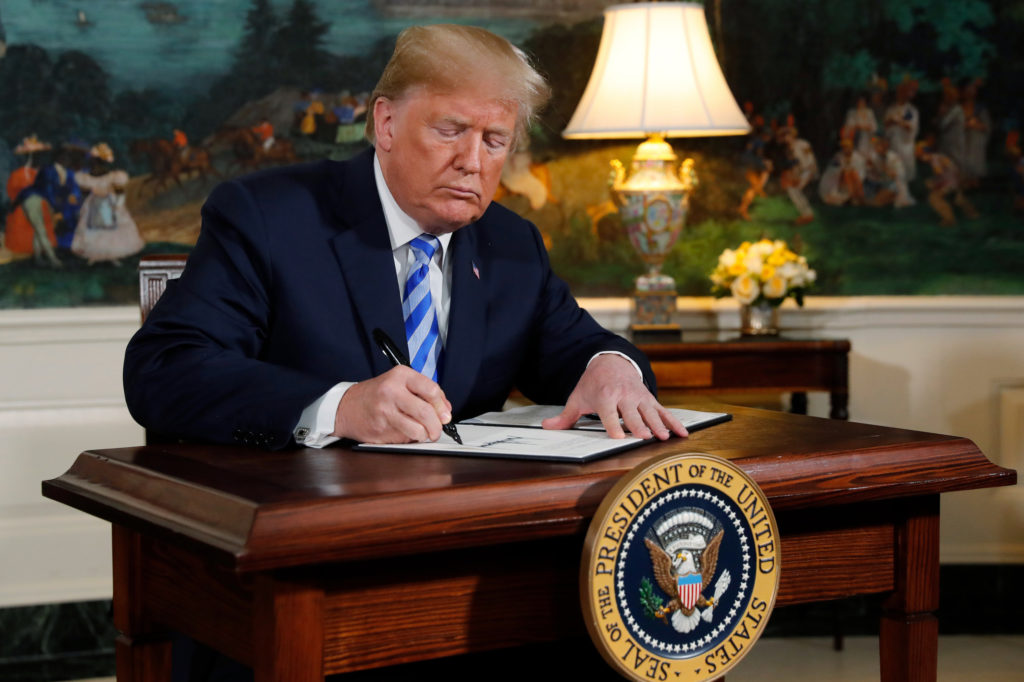 U.S. President Donald Trump signs a proclamation declaring his intention to withdraw from the JCPOA Iran nuclear agreement in the Diplomatic Room at the White House in Washington, U.S., May 8, 2018. Photo By Jonathan Ernst/Reuters

Trump, who campaigned on a promise of tearing up the deal because it didn’t address Iran’s ballistic missile program or its involvement in regional conflicts, withdrew America from the accord in May 2018. That halted promised international business deals and dealt a heavy blow to Iran’s already anemic economy. In the time since, the Trump administration has said any country that imports Iranian crude will face U.S. sanctions.

Natanz, in Iran’s central Isfahan province, hosts the country’s main uranium enrichment facility, located underground. Iran has one operating nuclear power plant in Bushehr, which it opened with Russia’s help in 2011. Under the accord, Iran reconfigured a heavy-water reactor so it couldn’t produce plutonium and agreed to convert its Fordo enrichment site — dug deep into a mountainside — into a research center. Iran said July 1 it may stop the heavy-water reactor reconfiguration. Tehran also operates an over 50-year-old research reactor in Tehran.

Under terms of the nuclear deal, Iran can keep a stockpile of no more than 300 kilograms (661 pounds) of low-enriched uranium. That’s compared to the 10,000 kilograms (22,046 pounds) of higher-enriched uranium it once had. Currently, the accord limits Iran to enriching uranium to 3.67%, which can fuel a commercial nuclear power plant. Weapons-grade uranium needs to be enriched to around 90%. However, once a country enriches uranium to around 20%, scientists say the time needed to reach 90% is halved. Iran previously has enriched to 20%. Iranian officials say they’ve quadrupled their production of low-enriched uranium and broke the 300-kilogram limit on July 1.

A centrifuge is a device that enriches uranium by rapidly spinning uranium hexafluoride gas. Under the atomic accord, Iran has been limited to operating 5,060 older-model IR-1 centrifuges. The IR-1 is based on a 1970s Dutch design that Pakistani scientist A.Q. Khan used to build Islamabad’s nuclear weapons program and later sold to Iran, Libya and North Korea. 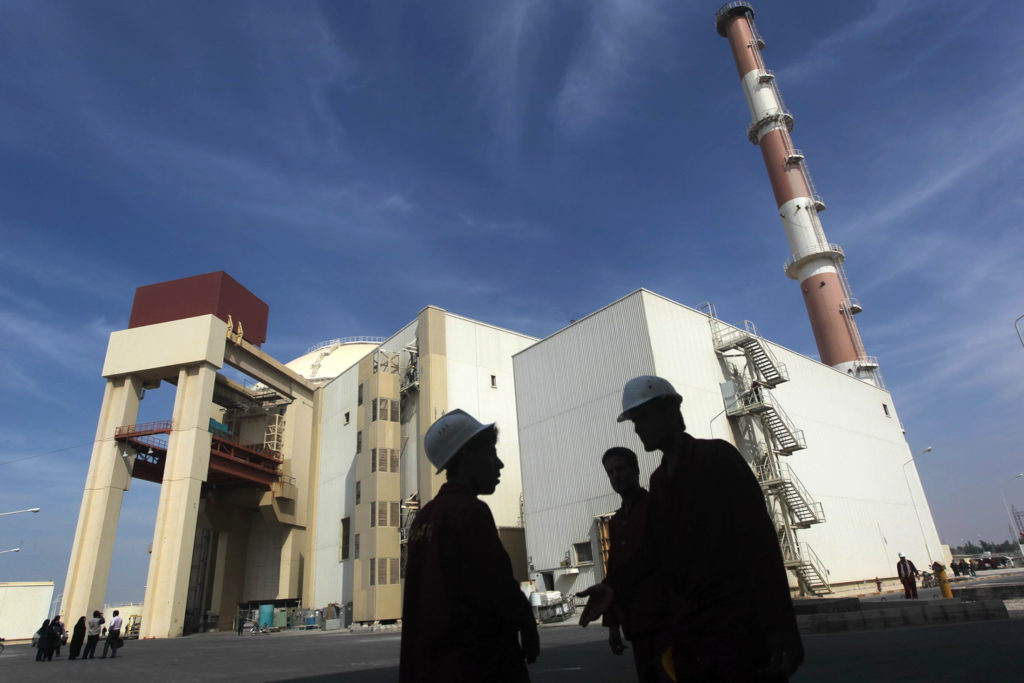 Iran has the technical ability to build and operate advanced versions called the IR-2M, IR-4 and IR-6 at Natanz, but is barred from doing so under the nuclear deal. Ali Akbar Salehi, the head of Iran’s nuclear program, told The Associated Press in September that the IR-2M and the IR-4 can enrich uranium five times faster than an IR-1, while the IR-6 can do it 10 times faster. Western experts have suggested these centrifuges produce three to five times more enriched uranium in a year than the IR-1s.

Iran also mothballed many already-built centrifuges as part of the deal.

FROM ‘ATOMS FOR PEACE’ TO STUXNET

Iran’s nuclear program actually began with the help of the United States. Under its “Atoms for Peace” program, America supplied a test reactor that came online in Tehran in 1967 under the rule of Shah Mohammad Reza Pahlavi. That help ended once Iran’s 1979 Islamic Revolution overthrew the shah.

In the 1990s, Iran expanded its program, including buying equipment from Khan. Among its activities, Iran “may have received design information” for a bomb and researched explosive detonators, according to the International Atomic Energy Agency.

A string of bombings, blamed on Israel, targeted a number of scientists beginning in 2010 at the height of Western concerns over Iran’s program. Israel never claimed responsibility for the attacks, though Israeli officials have boasted in the past about the reach of the country’s intelligence services. Israel last year said it seized records from a “secret atomic archive” in Iran.