The historic endorsement highlighted the first day of President Reuven Rivlin’s crucial consultations with various party representatives. He’s set to meet with all the parliamentary factions before selecting his candidate for prime minister, after a deadlocked repeat election made forming any new government a daunting task.

Israel’s largely ceremonial president is responsible for picking the politician with the best chance of forming a stable coalition government. While usually a formality, this time Rivlin plays a key role after a repeat election held last week. In that vote, neither of the top candidates appeared to secure the support of a majority of 61 members of the 120-seat parliament.

The Arab-led bloc known as the Joint List emerged from the election as the third largest party with 13 seats. 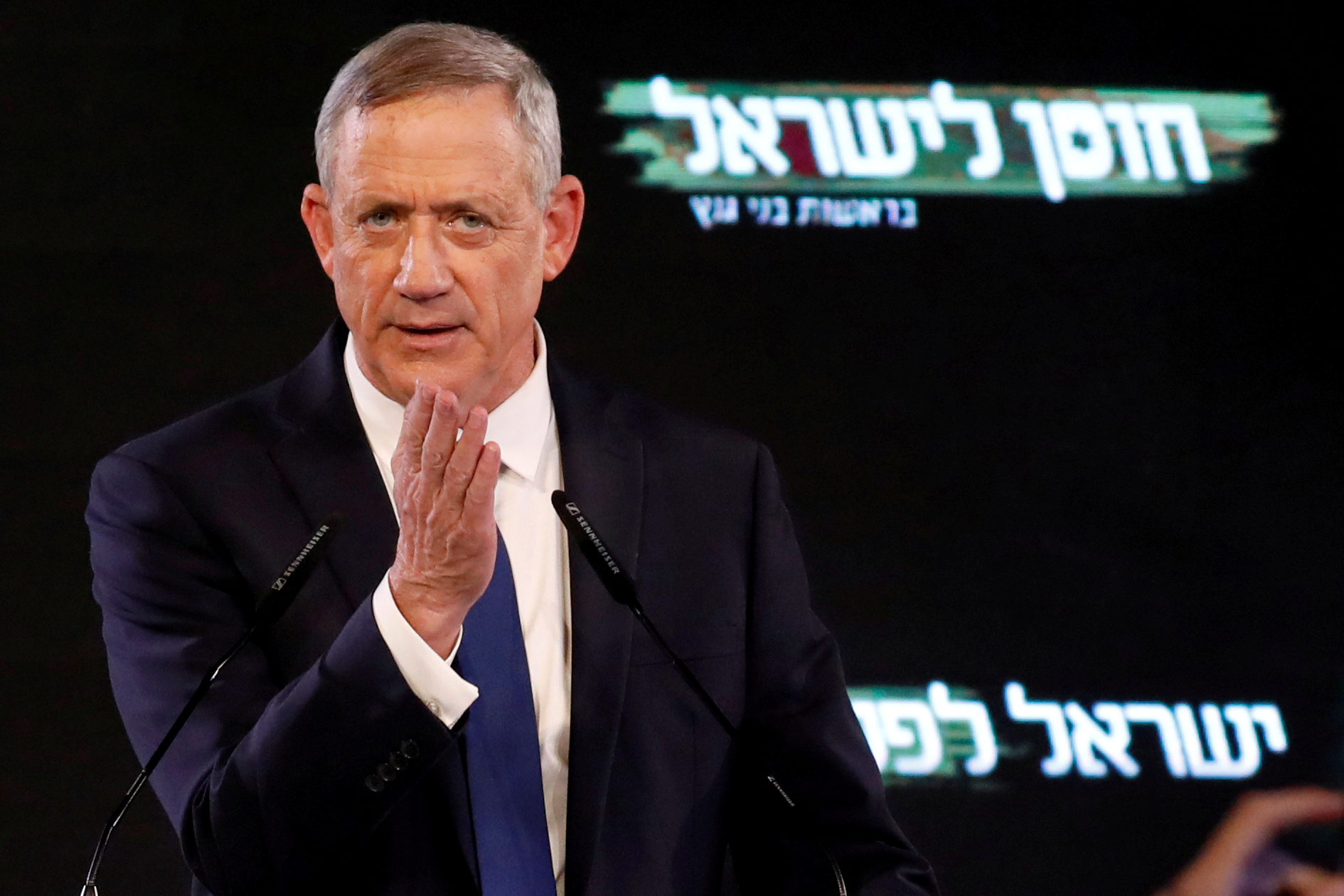 Maverick politician Avigdor Lieberman, head of the mid-sized Yisrael Beitenu party, remains the key power broker. He hasn’t endorsed either candidate, so with the nod from the Arab parties, Gantz expects to have 57 backers to Netanyahu’s 55.

The president will usually appoint the candidate with the greatest number of supporters, but not necessarily. Given the unprecedented nature of this election and the tricky arithmetic involved, Rivlin has wide discretion at his disposal in making his pick.

In last week’s vote, Gantz’s centrist Blue and White party won 33 seats in the 120-member parliament, while Netanyahu’s conservative Likud took 31 seats. Neither can muster a parliamentary majority with their traditional smaller allies.

The deciding factor looks to be Lieberman and the eight seats his Yisrael Beitenu party captured. He’s demanding a broad unity government with the two major parties that is secular and excludes the ultra-Orthodox Jewish parties. That appears to be the emerging compromise between Blue and White and Likud, though both are insisting upon leading it.

Complicating matters is Blue and White’s refusal to sit with Netanyahu because he faces a likely indictment on corruption charges. 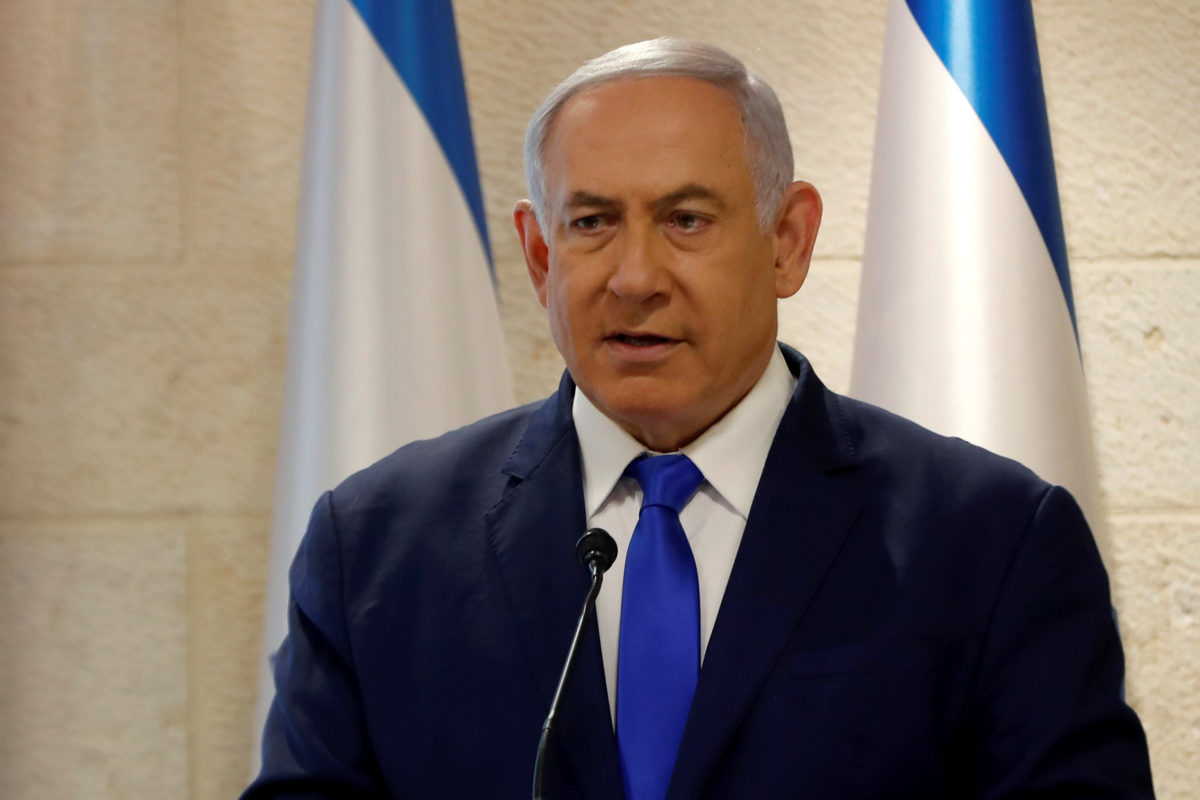 Israeli Prime Minister Benjamin Netanyahu speaks at a news conference in Jerusalem on Sept. 9, 2019. Photo by Photo by Ronen Zvulun/Reuters.

The first step out of the quagmire is the consultations at the president’s residence, where each of the parties is asked to make its recommendations. Blue and White naturally recommended Gantz, followed by Likud who went with Netanyahu.

The Arab-led parties have never sat in an Israeli government and its current leader, Ayman Odeh, said he is planning to become opposition leader in the likely case of a unity government. But for the first time since 1992, the Arab-led parties played a role in the process by endorsing Gantz over Netanyahu.

“Benny Gantz is not our cup of tea. We have criticism of him from here till tomorrow,” said lawmaker Ahmad Tibi. “But we promised our constituents that we would do everything to topple Netanyahu and the default here is recommending Benny Gantz.”

Though still expected to stay out of Gantz’s future government, the Arab endorsement reflects a growing desire of Israel’s large Arab minority to take a more active role in shaping the country.

In an op-ed piece in the New York Times, Odeh argued that his move should end Netanyahu’s political career and provide a watershed moment for Israel’s Arab minority.

In opening his series of meetings, Rivlin didn’t indicate which way he was leaning. But he said he interpreted the will of the people as yearning for a “stable” government. 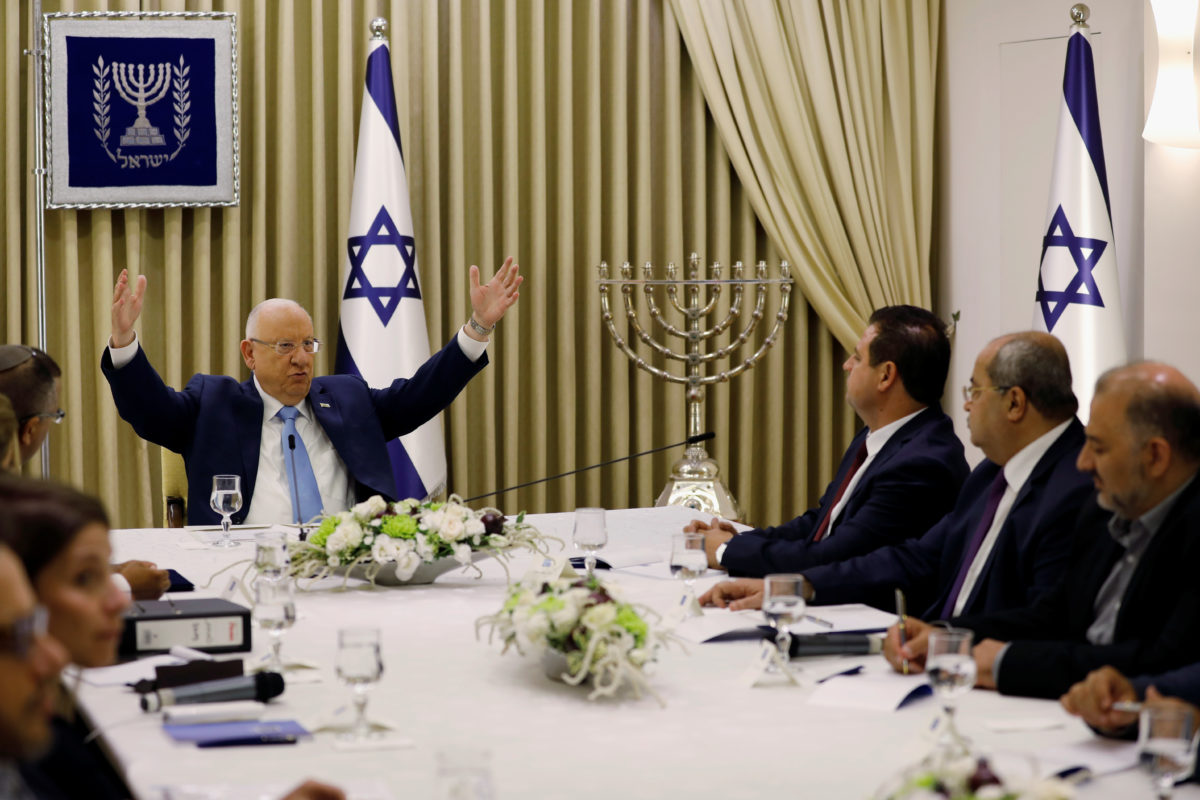 Memebers of the Joint List party sits next to Israeli President Reuven Rivlin as he began talks with political parties over who should form a new government, at his residence in Jerusalem September 22, 2019. Photo by Menachen Kahana/Pool via Reuters.

Rivlin’s eventual candidate will have up to six weeks to form a coalition. If that fails, Rivlin could give another candidate for prime minister 28 days to form a coalition. And if that doesn’t work, new elections would be triggered yet again. Rivlin has said he will do everything possible to avoid such a scenario and no one appears interested in a third Israeli election within a year.

Further confounding the process, it’s not clear either of the large parties wants to be tasked first since neither has a clear path to a majority. They may prefer to play the savior with the whole system backed against the wall and facing the prospect of a third election.

Last week’s vote happened because Netanyahu was unable to form a coalition after April’s election without the support of Lieberman, an unpredictable ally-turned-rival who has upended Israeli politics in recent months. The nationalist, yet secular, former defense minister said he was equally uncomfortable with both blocs, and announced that he will not recommend anyone for prime minister.

“We have defined to ourselves one option, the three parties,” he said, referring to his own party along with Blue and White and Likud. “If we can form a government like that I’ll be happy, if not, like people bigger than us say, it’s a big honor to serve the people of Israel in the opposition too.”

Looming over the whole process is Netanyahu’s pre-indictment hearing scheduled in two weeks, after which he could face charges of bribery, breach of trust and fraud in three separate corruption cases. Netanyahu had hoped to secure a narrow majority of hard-line and religious parties that support granting him immunity from prosecution. With immunity now off the table, Netanyahu is desperate to remain in office despite the long odds.

Israeli law does not require a sitting premier to resign if indicted. But if he is charged, as is widely expected, he would come under heavy pressure to step down.

Left: Memebers of the Joint List party arrive to the Israeli President Reuven Rivlin to begin talks with political parties over who should form a new government, at his residence in Jerusalem, September 22, 2019. Photo by Menachen Kahana/Pool via Reuters.