Argentina could take another sharp political turn in vote

Macri was elected president in 2015 as Argentines rejected a successor chosen by former President Cristina Fernández, who is now running as vice president on the Peronist ticket with Alberto Fernández. The two are not related.

A victory by the Fernández ticket would mark another political swing in South America, which has seen conservative governments elected in Brazil, Colombia and Chile in recent years. Cristina Fernández was considered part of the “pink tide” of leftist governments that arose in the region in the 1990s and 2000s.

Now the region is being rocked by unrest in Chile, Bolivia, Peru and Ecuador fueled by discontent over corruption, inequality and slowing growth. 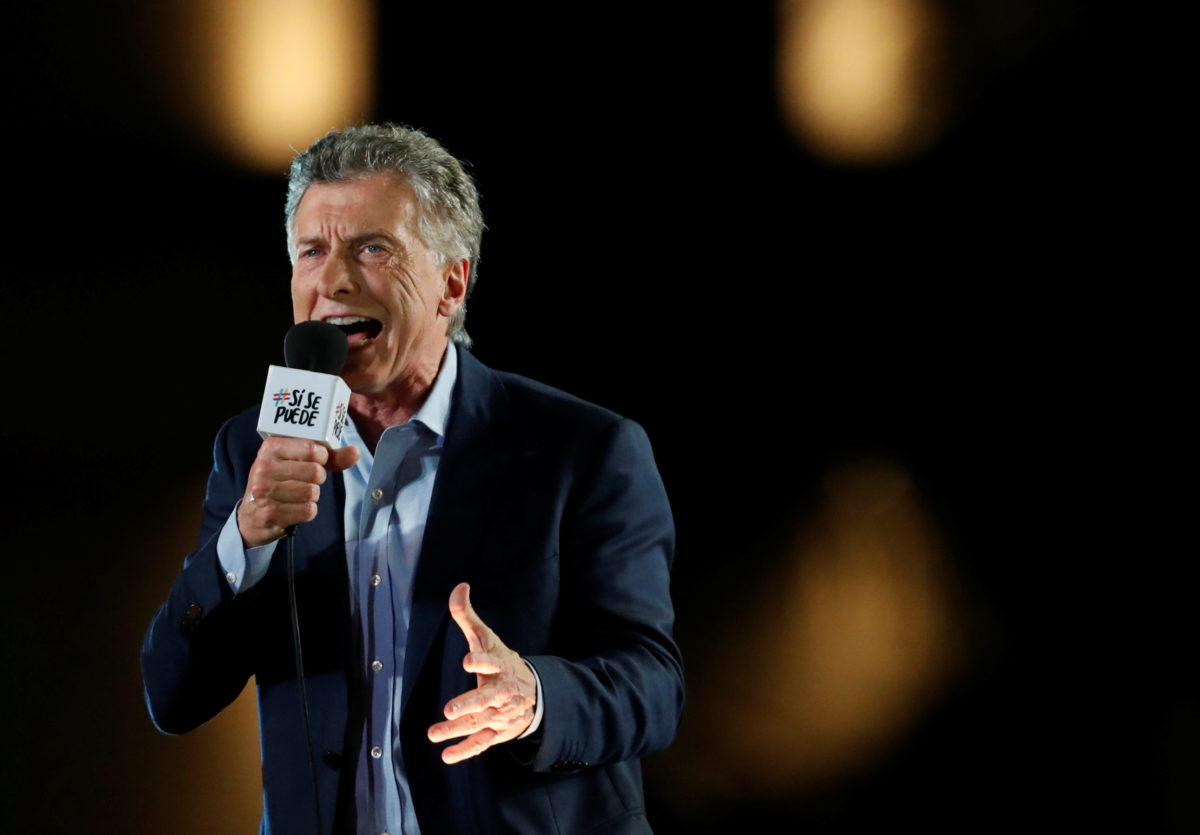 Poverty under Macri has soared, the value of the local currency has sharply depreciated and the inflation rate remains among the highest in the world.

“We Argentines deserve a better country, with work, where we can live peacefully, above all,” said Antonella Bruna, 32, as she voted at the medical school of the National University of Rosario.

Frustration over the economy has eroded support for the pro-business former mayor of Buenos Aires. It has also propelled the candidacy of Alberto Fernández, whose surge has sent jitters in the financial markets over a possible return to interventionist polices of Cristina Fernández’s 2007-2015 administration.

Macri’s camp has tried to capitalize on that unease, portraying her as a puppet master waiting in the wings. But the presidential candidate has dismissed those fears and voters gave him a decisive victory over Macri in August primaries, which are a barometer of support for candidates ahead of the presidential election.

“I don’t see a conflict there,” Alberto Fernández said recently in an interview with The Associated Press. “Argentina’s problem is not Cristina. It’s what Macri has left behind.”

Fernández served as chief of staff from 2003 to 2007 for Cristina Fernández’s predecessor and late husband, Néstor Kirchner. He remained in the position during part of her term as president but left after a conflict with farmers in 2008.

Peronism is a broad and splintered political movement that many Argentines claim some allegiance to.

On the election trail, Fernández has criticized Macri’s decision to seek a record $56 billion bailout from the International Monetary Fund, a deeply unpopular institution in Argentina that is blamed for creating the conditions that led to the country’s worst economic meltdown in 2001.

Macri is credited with returning Argentina to international global markets following a break after the 2001 crisis and with helping strike a free trade deal between South America’s Mercosur bloc and the European Union amid global trade tensions and rising protectionism. But he failed to deliver on promises to jumpstart the economy of the recession-hit country.

On the campaign trail, Macri has pleaded for more time to reverse fortunes and reminds voters of the corruption cases facing Cristina Fernández, who has denied any wrongdoing and remains a powerful if divisive figure in Argentina.

To avoid a runoff on Nov. 24, a candidate needs to win 45% of the vote, or 40% support with a 10 percentage point lead over the nearest rival. Nearly all recent surveys give Fernández more than 50% support, which would guarantee his outright victory in a first round.

Nearly 34 million Argentines are eligible to vote in Sunday’s election. Argentines will also pick 130 lower house seats and 24 senators in Congress, as well as regional mayors, governors for three provinces and the head of government for the Argentine capital.