LONDON — In an audio recording released Sunday, a British naval officer insists that a British-flagged oil tanker must be allowed to sail through the Strait of Hormuz as Iranian paramilitary forces demand that the vessel change course before commandeering it.

The audio, released by maritime security risk firm Dryad Global, shows how the British navy was unable to prevent the ship’s seizure Friday by Iranian Revolutionary Guard forces. The seizure has prompted condemnation from the U.K. and its European allies as they continue to call for a de-escalation of tensions in the critical waterway.

The free flow of traffic through the Strait of Hormuz is of international importance because one-fifth of all global crude exports pass through the narrow waterway between Iran and Oman.

In the recording, an Iranian officer can be heard telling the Stena Impero to change course, saying: “You obey, you will be safe.”

“Alter your course to 360 degrees immediately, over,” the officer says, before saying the ship is wanted for security reasons. 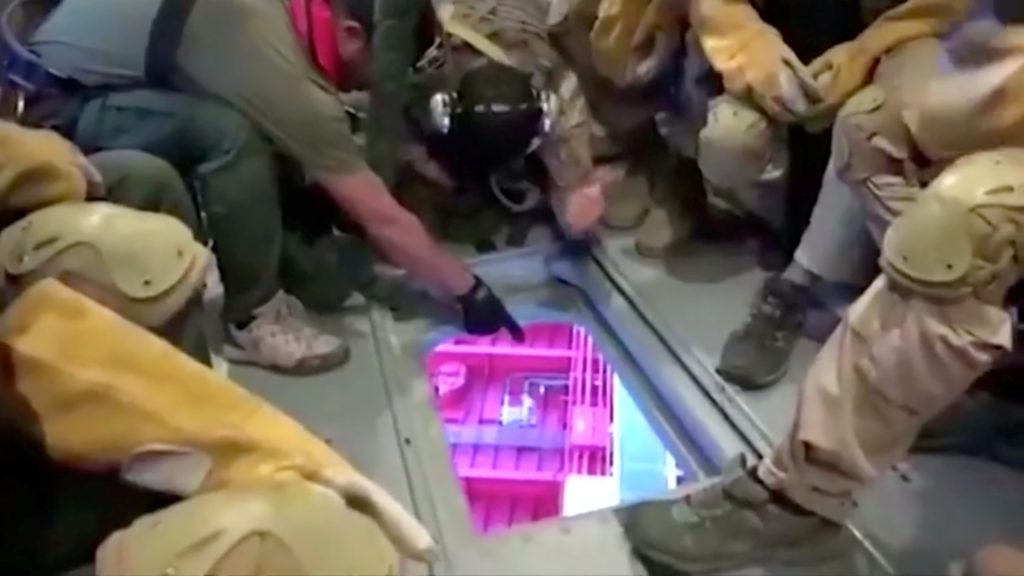 Iranian Revolutionary Guard troops are seen on board a helicopter flying over British-flagged tanker Stena Impero near the strait of Hormuz July 19, 2019, in this still image taken from video. Picture taken July 19, 2019. Pool photo/WANA/Reuters TV via Reuters

A British naval officer from the HMS Montrose frigate that was patrolling the area around the Strait of Hormuz is heard telling the Stena Impero, which had a crew of 23 on board, that its passage must be allowed. British officials say the HMS Montrose was roughly 60 minutes from the scene when the Iranians took control of the tanker, too far away to intervene effectively.

“Sir, I reiterate that as you are conducting transit passage in a recognized international strait, under international law your passage must not be impaired, intruded, obstructed or hampered,” the British officer says.

The British officer then tells an Iranian patrol boat: “Please confirm that you are not intending to violate international law by unlawfully attempting to board the MV Stena.”

Iranian officials say the seizure of the British oil tanker was a justified response to Britain’s role in impounding an Iranian supertanker two weeks earlier off the coast of Gibraltar, a British territory located on the southern tip of Spain.

Friday’s seizure comes amid heightened tensions between the U.S. and Iran stemming from President Donald Trump’s decision last year to pull the U.S. from Iran’s nuclear accord with world powers and reinstate sweeping sanctions. The U.S. has also expanded its military presence in the region, while Iran has begun openly exceeding the uranium enrichment levels set in the nuclear accord to try to pressure Europe into alleviating the pain caused by the sanctions.

European nations, which are trying to save the nuclear deal and keep Iran from isolation, have tried to come up with ways to keep trading with Iran but have run smack into Trump’s sanctions.

The tanker seizure comes at a ticklish time for Britain, which on Wednesday will see a new prime minister replace Theresa May. The two contenders for the job are front-runner Boris Johnson and Foreign Secretary Jeremy Hunt, who has a key role in dealing with the shipping crisis.

“Well, firstly we need to try and de-escalate this. There has been a ratcheting up of tensions in the Middle East,” he said, before calling Friday’s seizure “a hostile act” by Iran.

Ellwood also noted that the British Royal Navy “is too small to manage our interests across the globe” and that this would be an issue for the next prime minister to handle. 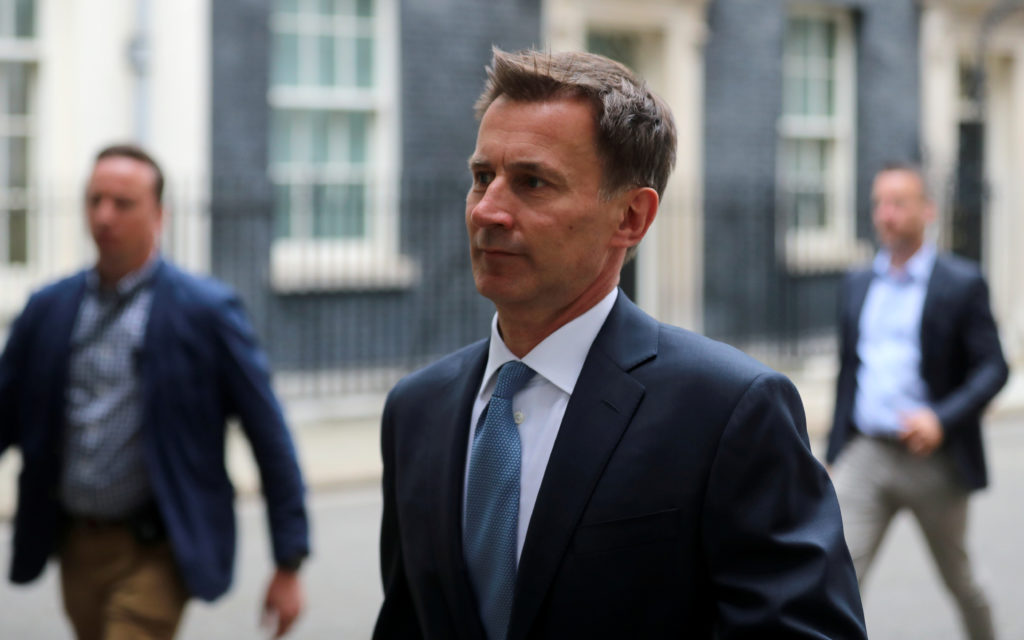 Britain is adding to its military profile in the region but it does not have the naval resources that would be needed to protect all of its shipping interests.

The seizure of the British-flagged tanker is proving popular inside Iran.

In Tehran, some 160 lawmakers issued a joint statement Sunday praising the interception of the British-flagged vessel by Iran’s Revolutionary Guard, which has released video of the seizure showing Iranian commandos in black ski masks and fatigues rappelling from a helicopter onto the vessel.

“A new wave of extreme one-sided adventurism from the United States is the main theme and the challenge that we all face in one way or another,” he said. “It’s threatening peace and stability all around the world in different ways.”

At the same time, Britain is finding support among its European allies. Germany’s foreign minister warned Iran that its seizure of commercial vessels is contributing to an “escalation spiral” that could lead to war.

Foreign Minister Heiko Maas was quoted Sunday in the Bild newspaper as saying the seizure of the British tanker and the temporary detention of another has made the situation in the Gulf “a lot more serious and dangerous than it has been.” He said European efforts are focused on keeping diplomatic channels open with “voices of reason” despite the challenges involved.

“This is about preventing war,” he said.