One of Australia’s national treasures is in trouble.

Amid fears of starvation and overcrowding, officials in the country euthanized a group of sickly koalas in the state of Victoria this week, raising objections from animal groups over the welfare of the iconic creatures.

Wildlife officials announced earlier this week they had launched a weeklong health assessment of the “overabundant” koala colony in the eucalyptus woodlands of Cape Otway, a popular tourist destination inhabited by the creatures.

The area’s shortage of manna gum leaves, a staple of the animal’s diet, combined with a population boom of the furry marsupials prompted concerns of starvation for the colony of about 1,000 koalas.

Of the 226 in the sample captured and examined by veterinarians, 48 were deemed “too sick to survive release” and were “humanely euthanized to prevent further suffering,” the Department of Environment, Land, Water and Planning announced. The rest were relocated to release sites.

“Koala welfare and habitat health continue to be our top priorities,” said DELWP spokeswoman Mandy Watson in a statement.

During the assessment, veterinarians and animal health officials caught a representative sample of koalas that were examined and tagged. Officials said they implanted birth controls in the female koalas prior to their release. 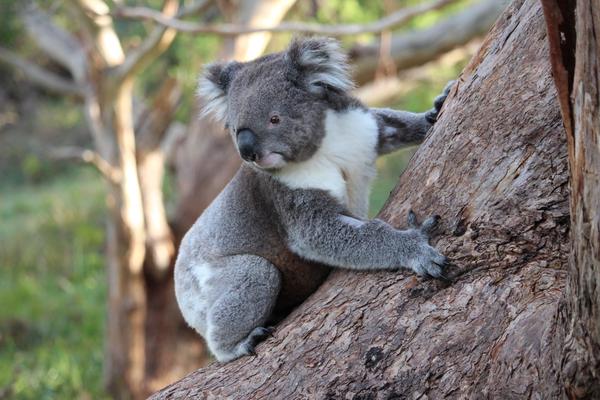 Some koalas in Victoria, Australia, were euthanized after a health assessment of recommended by wildlife officials. Photo courtesy of the Department of Environment, Land, Water & Planning.

In response to the health assessment, the Australian Koala Foundation condemned the “imminent” koala culls.

“You cannot have it both ways, you either want to protect our national icon (and it’s habitat) and use them as ambassadors or you ruin Australia’s reputation with this disgusting cruelty,” Australian Koala Foundation CEO Deborah Tabart said in a statement. “It is a complex problem and there are no easy fixes.”

In 2013 and 2014, wildlife officials initiated a similar emergency intervention program in response to starving koalas after the population expanded to unsustainable levels. About 700 sick or injured koalas were put down and another 1,500 slowly died on their own, Reuters reported.

Koalas are a protected species in Australia, where they serve as a major tourist attraction and international diplomatic symbol.

Left: Jimbelung, a two-year-old koala, is seen in Brisbane in 2014. Australian officials euthanized a group of sickly koalas this week following a health assessment of an"overabundant" koala colony. Photo by Kevin Lamarque/Reuters