One of Europe’s most wanted men confessed to his role in the terrorists attacks on Paris and Brussels after he was taken into custody a day earlier by police along with several others, Belgian authorities said Saturday.

Authorities say Belgian citizen Mohamed Abrini, 31, is the suspect widely referred to as “the man in the hat” after being captured on video surveillance at Brussels airport last month. Abrini was allegedly seen alongside two accomplices, who later killed 16 people in separate suicide bombings inside the building’s departure hall. Another 16 people also died in a third bombing inside a Brussels subway car.

Abrini was taken in custody by police in Brussels on Friday, later admitting to playing a part in the assaults, officials said. 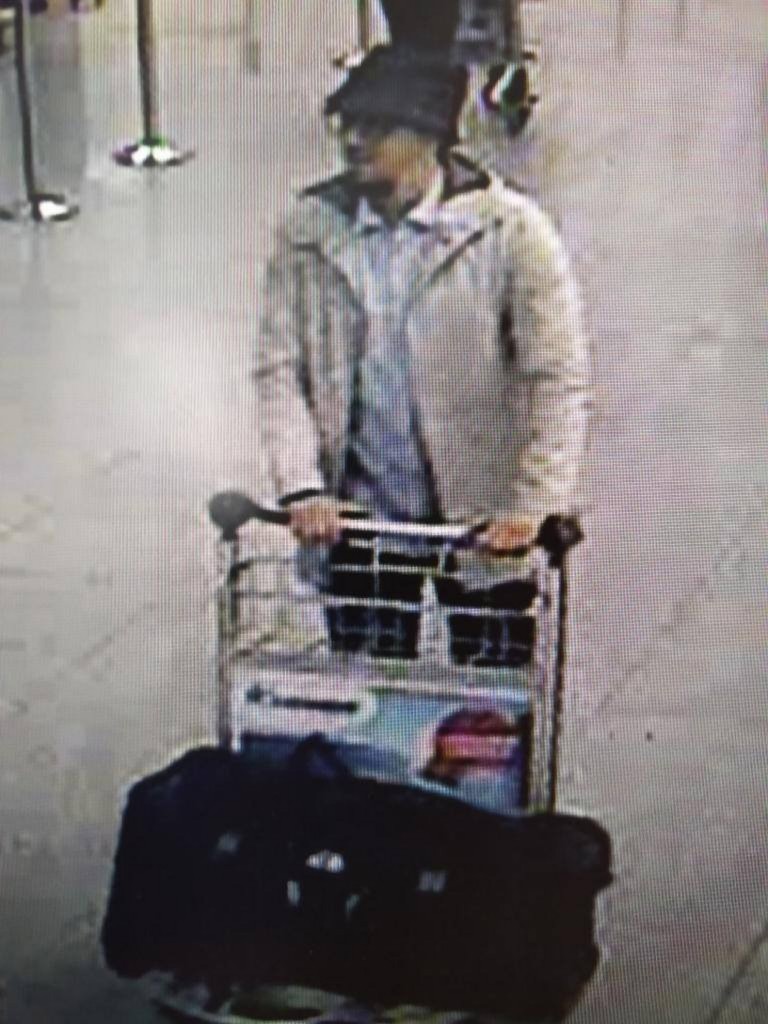 In this handout provided by the Belgian Federal Police, a screengrab of the airport CCTV camera shows a suspect from this morning’s attacks at Brussels Airport pushing a trolly with suitcases, on March 22, 2016 in Zaventem, Brussels, Belgium. At least 31 people are thought to have been killed after Brussels airport and a Metro station were targeted by explosions. The attacks come just days after a key suspect in the Paris attacks, Salah Abdeslam, was captured in Brussels. Belgian Federal Police via Getty Images

According to a statement released by Belgian federal prosecutors, Abrini will face terrorism charges related to a string of incidents across sections of Brussels and Paris that killed more than 160 people in March and November.

The prosecutors said Abrini was confronted by video evidence, which led to his admission.

“He had no other choice,” the statement read. “He is charged with participation in the activities of a terrorist group and terrorist murder.”

Police said Abrini is a childhood friend of Salah Abdeslam, who is also accused of his involvement in the Paris attacks and was taken into custody days before the assaults on Brussels.

Three other people were also charged on Saturday for their participation in the attacks in France and Belgium. One of those individuals, Osama Krayem, had allegedly purchased garbage bags used on the day of the Brussels assaults and was also said to be in the vicinity of the subway bombing on March 22, prosecutors told Reuters.

Left: Belgian police officers stand guard in a street in Etterbeek, Brussels, as part of the investigation into the November 13 Paris attacks in which 130 died and the March 22 attacks which left 32 dead in Brussels. The prosecutor said on April 8 that five people had been been arrested but a spokesman confirmed Saturday that a sixth was being held. Photo by Thierry Charlier/AFP/Getty Images