Candles lit across France on second day of national mourning

People lit candles, posted placards and paid tribute across France on Sunday in remembrance of the victims killed in the terror attacks that hit Paris on Friday night.

Paris officials reported the death toll at 129, with more than 350 injured.

At the famed Notre Dame Cathedral in the city’s fourth Arrondissement, thousands of mourners paid tribute to the victims as the church held a special service.

Museums and other major attractions across the capital city remained closed for a second day. 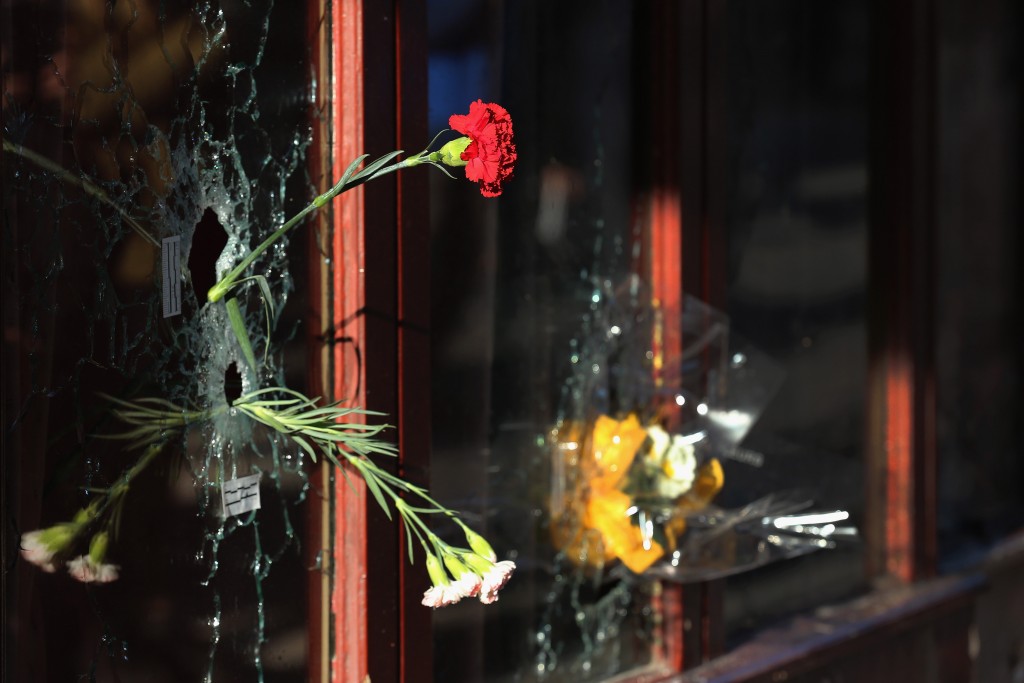 A flower is placed inside a bullet hole in the window of Le Carillon restaurant in tribute to the victims of the terror attacks on November 15, 2015 in Paris, France. Photo by Christopher Furlong/Getty Images 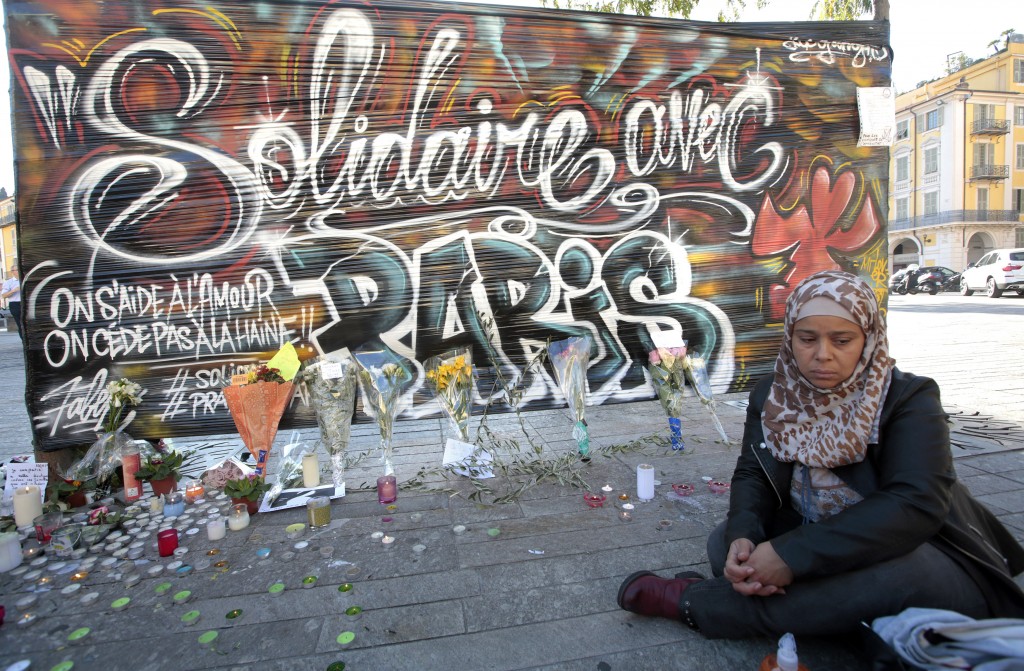 A woman sits by a poster which reads “Solidarity with Paris” in Nice, France, November 15, 2015, after a series of deadly shootings in Paris on Friday. Photo by Eric Gaillard/Reuters 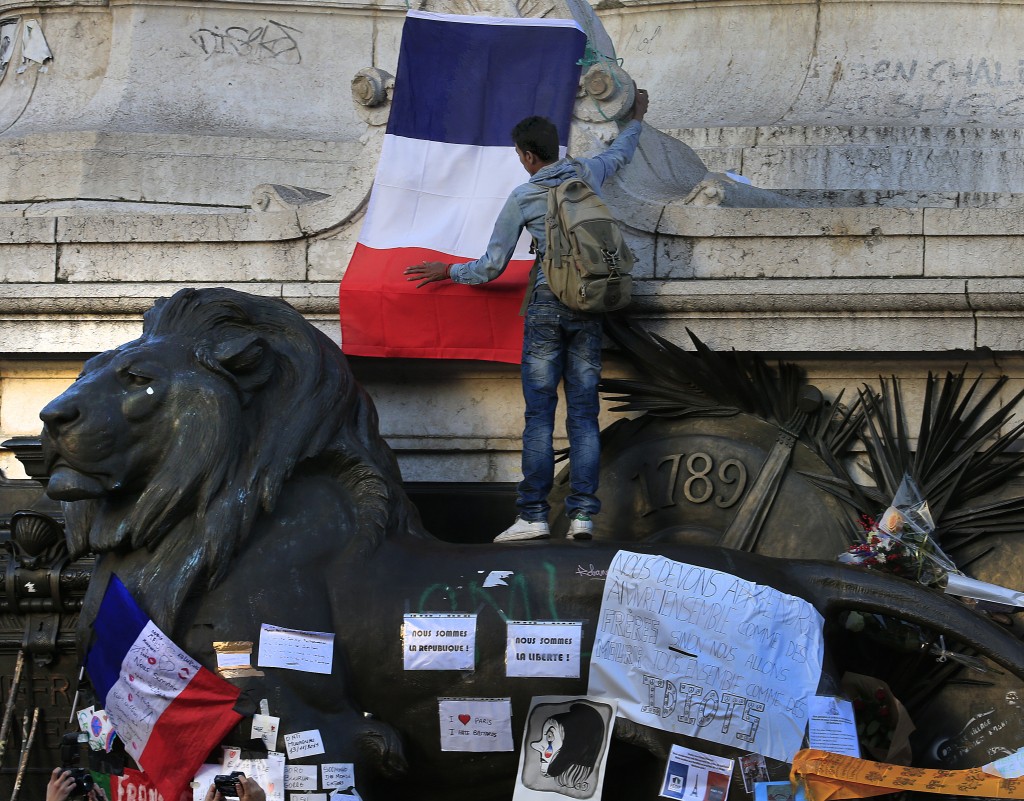 A man attaches a French flag to a statue at Place de la Republique near sites of the deadly attacks in Paris, November 15, 2015. Photo by Pascal Rossignol/Reuters 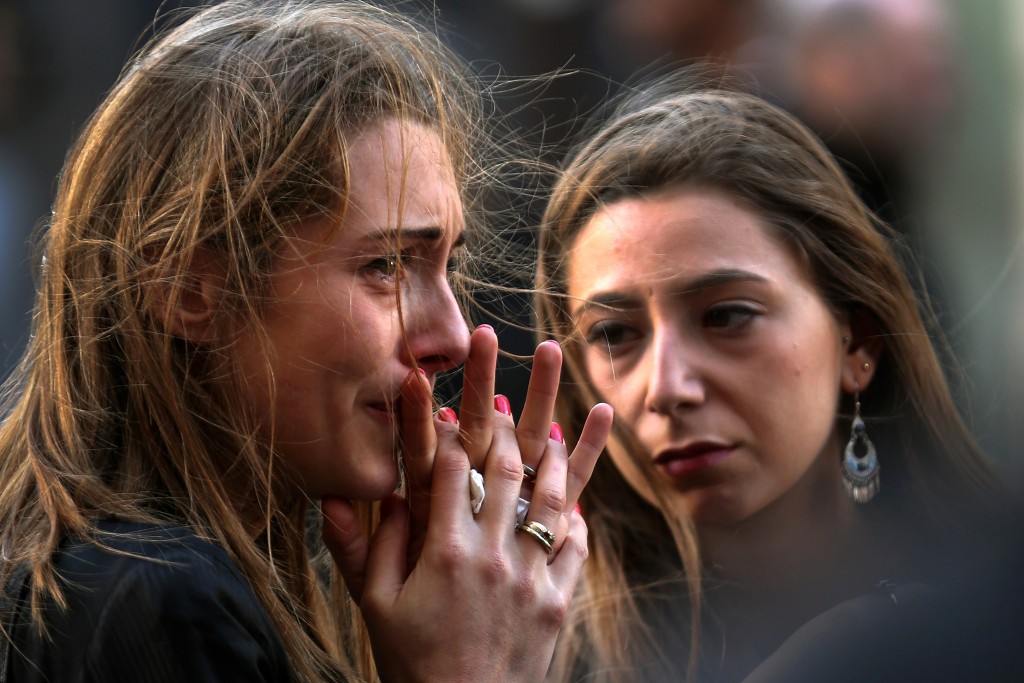 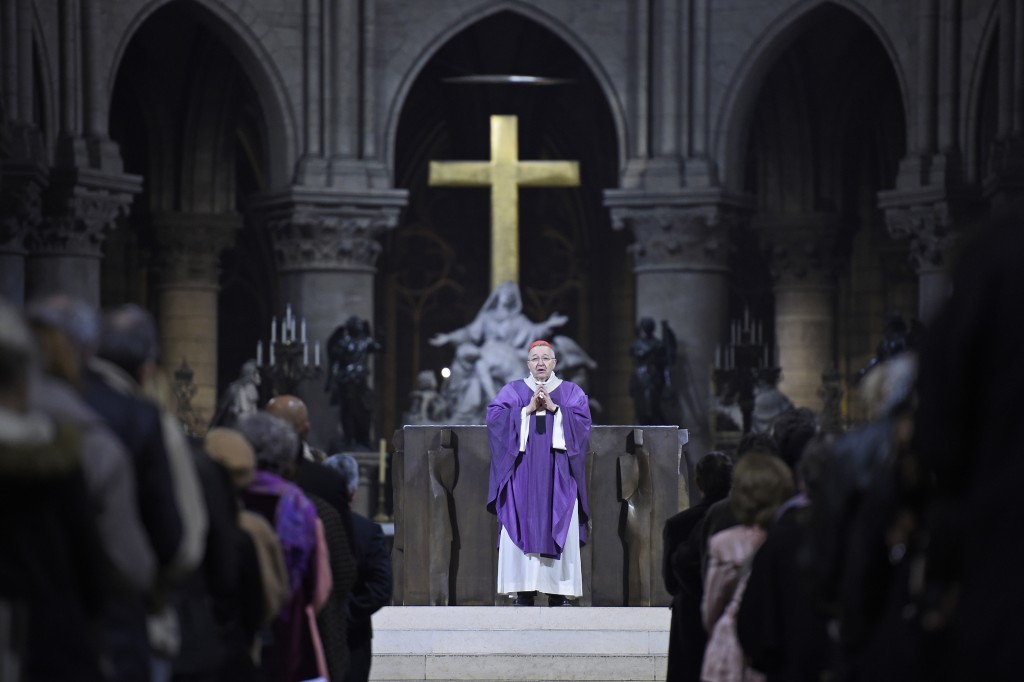 The Archbishop of Paris, Andre Vingt-Trois says mass at the Notre Dame Cathedral in Paris, France, November 15, 2015, in homage to the victims of a series of fatal shootings in the French capital on Friday. Photo by Lionel Bonaventure/Reuters 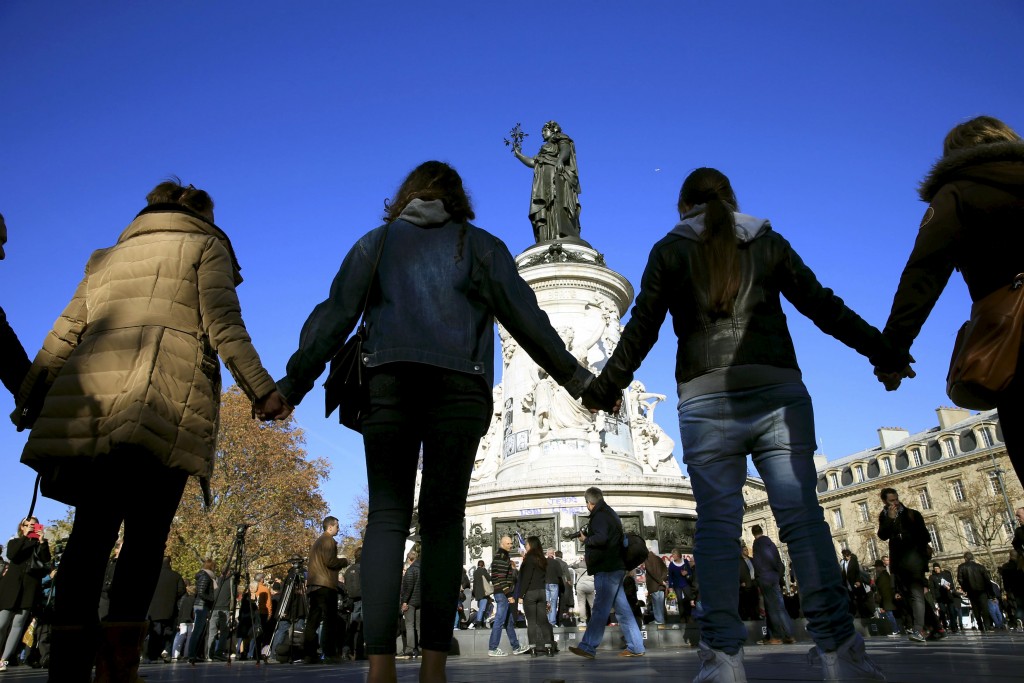 People hold hands to form a human solidarity chain near the site of the attack at the Bataclan concert hall in Paris, November 15, 2015. Photo by Pascal Rossignol/Reuters 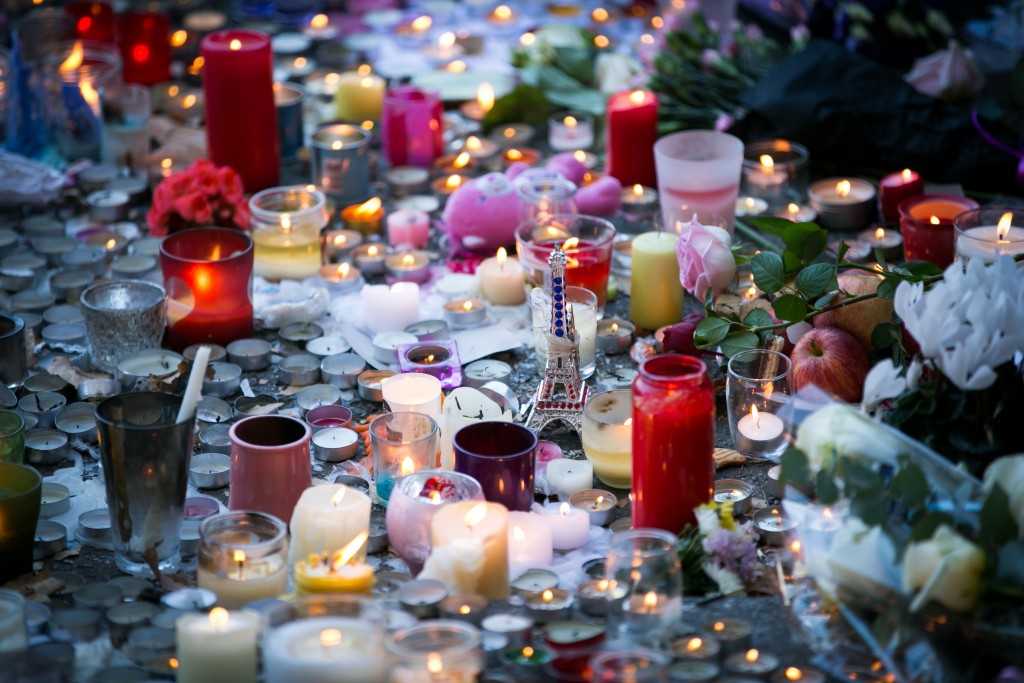 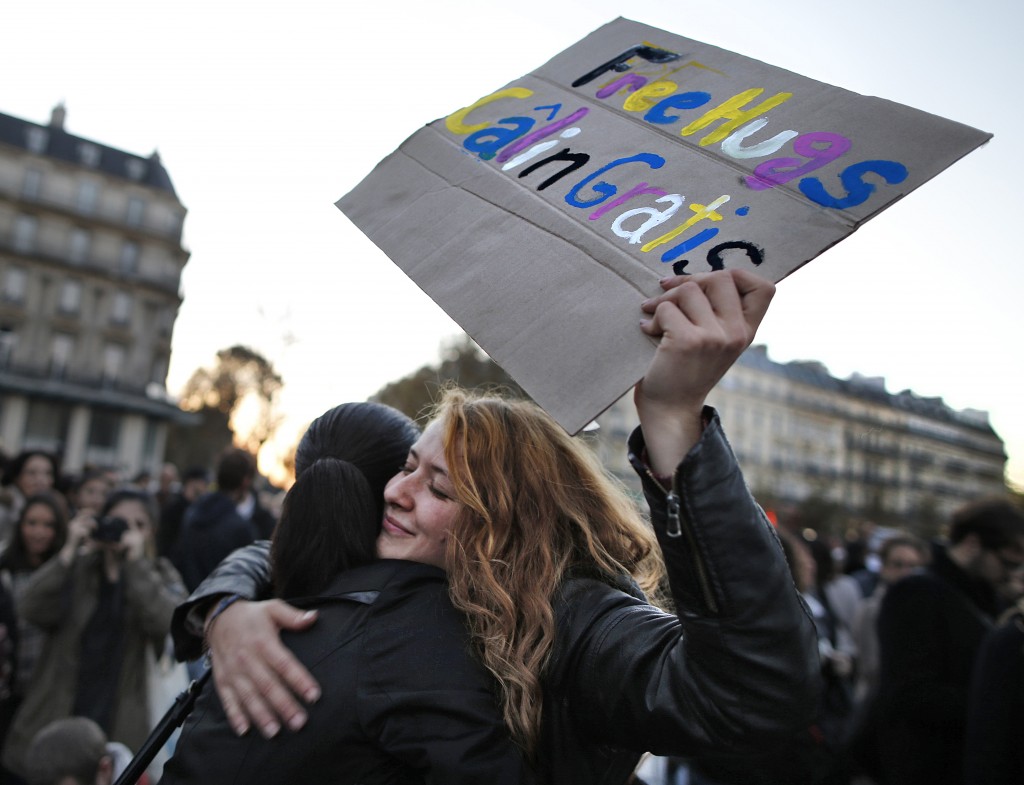 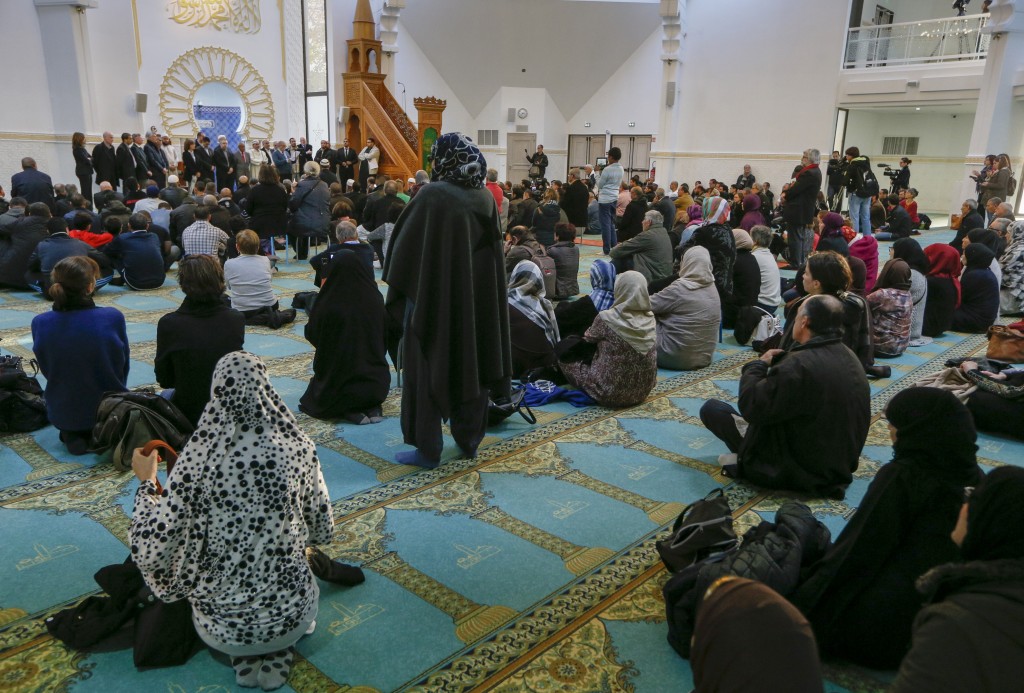 Several hundred people, Muslims and non-Muslims, gather to pray at the Grande Mosque in Lyon, France, November 15, 2015, for the victims of the series of shootings in Paris on Friday. Photo by Robert Pratta/Reuters 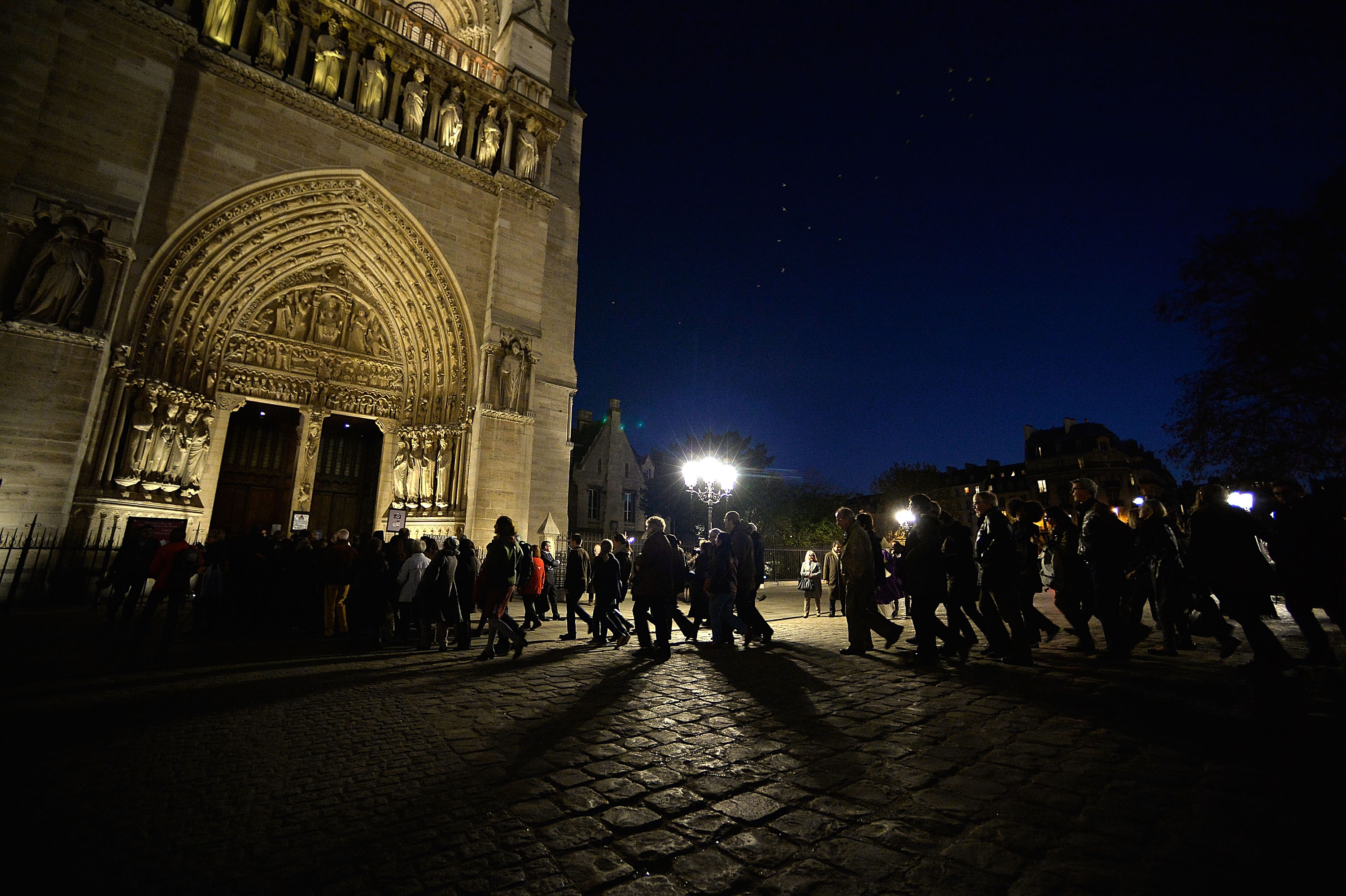 People walk to the Notre Dame Cathedral ahead of a ceremony to the victims of the friday’s terrorist attacks on November 15, 2015 in Paris, France. Photo by Pascal Le Segretain/Getty Images 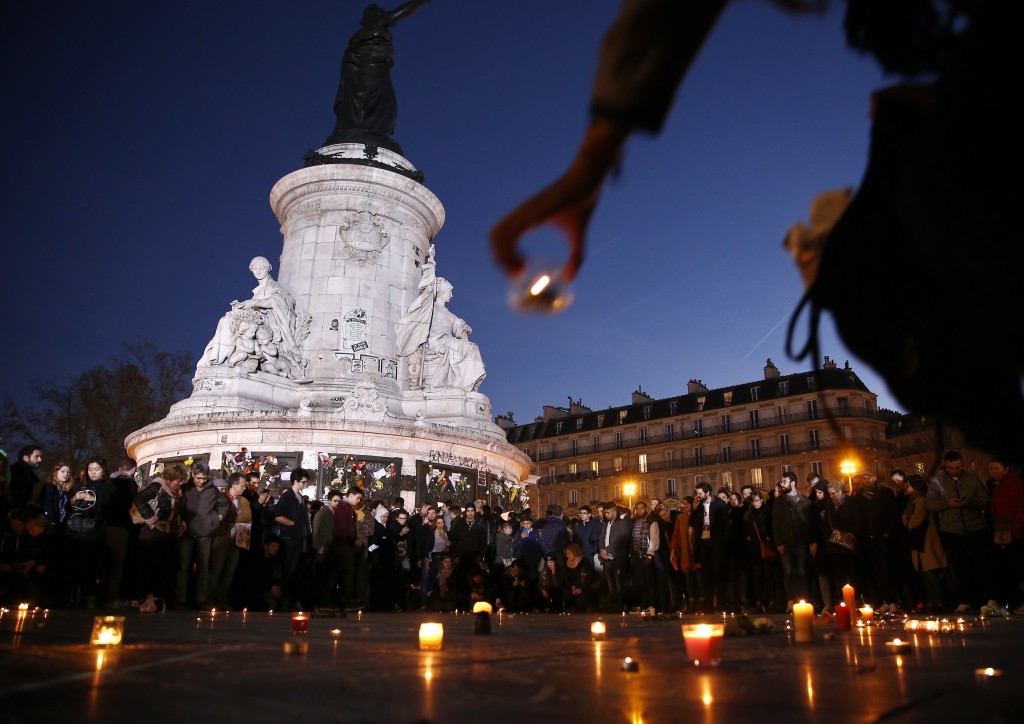 A candle is placed during a vigil in Place de la Republique following the series of deadly attacks in Paris, November 15, 2015. Photo by Benoit Tessier /Reuters

Left: Crowds gather as candles are lit near the Bataclan theatre as France observes three days of national mourning on November 15, 2015 in Paris, France. Photo by Marc Piasecki/Getty Images