A suicide bomber who hid explosives inside an ambulance killed at least 95 people and injured 158 others in Afghanistan’s capital city of Kabul on Saturday after detonating the device near a police checkpoint.

Nasrat Rahimi, deputy spokesperson for Afghanistan’s Interior Ministry, said the assailant used the ambulance to get through one checkpoint, then detonated the explosives at a second checkpoint after being stopped by police.

“The majority of the dead in the attack are civilians, but of course we have military casualties as well,” Rahimi said. 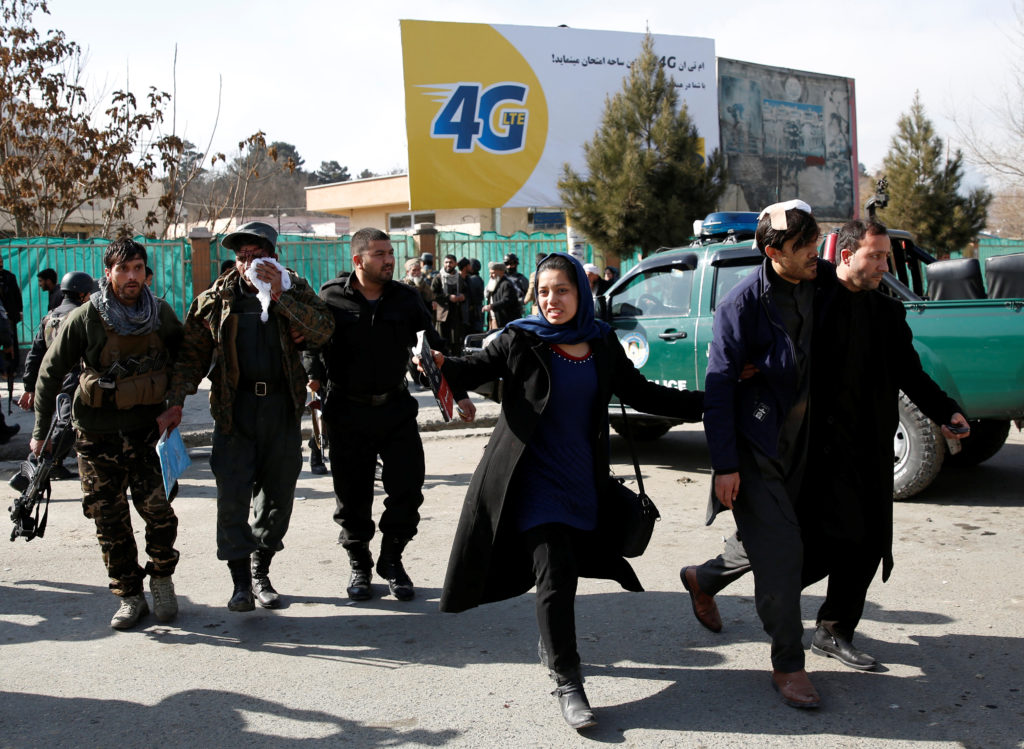 Afghan security forces members and civilians assist the injured after a blast in Kabul, Afghanistan January 27, 2018. Photo By Mohammad Ismail/Reuters

The Taliban claimed responsibility for the attack, which came less than a week after Taliban militants stormed a hotel in Kabul and killed 22 people.

On Saturday, witnesses describe a scene of chaos as smoke spewed from the blast site where surrounding shops and vehicles were demolished and people rushed to help bloodied victims in the street.

Dozens of wounded people were taken to local hospitals, which were overwhelmed by the number of injured.

In a statement, Tadamichi Yamamoto, head of the United Nations Assistance Mission in Afghanistan, condemned the attack and said there were “credible reports” that the vehicle used to carry the explosives had been “painted to look like an ambulance, including bearing the distinctive medical emblem, in clear violation of international humanitarian law.”

“Today’s attack is nothing short of an atrocity, and those who have organized and enabled it must be brought to justice and held to account,” he said.