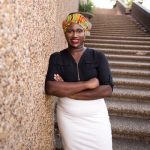 Column: Why Castro was so deeply loved by some, and hated by others

World Dec 28, 2016 5:45 PM EDT
“In this country, our understandings of heroism have always been informed by an ugly past of racial prejudice and discrimination.”

Fidel Castro’s death saw the Cuban revolutionary re-enter the U.S. imaginary as a villain, a communist dictator opposed to core U.S. values and ethics. A significant number of mostly-white Cubans in Miami and elsewhere throughout the United States celebrated his death as the end of ideologies that they believe obstructed democracy and freedom on the island nation. For them, Castro was a leader whose early promises of justice only deteriorated into tyranny that broke apart families and lead to the imprisonment and deaths of those who opposed his leadership. Conversation worldwide, however, differs along racial lines.

Acknowledgement of the complicated nature of the Cuban Revolution and the resistance of its leader against the United States government, despite the harsh impact of the U.S. embargo on the Cuban people, unveils a nuanced racial analysis of the United States’ nemesis of over 50 years. In this country, our understandings of heroism have always been informed by an ugly past of racial prejudice and discrimination. 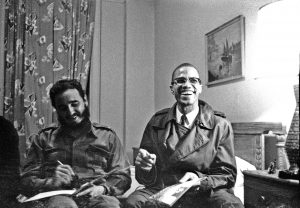 In 1960, Fidel Castro met with Malcolm X in New York. Castro’s support of Civil Rights and Black Liberation movements in the U.S. made him popular among many African-Americans. Photo by Prensa Latina/Reuters

While many white Americans associate Castro with communism and dictatorship, many African-Americans associate Castro with liberation – citing Castro’s meeting with Malcolm X and granting political asylum to Assata Shakur as examples. Within the black community globally, Castro’s contributions to anti-colonialist struggles are weighed alongside criticisms of his crackdown on dissent and racial disparities on the island.

Castro’s legacy is one of complexity and controversy and the split in perceptions of heroism and tyranny along racial and ethnic lines goes beyond the contentious relationship between the United States and Cuba. For some, Castro’s vision and implementation of Cuban internationalism, and contributions to anti-colonialist movements significantly impacted the lives of millions of people throughout the world.

He focused largely on medical and educational collaborations and furthering the fight against imperial rule — providing military assistance that led to independence in Namibia and the end of apartheid rule in South Africa. Thousands of Africans have been educated in Cuba over the past five decades with costs of attendance being split between the Cuban government and the government of the student’s nation.

In Latin America and the Caribbean, Castro is regarded as an “outstanding friend and genuine partner” who has helped develop independent countries across the hemisphere. Over the past four decades, Cuba has trained thousands of Caribbean nationals in various disciplines at no cost to the students. Castro is also recognized for his responses to international crises, most notably for the work of the Henry Reeve Brigade — a group of more than 1,200 Cuban doctors and nurses who were among the first on the ground following the earthquake Haiti in 2010 and West African Ebola outbreak in 2014.

The U.S. turned down Cuba’s offer of medical assistance following Hurricane Katrina’s devastation of the Gulf Coast in 2005. But Cuba’s educational internationalism has still extended itself to the people of the United States. Nearly 2,400 American students — many of whom are of color and from low-income households — were enrolled in Cuban universities during the 2014-2015 academic year.

While Castro is noted for his unwavering commitment to medical, military and educational internationalism in the African diaspora, his legacy among blacks is contrasted by the treatment of Afro-Cubans in his own country. Any forms of dissent and criticism of the revolutionary government have been met with imprisonment, the majority of those are Cubans of African descent. To date, the number of executions carried out by the Cuban government is still unclear but estimates range from 10,000 to 100,000 people, with the last known executions taking place in 2003. 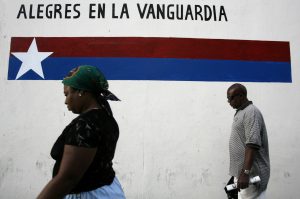 People walk past a sign reading “Happy in the vanguard”, on a street in Havana. Afro-Cubans are often subject to racial prejudice and disproportionate imprisonment for dissent. Photo by Claudia Daut/Reuters

Cuba’s human rights record is heavily cited as evidence of Castro’s tyrannical manner of governing the people of Cuba. The Office of the United Nations High Commissioner for Human Rights’ Committee on Torture has repeatedly engaged in dialogue with Cuban officials on the subjects of censorship, fair and expeditious asylum procedures, detention conditions, preventive security measures, the death penalty and deaths in custody (most recently in 2012). As of May 2012, the prison population of Cuba totals 57,337, many of whom have been detained for voicing critiques of the government.

But condemnation of Castro and the Cuban government, however, can in turn be said of the United States government as our nation has the highest prison population in the world, gross human rights violations at U.S. detention facilities, including Guantánamo Bay, as well as disproportionate detention and incarceration rates of black and Latino people in the U.S. prisons and immigrant detention centers.

Frankly, the heroes of the United States have not necessarily aligned with the heroes of marginalized peoples of this country nor with the heroes of the Global South. There was a time when Martin Luther King Jr. was labeled an agitator, Cesar Chavez was labeled a communist threat and Nelson Mandela a terrorist, holding a space on the U.S. Terrorist Watch List up until 2008. Even now, as President-elect Donald Trump appoints racists and white nationalists to his cabinet, there are calls for the Black Lives Matter Movement to be labeled a terrorist organization.

Fidel Castro has been and will continue to be one of the most controversial leaders of the 20th century and as we continue national dialogue on the different perspectives of his leadership, we must avoid martyrdom as well as vilification. Just as we condemn the suppression of dissent in Cuba and discuss the demographic makeup of the Cuban prison population, we must also acknowledge the active role Cuba played in the decolonization of Africa and the Caribbean, the training of professionals from these areas and efforts of Cuban medical and educational professionals throughout the Global South over the past 50 years.

As Afro-Cuban poet Aja Monet expressed, “We are multi-dimensional people. We don’t live in the binaries.” We must recognize the complexity of Castro and his legacy and in doing so, make room for just as complex reactions to his passing and his legacy.

Left: An Afro-Cuban woman holds a portrait of former president, Fidel Castro, while waiting to pay tribute to him in Revolution Square in Havana. Photo by Edgard Garrido/Reuters

Nana Brantuo is an educator, researcher and writer. A doctoral student, she centers her academic interests on the mobility, migration and the educational experiences and trajectories of African and African descendant peoples. Her academic work has taken her to various states and countries around the world with her most recent travels taking her to Cuba and Haiti.