A 6.6. magnitude earthquake struck central Italy on Sunday and injured at least 20 while knocking down buildings in the Apennine Mountain region of the country, which had already been decimated by another tremor in August that killed more than 300 people.

Initial reports indicated there were no fatalities, even though Sunday’s earthquake was the strongest to hit the country since 1980, when more than 3,000 people were killed by a 6.9 magnitude earthquake in southern Italy, according to the U.S. Geological Survey.

“It is since 1980 that we have had to deal with an earthquake of this magnitude,” Fabrizio Curcio, the head of Italy’s Civil Protection agency, told the Associated Press. 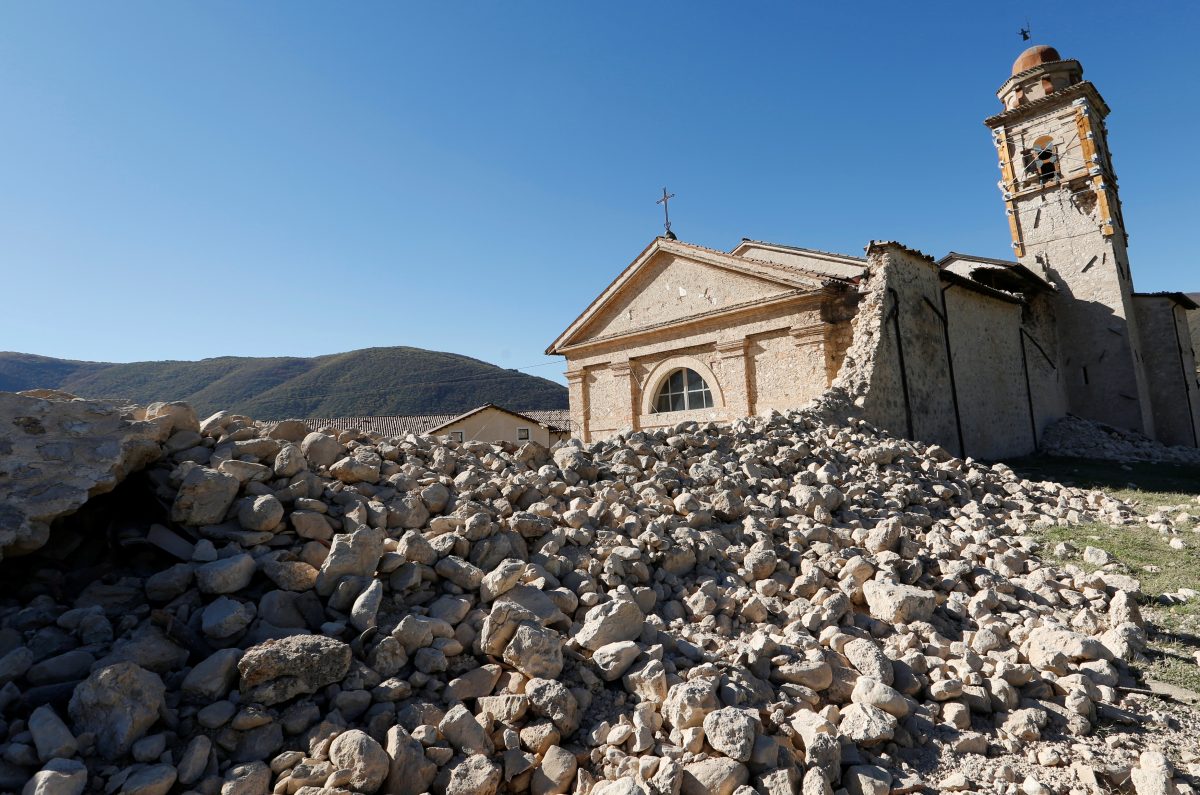 Aftershocks are expected to continue for “weeks and possibly months,” the survey said in a statement released on Sunday, adding that “the possibility of similar sized or larger events” could not be ruled out.

The region is located near a major fault line and has endured dozens of quakes in recent months, the AP reported. Two significant earthquakes last week caused at least 3,600 people to leave their homes. Those who remained flooded into the streets Sunday morning as buildings buckled and collapsed. 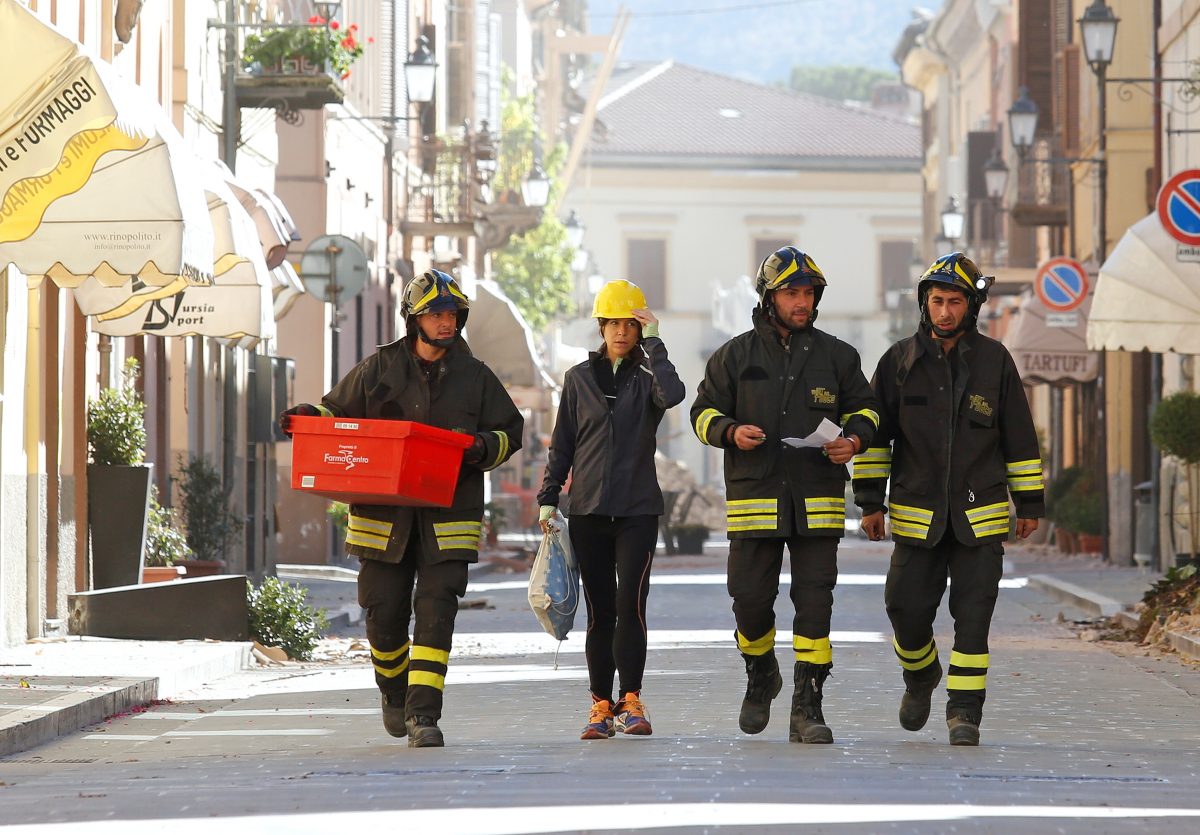 The ancient city of Norcia was closest to the quake’s epicenter, though tremors could be felt as far north as the Austrian border, according to the AP.

Many of the city’s newer homes built to withstand earthquake were spared damage, Reuters reported, but Norcia’s Basilica of St. Benedict, which dates back to the 14th Century, was destroyed.

“This is a tragedy. It is a coup de grace. The basilica is devastated,” Bishop Renato Boccardo of Norcia said. “Everyone has been suspended in a never-ending state of fear and stress. They are at their wits end.” 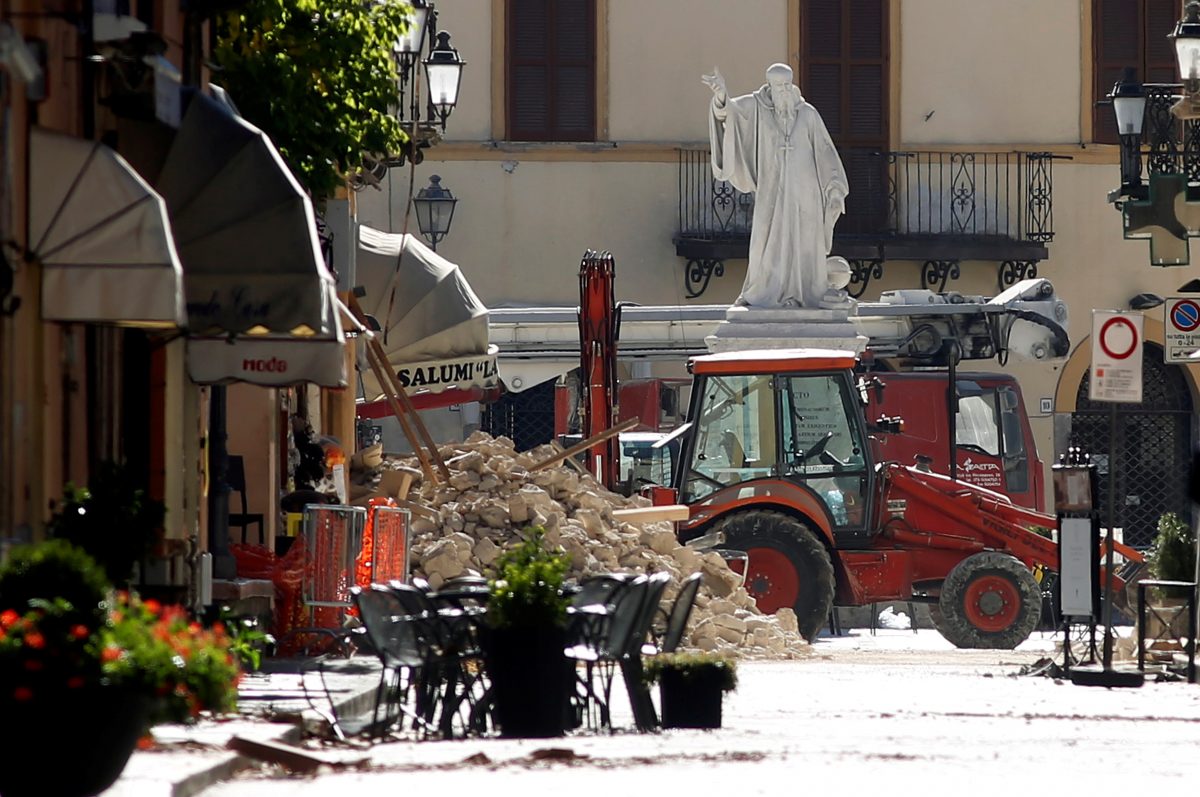 Rubble is seen in the main square of the Italian city of Norcia, following the largest earthquake to strike the country in 36 years. October 30, 2016. Photo By Remo Casilli/Reuters

Italian Prime Minister Matteo Renzi said the country would begin reconstruction in the area during the coming years.

“We will rebuild everything, the houses, the churches and the businesses,” Renzi said. “Everything that needs to be done to rebuild these areas will be done.” 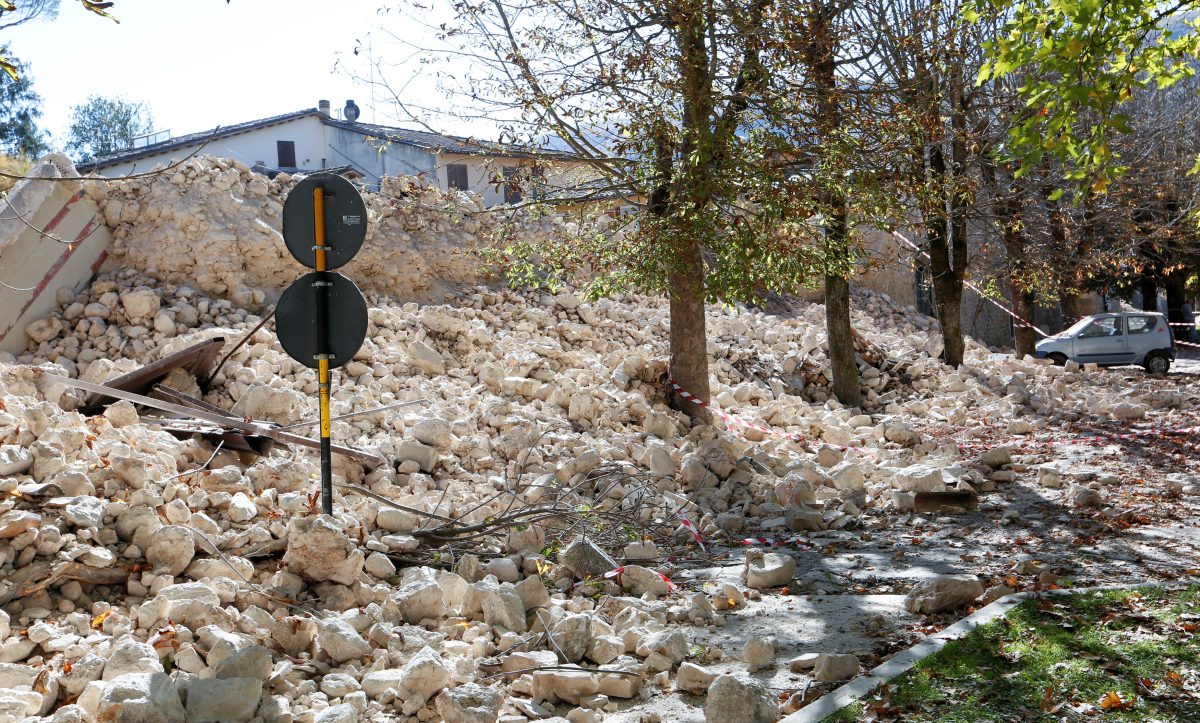 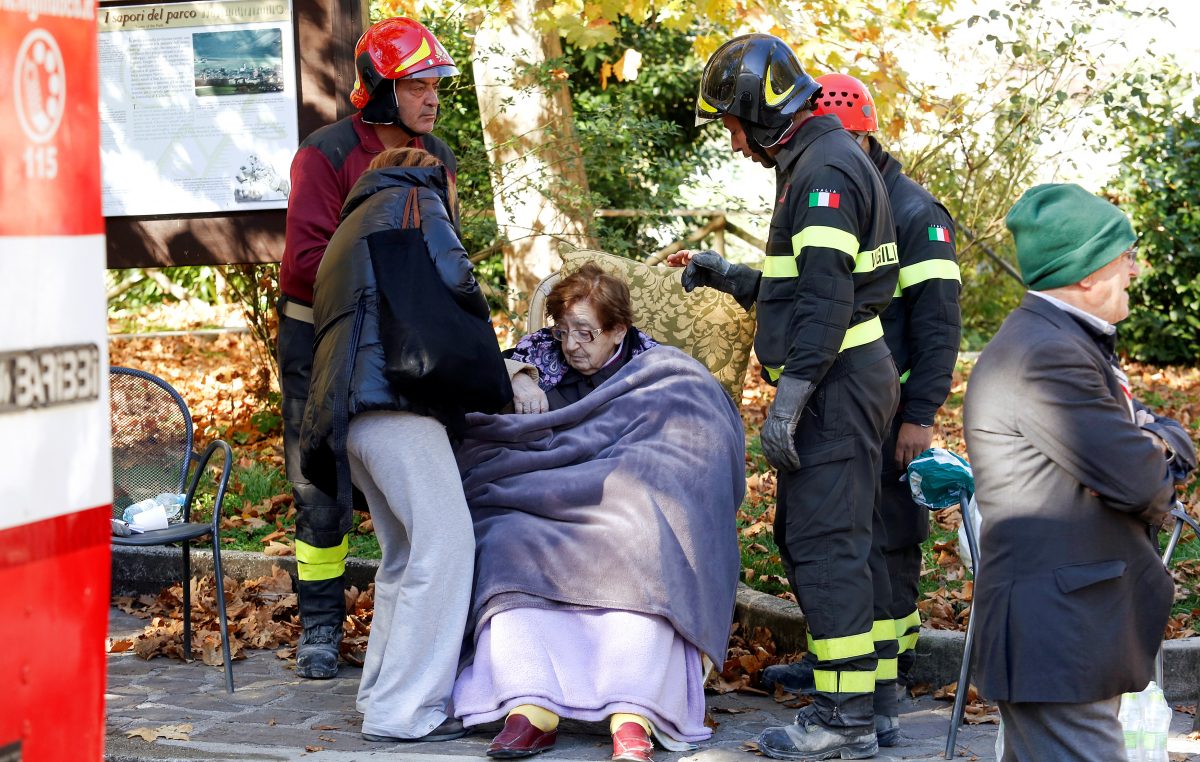 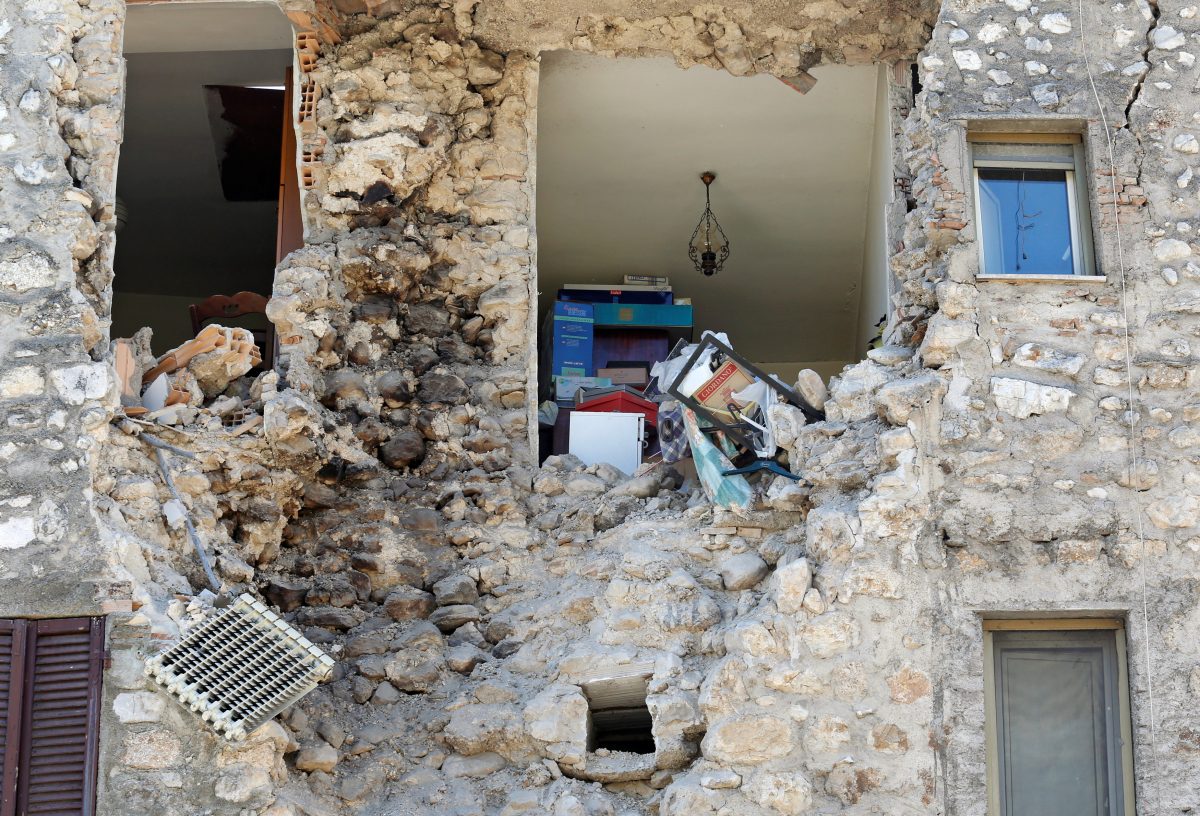 A damaged house is seen following an earthquake in Norcia, Italy, October 30, 2016. Photo By Remo Casilli/Reuters