Indonesian counter-terrorism police arrested at least 10 people this week accused of planning separate attacks around the country during the Christmas holiday.

The individuals were allegedly in the process of coordinating a suicide bombing in the Indonesian capital of Jakarta and also set to target the country’s minority Shiite Muslim community.

On Sunday, police removed bomb-making material, weapons and training manuals from the suspects’ homes in five cities located on Java, the country’s most populated island.

The raids also uncovered a cache of chemicals and weapons found buried under a tree at one site. 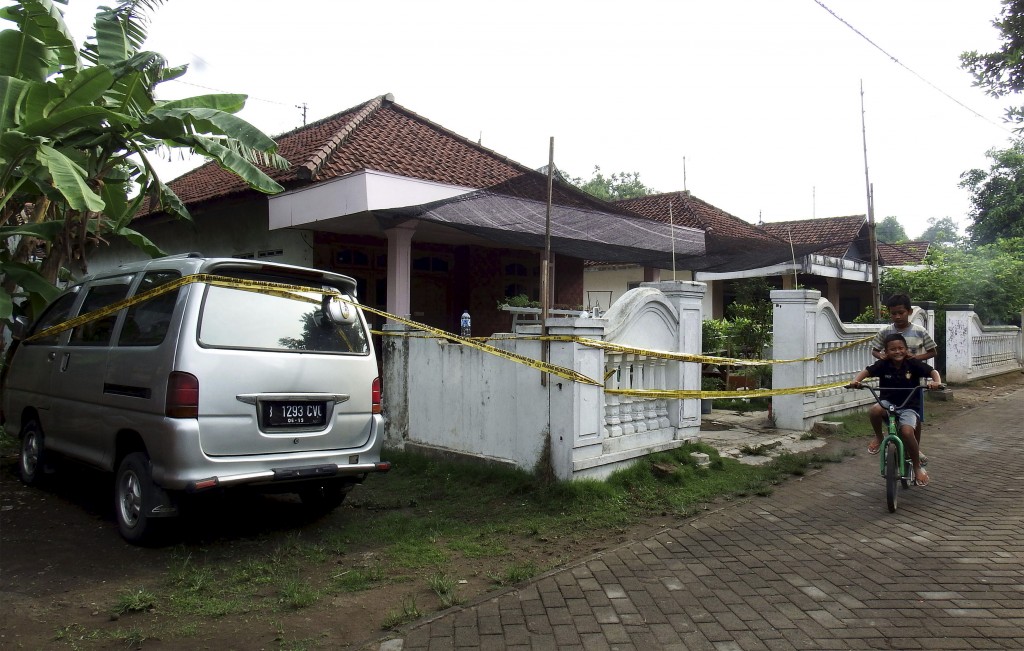 Children ride a bike past a house with police tape around it, following a raid by anti-terror police on the island of Java on Sunday. Photo by Syaiful Arif via Reuters

Although the individuals were arrested in different areas, the potential attacks appeared to be coordinated, a police source told Reuters.

Four suspects were said to be affiliated with an extremist group called Jemaah Islamiyah, which killed more than 200 people in the 2002 bombing of a Balinese nightclub, and is reportedly linked to Al Qaeda, police said.

Gen. Badrodin Haiti, Indonesia’s national police chief, said he believed some of the suspects also have ties to the Islamic State.

“Some are ISIS members and others are sympathizers,” he told the Jakarta Globe.

Badrodin said the raids were held on Friday and Saturday after a tip from United States and Australian intelligence services. 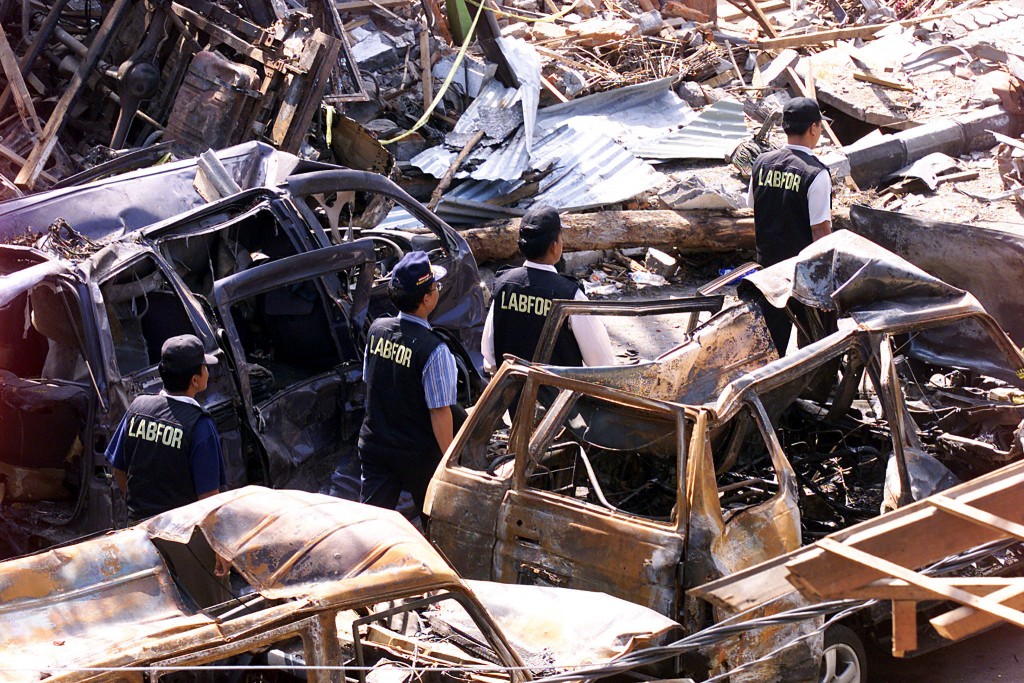 Indonesian forensic policemen walk past destroyed cars near a Bali bombing in 2002. Photo By Beawiharta/Reuters

Indonesia has the largest Muslim populace in the world and is made up of a chain of islands stretching across hundreds of miles.

The attacks were reportedly planned to be carried out on the islands of Java and Sumatra.

Left: Armed anti-terror police are shown here on March 22, 2015, carrying bags of evidence from the house of a man suspected of being involved in Islamic State-related activities in Indonesia. On Sunday, squad members arrested several more suspects accused of planning an attack during the Christmas holiday. Photo by Muhammad Iqbal/Reuters