KIEV, Ukraine — A comedian who’s never held political office tops the public opinion polls ahead of Ukraine’s presidential election, but even he appears to be falling far short of enough support to win in the first round.

Ukrainians on Sunday will choose from among 39 candidates for a president they hope can guide the country of more than 42 million out of troubles including endemic corruption, a seemingly intractable war with Russia-backed separatists in the country’s east and a struggling economy.

President Petro Poroshenko, who was elected three months after those protests, is running for another term but a poll released Friday by the Kiev International Institute of Sociology showed him with support of just 13.7 percent of the voters. 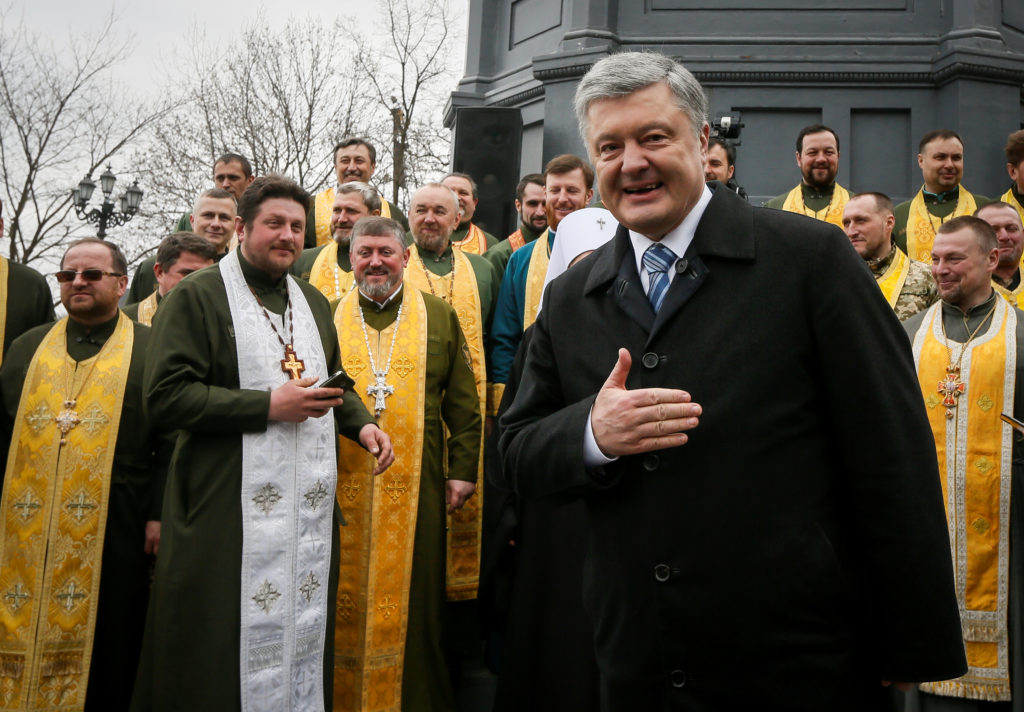 Volodymyr Zelenskiy, who shot to national prominence by playing the role of president in a television comedy series, topped the poll at 20.9 percent.

Yulia Tymoshenko, a former prime minister making her third run at the presidency, was in third with 9.7 percent.

If no candidate gets an absolute majority of the votes on Sunday, a runoff between the top two will be held April 21. Nearly a quarter of those who intend to vote say they remain undecided, according to the survey.

All the leading candidates advocate Ukraine eventually joining NATO and the European Union, and the election will be closely watched by those organizations for indications of whether Ukraine is developing democratic processes.

Concern about the election’s freedom and fairness spiked this week after the country’s interior minister said he was looking into hundreds of claims that campaigners for Poroshenko and Tymoshenko were offering money to voters to support their candidates.

Zelenskiy, 41, is famous for his TV portrayal of a schoolteacher who becomes president after a video of him denouncing corruption goes viral. Even before he announced his candidacy, Zelenskiy’s name was turning up high in pre-election public opinion polls, with potential voters seemingly encouraged by his “Servant of the People” TV series (which became the name of his party). 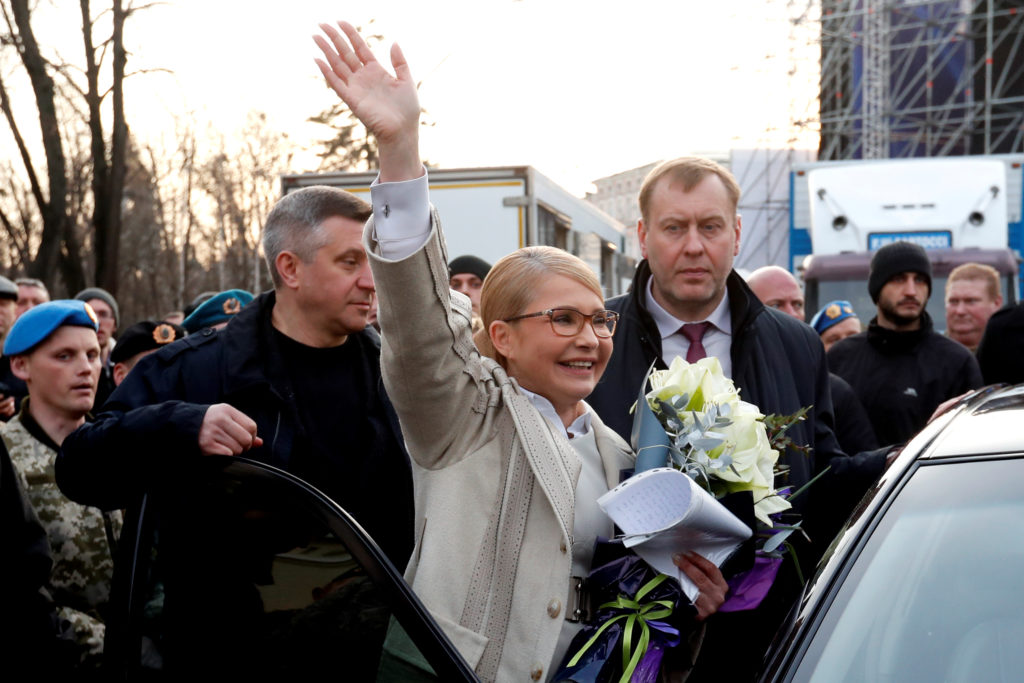 Like his TV character, Zelenskiy the candidate has focused strongly on corruption. He proposes a lifetime ban on holding public office for anyone convicted of corruption and calls for a tax amnesty under which someone holding hidden assets would declare them, be taxed at 5 percent and face no other measures. He also calls for direct negotiation with Russia on ending the conflict in eastern Ukraine.

“We are tired of the old politicians who give out new promises, while they themselves only steal and increase corruption,” Zelenskiy supporter Oleg Derun said Saturday.

Poroshenko, the 53-year-old incumbent, came to power in 2014 with the image of a “good oligarch.” The bulk of his fortune came from the Roshen confectionery company, hence his nickname “The Chocolate King.”

Critics denounce him for having done little to combat Ukraine’s endemic corruption and for failing to end the war in the east. He has made economic reforms that pleased international lenders, but that burdened Ukrainians with higher utility bills. He did, however, score significant goals for Ukraine’s national identity and its desire to move out of Russia’s influence. He signed an association agreement with the European Union so Ukrainians now can travel visa-free to the European Union. He pushed successfully for the Ukrainian Orthodox Church to be recognized as self-standing rather than just a branch of the Russian church.

Poroshenko reinforced the latter issue on Saturday, even though campaigning is not allowed on the day prior to elections, by holding public prayers with the head of the new Ukrainian church,

Poroshenko “needs time to complete reforms, which are moving, but slowly,” said soldier Ihor Shumeiko, who attended the prayer service.

Tymoshenko is playing heavily to the economic distress of millions of Ukrainians. She has promised to reduce prices for household gas by 50 percent within a month of taking office, calling the price hikes introduced by Poroshenko “economic genocide.” She also promises to take away constitutional immunity for the president, the judiciary and lawmakers.

She was named prime minister after the 2004 Orange Revolution protests in which she was a major figure. But her image darkened as she and President Viktor Yushchenko quarreled chronically, and she lost to Moscow-leaning Viktyor Yanukovych in the 2010 presidential election.

In 2011, she was arrested and charged with abusing power as premier in a natural gas deal with Russia. Tymoshenko said the proceedings were politically motivated revenge, and Western governments voiced concern about her incarceration. She was released amid the disorder of the 2014 overthrow of Yanukovych, and lost a presidential election to Poroshenko three months later.

Jim Heintz in Moscow contributed to this story.