Congo voters barred over Ebola vote anyway, by the thousands

BENI, Congo — They were barred from voting in Congo’s presidential election. They voted anyway.

On Sunday, thousands of men and women gathered in Beni to cast paper ballots they hoped that someone, somewhere, might take seriously. Last week, the electoral commission made the surprise decision to bar some 1 million voters in Beni and Butembo, cities in eastern Congo affected by a deadly Ebola outbreak.

Protests followed the decision as people demanded to vote with the rest of the country. Ebola facilities were attacked. Health teams suspended work for days. The World Health Organization chief warned that “prolonged insecurity” could bring a spike in Ebola cases. Congo was dangerously politicizing the outbreak, the International Rescue Committee said.

The electoral commission had allowed candidates to campaign in the outbreak zone, protesters said. Health officials had been prepared to screen all voters for fever. Hand sanitizer was deployed for use in polling stations. Angry residents asked, what was the sudden danger? 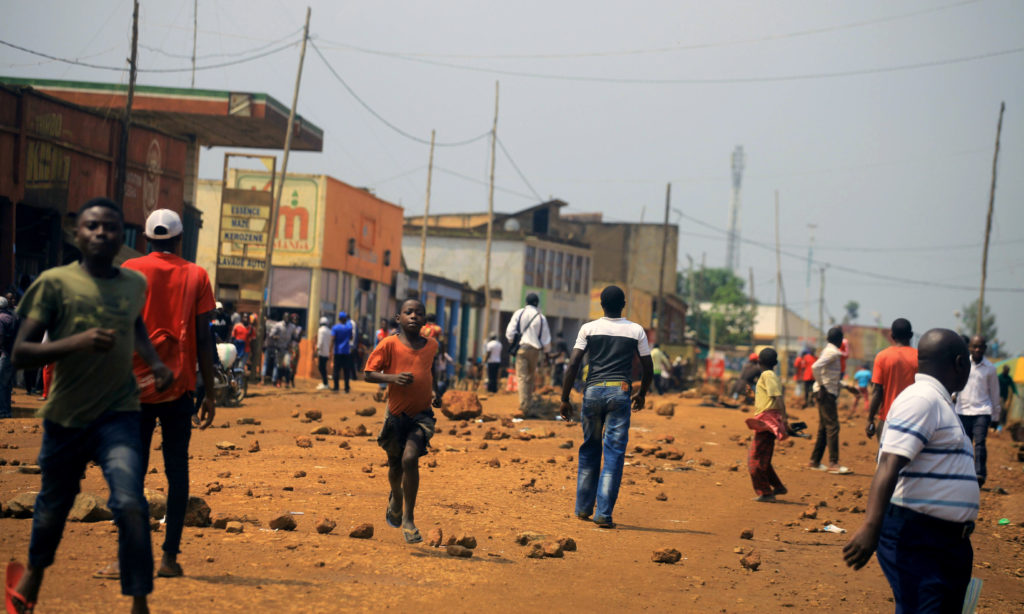 Demonstrators walk near a road barricade during protests over their exclusion from the presidential election in Beni, Democratic Republic of Congo December 28, 2018. Photo By Samuel Mambo/Reuters

The delay of the vote in the cities, which have many opposition supporters, undermines the credibility of the election to select a successor to departing President Joseph Kabila, critics said.

Officially, voting in Beni and Butembo will take place in March, months after Congo inaugurates its new president in mid-January.

They gathered at a stadium in the center of the city, carrying their voting registration cards. Youths wearing the vests of the electoral commission ringed the scene. A vuvuzela, the boisterous horn of soccer matches the world over, honked above the shouts of the crowd.

“Voting, it’s our right,” they chanted in Swahili while standing in line. 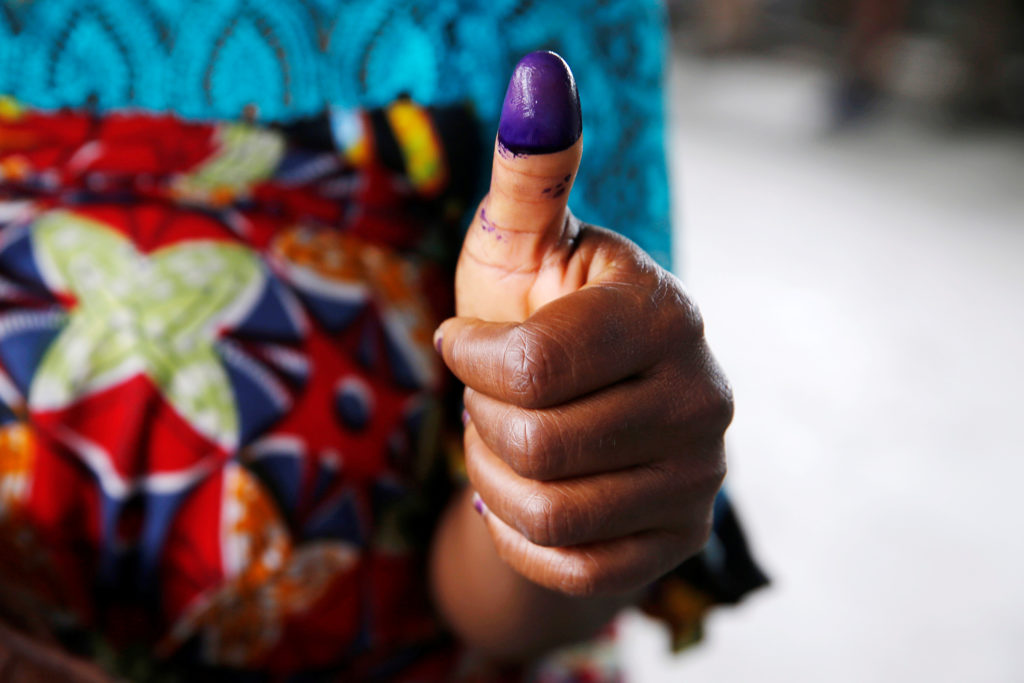 A woman displays the ink on her finger after voting at a polling station during the presidential election in Kinshasa, Democratic Republic of Congo, December 30, 2018. Photo By Baz Ratner/Reuters

Each was given a paper ballot — a piece of note paper, cut into pieces — to vote for president and national and provincial deputies. “Election Congo 2018,” it read.

Carefully, with a ballpoint pen, one woman filled out her ballot and waved it in the air in triumph. She dropped it into the plastic voting container.

“We do not have Ebola. Kabila is worse than Ebola,” said another voter, 24-year-old Jacob Salamu.

It was the first time he had ever voted. “I’ve been waiting here since 5 a.m. and I’ve just voted like my countrymen in Kinshasa and elsewhere,” he said.

An organizer of Sunday’s protest event, Paulin Mwithe, said the votes would be transmitted to the local bureau of Congo’s electoral commission and to the United Nations peacekeeping mission, which has been in the region for years amid threats from rebel groups.

The ballots will reach Kinshasa, the capital, in time to be announced with all the others, Mwithe declared.

By midday, well over 10,000 people were seen waiting in line in several locations around Beni. Some said they had walked for miles to vote.

In a dusty street near one of the makeshift polling stations, someone had placed a wooden cross. It said “Joseph Kabila, RIP.”

Left: Felix Tshisekedi, leader of the Congolese main opposition the Union for Democracy and Social Progress (UDPS) party and a presidential candidate, casts his ballot at a polling station in Kinshasa, Democratic Republic of Congo, December 30, 2018. Photo By Baz Ratner/Reuters