The decision sparked protests, some of them violent, which resulted in two deaths and about 30 injuries, the Associated Press reported.

The move puts South Korea into a state of political uncertainty in a region where North Korea is testing missiles and China is warning to act on the U.S. placement of an anti-missile system in South Korea.

Park was accused of working with her friend Choi Soon-sil to extort tens of millions of dollars from businesses. She had refused to undergo questioning, saying as a sitting leader she was legally immune from prosecution.

In 2004, South Korea’s parliament impeached another president, Roh Moo-hyun, but the Constitutional Court later reinstated him. 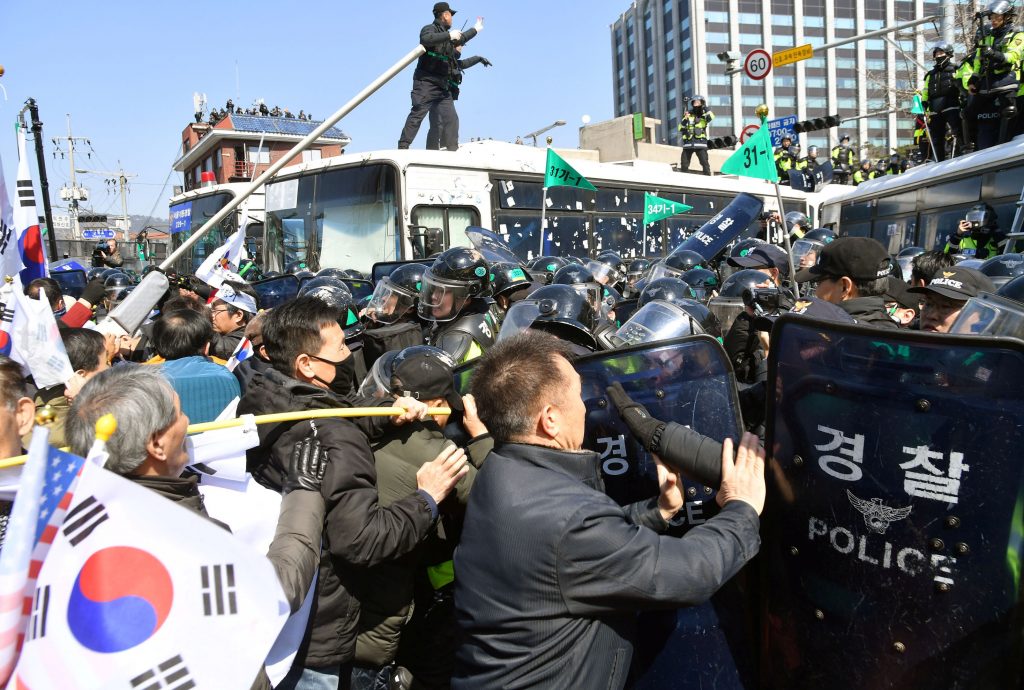 Protesters supporting South Korean President Park Geun-hye clash with riot policemen near the Constitutional Court in Seoul, South Korea, in this photo taken on March 10 by Kyodo via Reuters.

Park’s lawyer disparaged the verdict as coming from a “kangaroo court.”

Park is expected to move back to her private home in southern Seoul. The country will hold elections to select a new leader within two months.