BEIRA, Mozambique — Cyclone Idai’s death toll has risen above 750 in the three southern African countries hit 10 days ago by the storm, as workers restore electricity, water and try to prevent outbreak of cholera, authorities said Sunday.

“No government in the world can respond alone in these circumstances.” – Sebastian Rhodes Stampa, deputy director of the U.N. Humanitarian operation

In Mozambique the number of dead has risen to 446 while there are 259 dead in Zimbabwe and at least 56 dead in Malawi for a three-nation total of 761.

All numbers for deaths are still preliminary, warned Mozambique’s Environment Minister Celso Correia. As flood waters recede and more bodies are discovered, the final death toll in Mozambique alone could be above the early estimate of 1,000 made by the country’s president a few days after the cyclone hit, said aid workers. 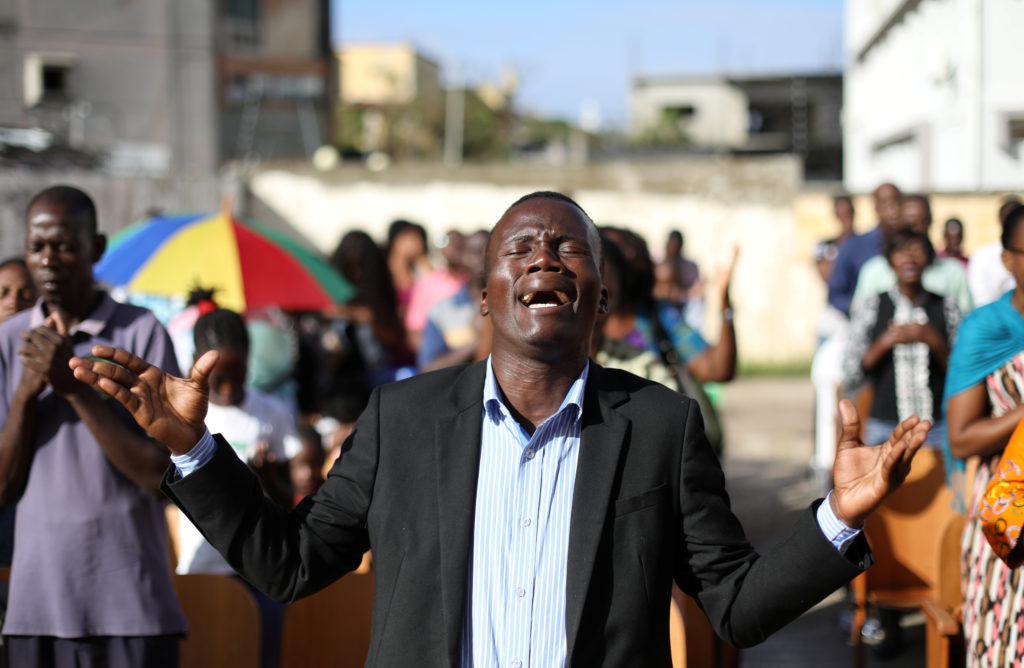 Congregants pray outside during a service after their church was destroyed by Cyclone Idai, in Beira, Mozambique, March 24, 2019. Photo by Siphiwe Sibeko/Reuters

Nearly 110,000 people are now in camps more than a week after Cyclone Idai hit, said Correia, the government’s emergency coordinator. As efforts to rescue people trapped by the floods wind down, aid workers across the vast region are bracing for the spread of disease. 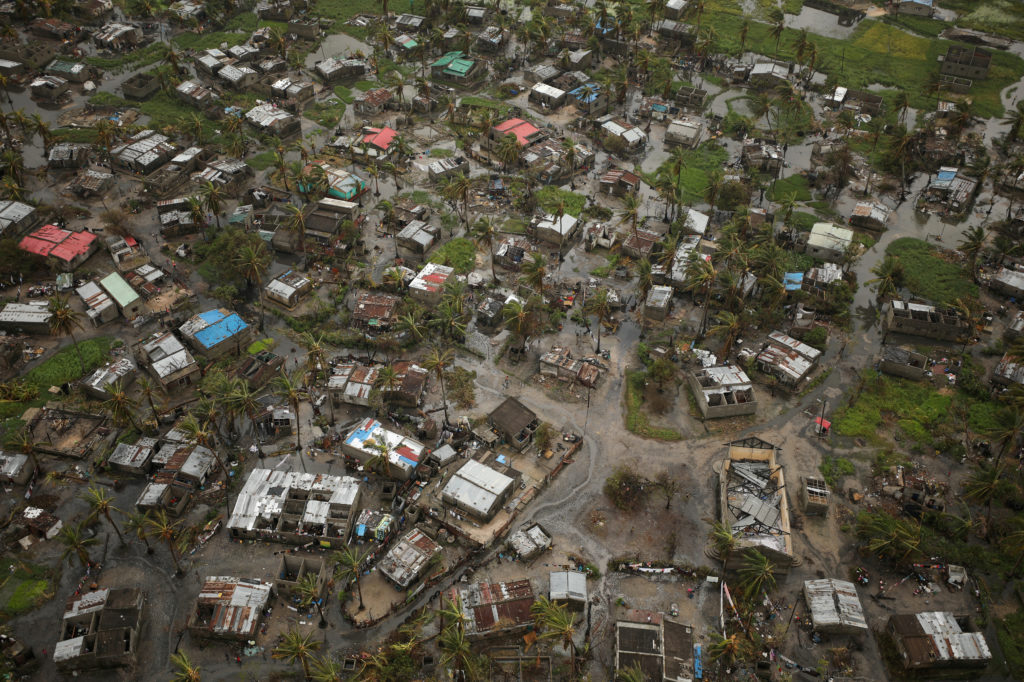 Flooded buildings are seen in Beira, Mozambique, in the aftermath of Cyclone Idai, March 23, 2019. Photo by Mike Hutchings/Reuters

“We’ll have cholera for sure,” Correia said at a press briefing, saying a center to respond to cholera has been set up in Beira though no cases have yet been confirmed. 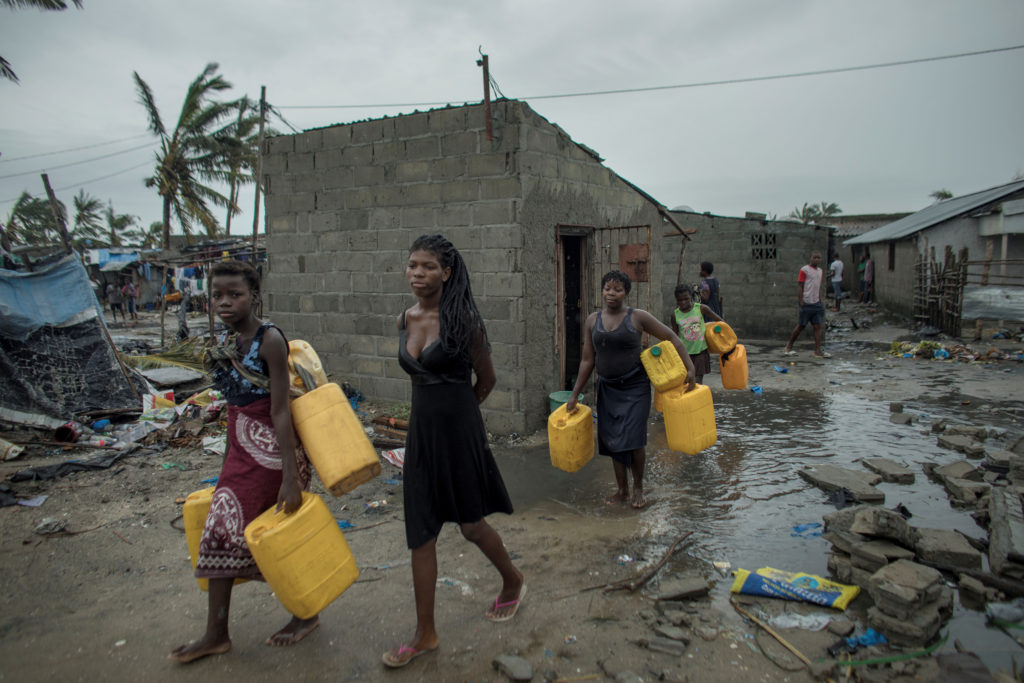 Repairs and bypasses are being built to the main road, EN6, which links Beira to the rest of Mozambique and the road should open Monday, said Correia. The restored road connection will allow larger deliveries of food, medicines and other essential supplies to be to be brought to Beira and to flooded areas like Nhamatanda, west of the city. 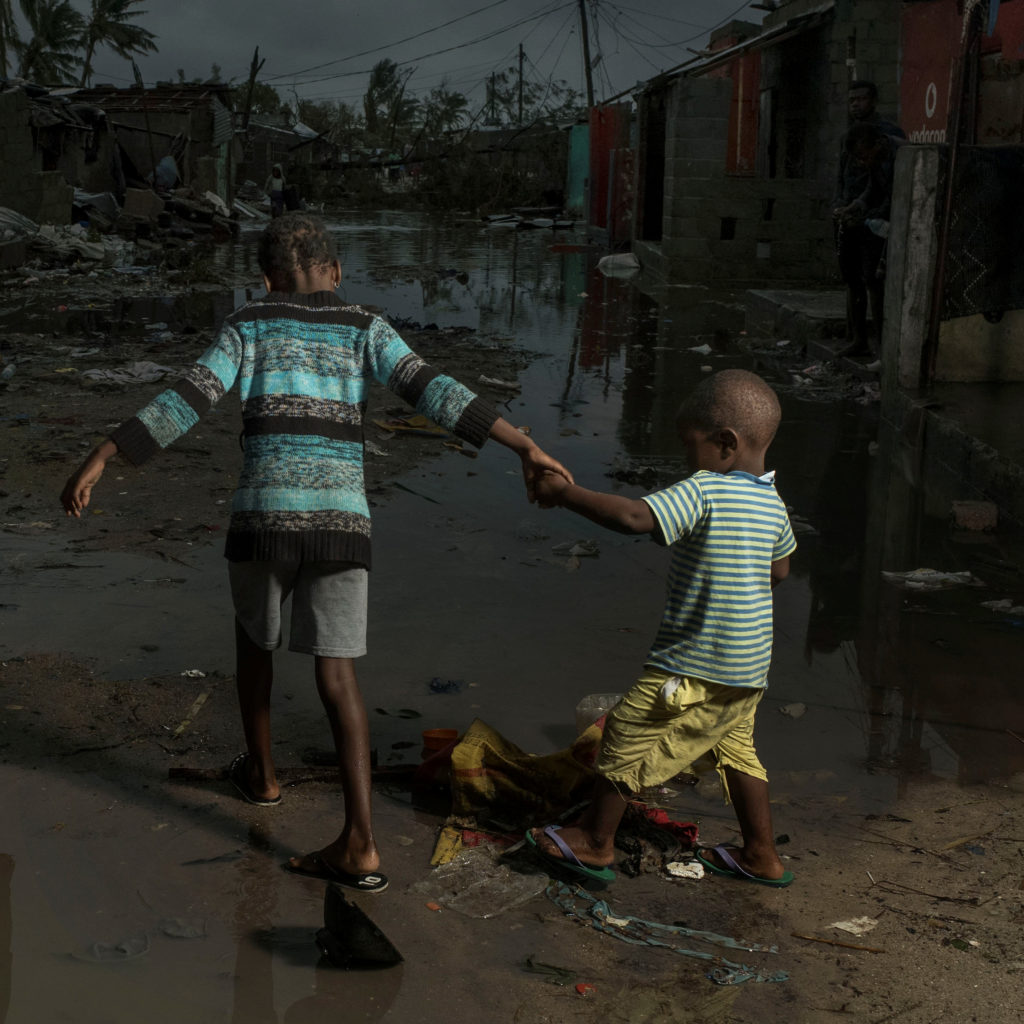 “People are already going,” the environment minister said of the newly accessible road.

Malaria is another looming health problem that the minister said was “unavoidable” because large expanses of standing water encourage the spread of malaria-carrying mosquitoes.

Asked about his country’s current corruption scandal and whether the diversion of money has hurt the rescue efforts, Correia bristled, saying the government’s focus now is on saving lives.

“We are doing everything to fight corruption,” he said. “It’s systematic, up to the top,” he said of the anti-graft drive. 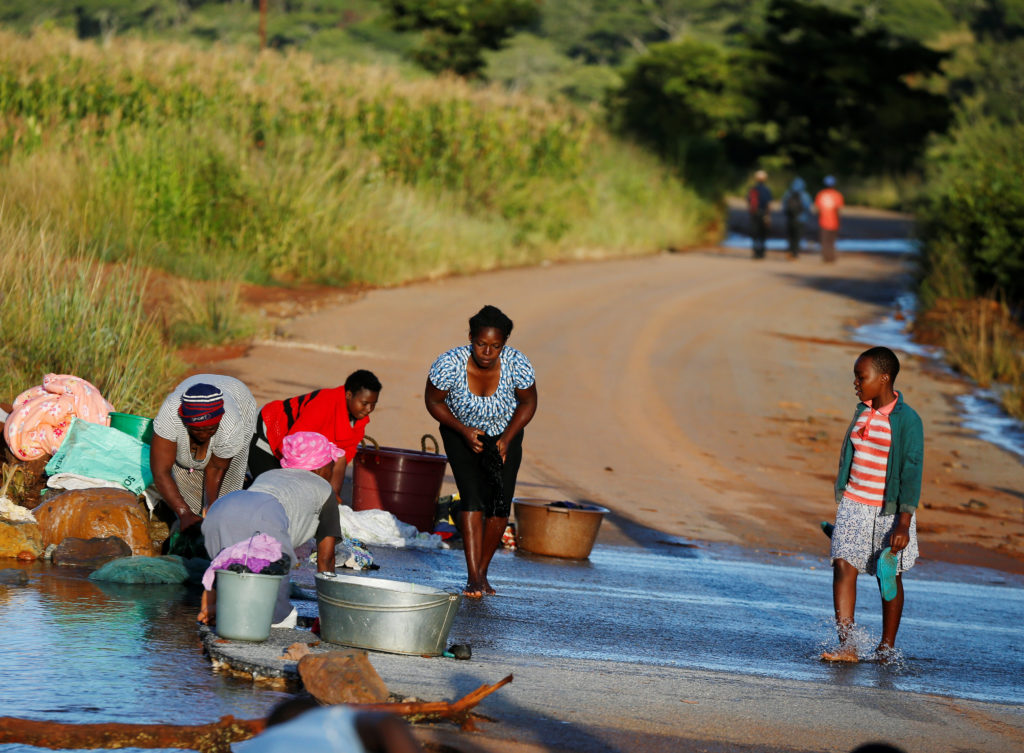 Women wash clothes in a river of water running across a road that was created after Cyclone Idai in Chimanimani, Zimbabwe, March 24, 2019. Photo by Philimon Bulawayo /Reuters

Two large field hospitals and water purification systems were on the way, joining a wide-ranging effort that includes drones to scout out areas in need across the landscape of central Mozambique, said Sebastian Rhodes Stampa, deputy director of the U.N. Humanitarian operation.

The scale of the devastation is “extraordinary” not only because of the cyclone and flooding but because the land had already had been saturated by earlier rains, he said.

A huge number of aid assets are now in Mozambique, Stampa said: “No government in the world can respond alone in these circumstances.”

Left: A woman washes clothes in a river of water created after Cyclone Idai in Chimanimani, Zimbabwe, March 24, 2019. Photo by Philimon Bulawayo/Reuters