Death toll in violence at Bolivian fuel plant rises to 8

LA PAZ, Bolivia — The death toll from an operation by Bolivian security forces to clear the blockade of a fuel plant by anti-government protesters has risen to at least eight, officials said Wednesday.

The public defender’s office and the state Institute of Forensic Investigations announced the casualty figures, a day after the violence in the city of El Alto, near La Paz.

People gathering at a Catholic church to mourn the dead said they were fired on by security forces.

Demonstrators were attempting to blow up the plant with explosives, which could have caused a “massive tragedy,” interim Defense Minister Fernando López said. 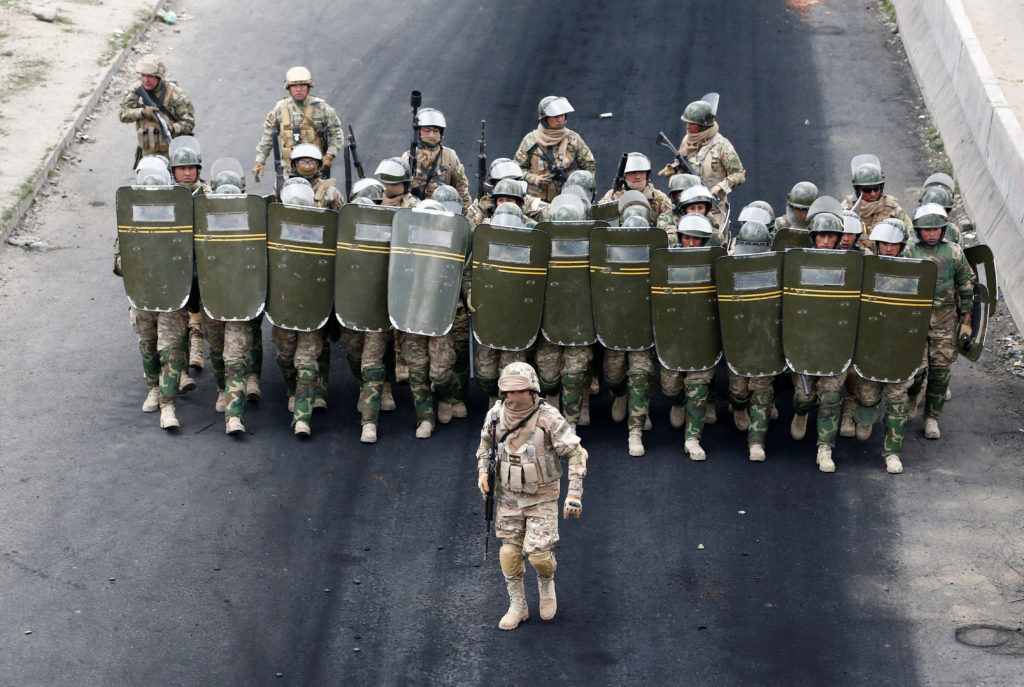 Bolivia has been in a state of turbulence since a disputed Oct. 20 vote that, according to an international audit, was marred by irregularities. Former President Evo Morales resigned Nov. 10 after protests against him and pressure from the security forces, but his supporters oppose the interim government that took his place.

Jeanine Áñez, the self-proclaimed president, said Wednesday that she planned to call for new elections following the deaths of at least 30 people in political violence since last month.

“We want the violence to stop,” Áñez said.

Also Wednesday, Morales said from asylum in Mexico that he wanted to return to Bolivia, and would help in dialogue and efforts to restore peace if he were allowed to do so.

Morales said at a news conference that he was Bolivia’s “president-elect,” a reference to his claim to have won the Oct. 20 vote despite allegations of fraud. 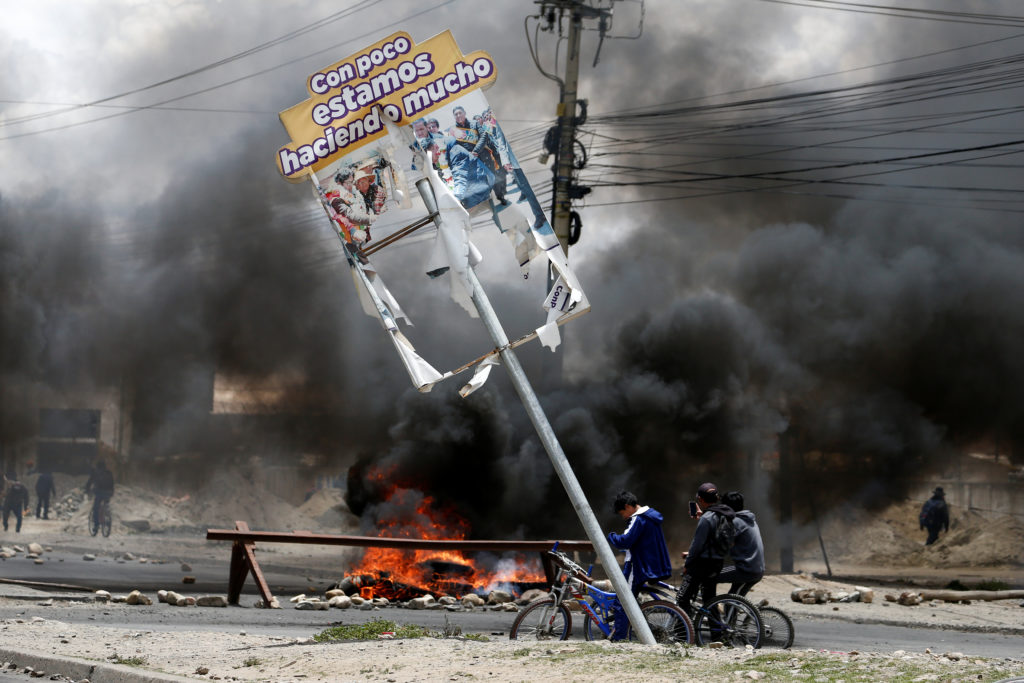 A barricade on fire is pictured as demonstrators take part in a protest in Senkata, El Alto, Bolivia November 19, 2019. Photo by REUTERS/David Mercado

He also said he would welcome new elections and criticized the Organization of American States, whose investigators concluded there were flaws in last month’s election.

In Washington, the Organization of American States passed a resolution to help Bolivia hold elections soon. The resolution backs sending a delegation to Bolivia to coordinate efforts to hold a vote in line with international standards.

Áñez has said Morales, Bolivia’s first indigenous president, could face prosecution for fraud if he returns to the country.

Arturo Murillo, a senior figure in the interim government, said Morales is guilty of sedition for allegedly encouraging followers to set up blockades in defiance of the authorities.