WHO: Sierra Leone is free of Ebola

Following 42 days with no new cases, thousands of residents gathered in the West African nation on Saturday, as the World Health Organization declared an end to the outbreak that killed at least 3,589 people and more than 221 health workers since it began last year.

“The world had never faced an Ebola outbreak of this scale and magnitude and the world has neither seen a nation mobilizing its people and resources as Sierra Leone did,” Dr. Anders Nordström, the WHO Representative in Sierra Leone, said on Saturday. “The power of the people of Sierra Leone is the reason why we could put an end to this outbreak today.”

Overnight, thousands of people gathered at the center of Freetown for a candlelit vigil to pay tribute to health workers who died during the epidemic, and elsewhere in the capital city, ecstatic crowds took to the streets in an outpouring of emotion.

“We’re happy. I feel free again after a period of bondage in the hands of Ebola,” trader Joseph Katta told Reuters.

Celebrations in #SierraLeone as the country is on the verge of being declared #Ebola-free (via @UmaruFofana) pic.twitter.com/X4XfPk19St

The event was also attended by President Ernest Bai Koroma, who told the BBC that it marked the end of a “difficult and turbulent journey.”

“It’s a moment of great celebration for our people, a feeling of achievement, a feeling of getting out of the thick woods that we found ourselves [in],” he said.

“We now have a unique opportunity to support Sierra Leone to build a strong and resilient public health system ready to detect and respond to the next outbreak of disease or any other public health threat,” Nordstrom said at the ceremony. 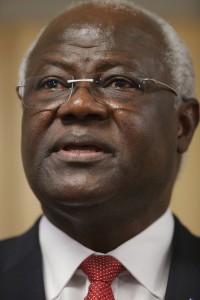 Elsewhere in West Africa, health officials in Guinea are still treating new cases, where at least 2,536 people have died from the virus.

According to the WHO, 42 days is twice the virus’s maximum incubation period, the interval beginning when a person is first infected and ending when he or she begins displaying symptoms.

However, some evidence has emerged since epidemic’s start that suggests that the virus may persist longer than 42 days.

The WHO has said that Ebola can survive in the semen of male survivors months after they stop displaying symptoms, and even after the virus is no longer present in their blood. Although it is not proven, the organization says it is likely that Ebola can be transmitted through the semen of otherwise cured men.

“WHO will maintain an enhanced staff presence in Sierra Leone as the response transitions from outbreak control, to support enhanced vigilance and to the recovery of essential health services,” the statement said.

As of Nov. 1, more than 11,000 people in the West African countries of Liberia, Sierra Leone, Guinea and Nigeria are thought to have died from the deadliest occurrence of Ebola since the virus was discovered in 1976, according to the WHO.