Delhi closed more than 1,700 schools on Friday and Saturday because air pollution there is too dangerous for children’s vulnerable lungs.

This is the hardest time of year to breathe inside India’s capital because a number of issues exacerbate air pollution to a peak and help it settle into a low-lying haze. The air is cool, moist and stagnant — an ideal sponge for exhaust from more than 5 million vehicles, soot from relentless firecrackers for Diwali (the festival of lights) and crop burning from surrounding farmland, among other pollutants.

It can trigger asthma, send people to the hospital and is the leading environmental cause of premature death, according to the World Health Organization (WHO). 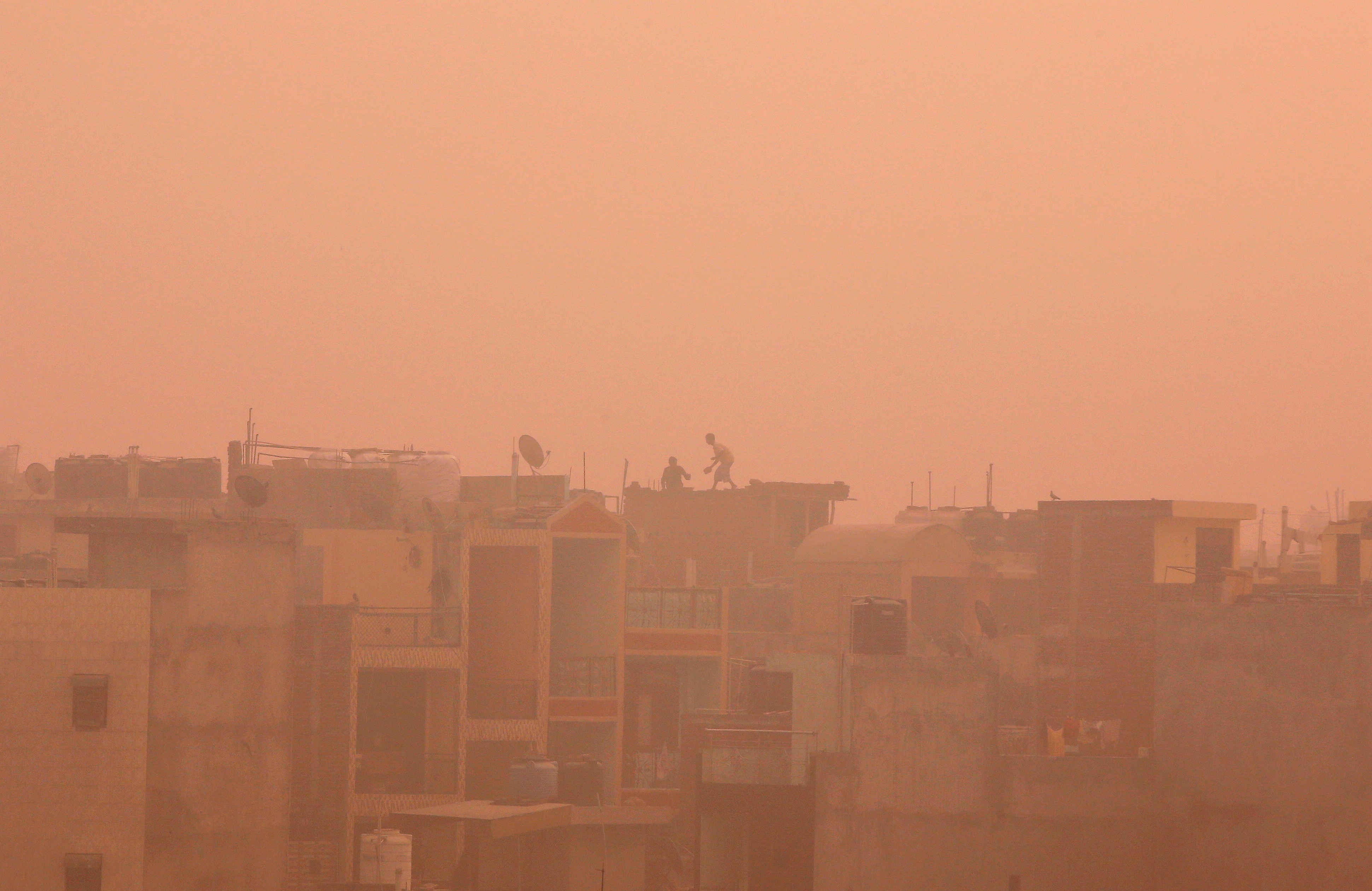 Laborers work on the roof of a residential complex on a smoggy morning in New Delhi, India, November 2, 2016. Photo by Adnan Abidi/Reuters

On Thursday, the nonprofit Centre for Science and Environment cited hourly averages of the finest particulate matter, which the WHO considers the most hazardous, of as much as 36 times the WHO’s suggested limit. The WHO says a daily average should not exceed 25 micrograms per cubic meter of air and that this matter can lodge deep into the cardiovascular system. In Delhi, hourly averages have reached as high as 900.

“Delhi needs strong action to protect people from such deadly exposure,” the center’s head of air pollution Anumita Roychowdhury said in a statement. “Without strong action smog is only expected to get worse this winter at serious public health costs.”

But for Roychowdhury and many others, this is an annual contention.

An investigation by the national English daily the Indian Express last year compiled 15 key studies over 18 years that warned of the devastating health effects the pollution was having on its residents, but they rarely led to policy changes.

In 2005, NASA published aerial photos of the smog and fog so thick that it prevented planes from arriving at or leaving the airport.

And when politicians responded to international attention for the graphic images, they cited many changes they planned to make. 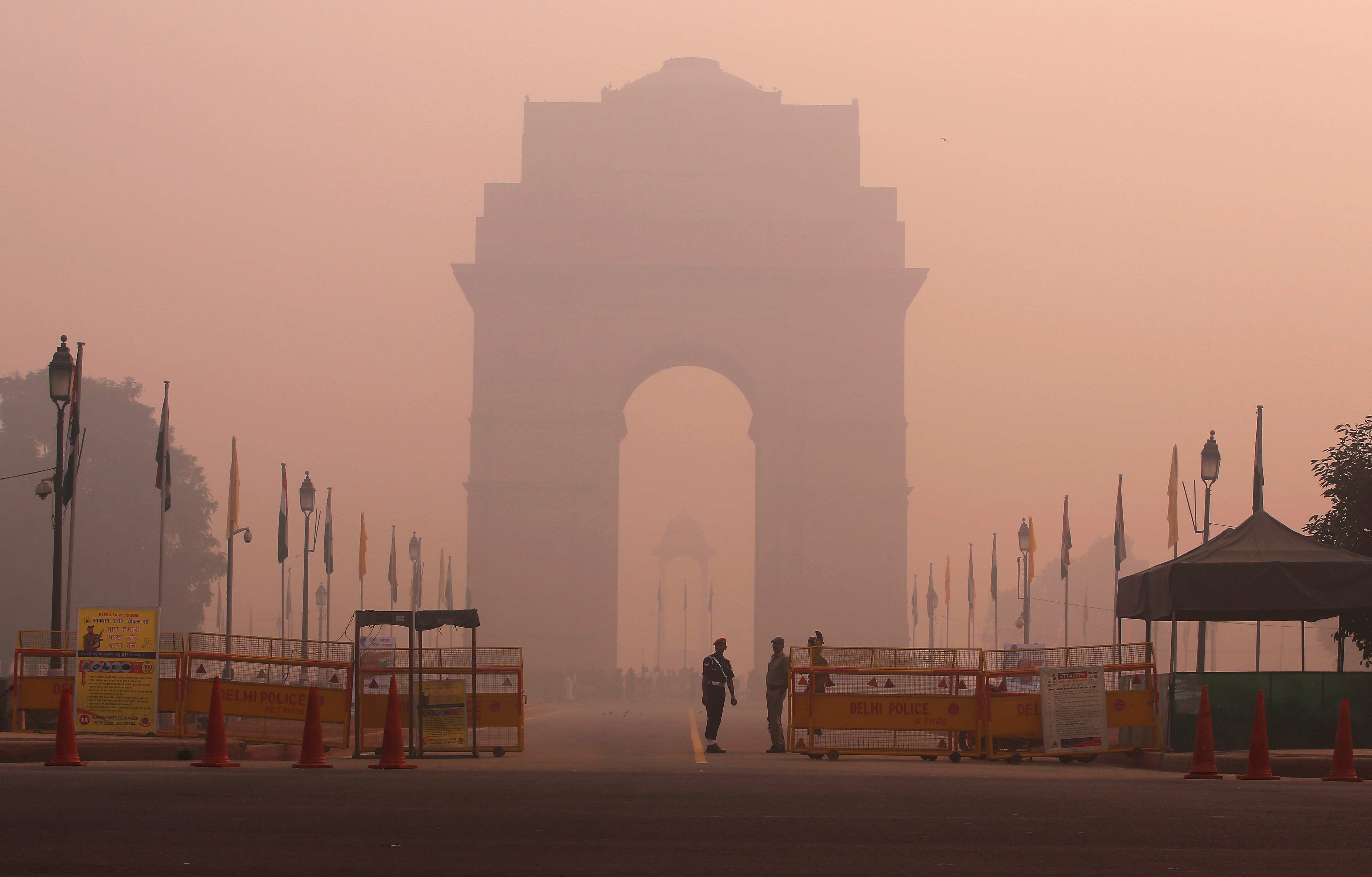 Security personnel stand guard in front of the India Gate amidst the heavy smog in New Delhi, India, October 31, 2016. Photo by Adnan Abidi/Reuters

In November of 2012, then-Chief Minister Sheila Dikshit ordered a crackdown on polluting vehicles.

“We have asked the pollution committees and scientists to find out what is happening so that such a scenario is not repeated in future, especially if it can be avoided,’’ Dikshit told The Hindu newspaper.

But in the following year, citations from the transportation department fell instead. As the body of research grew, Delhi continued to compete, often with Beijing, for the dubious title of having the world’s worst air quality.

Regardless, Delhi’s problem is widespread. The World Health Organization in September attributed some 3 million deaths a year to outdoor air pollution.

It stated that nearly 90 percent of them were in low- and middle-income countries, with nearly two out of three in Southeast Asia and Western Pacific regions. 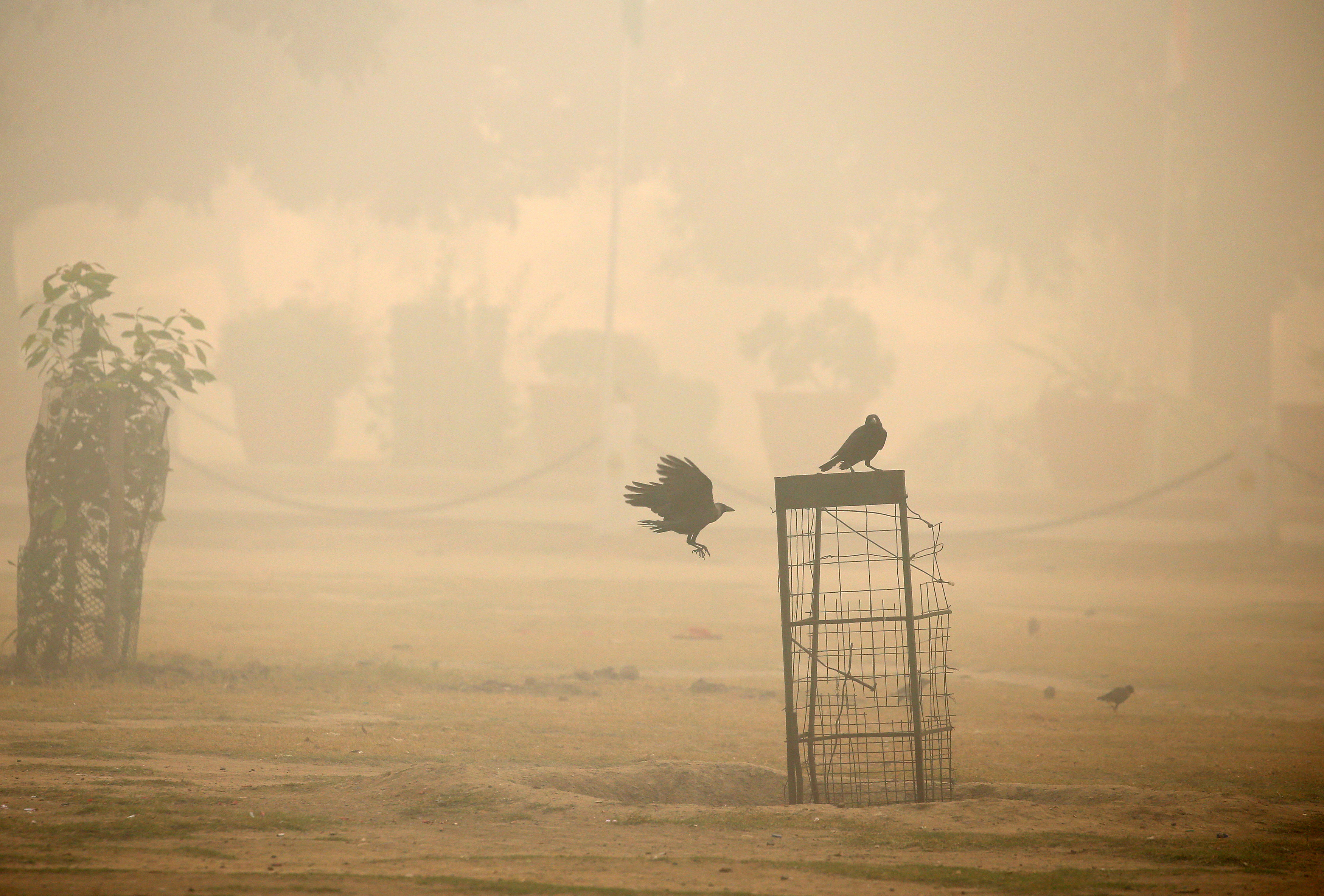 Birds are seen on a smoggy morning in New Delhi, India, October 31, 2016. Photo by Cathal McNaughton/Reuters

India relies mostly on coal power to bolster its rapidly-growing economy. While Prime Minister Narendra Modi has invested heavily in solar as an alternative, the country anticipates benefiting from a fund outlined in the Paris climate pact. Under the agreement, rich countries have pledged $100 billion a year to help poorer ones grow. 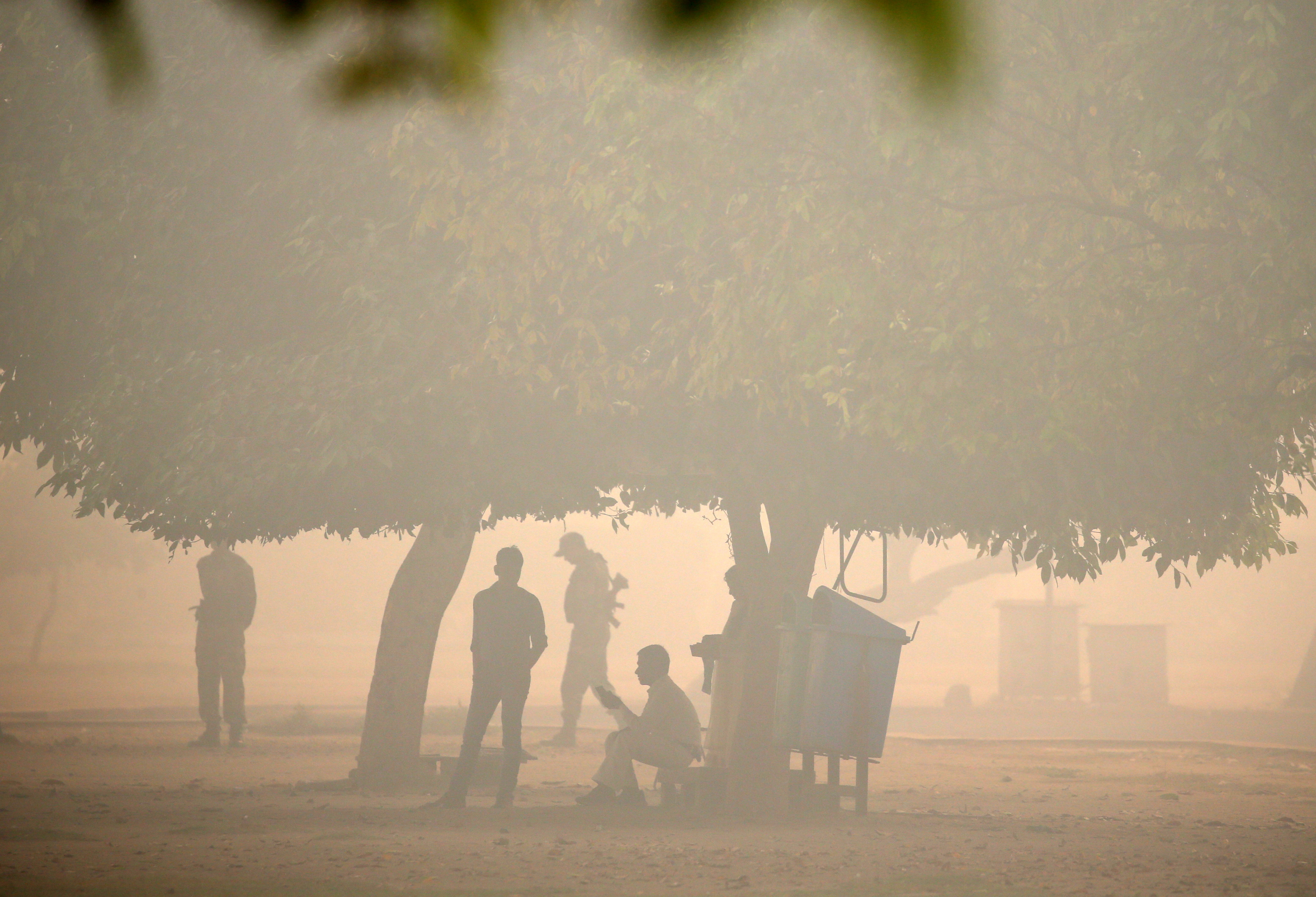 Policemen are seen in a public park on a smoggy morning in New Delhi, India, October 31, 2016. Photo by Cathal McNaughton/Reuters

“Finance and technology are the two things that we’re really desperately looking for,” Aditya Pundir, manager of the Indian branch of the nonprofit Climate Reality Project, told Climate Central. “The biggest help the country can get today is if we can get the right amount of finance.”

Leaders from Delhi and its surrounding states are meeting Monday to talk about air quality, following complaints from a national court about their negligence.

Left: A man walks in a public park on a smoggy morning in New Delhi, India, November 2, 2016. Photo by Adnan Abidi/Reuters