PARIS (AP) — Jonas Vingegaard of Denmark won his first Tour de France title on Sunday after coming out on top in a thrilling three-week duel with defending champion Tadej Pogacar.

Vingegaard, who was runner-up to Pogacar last year, built his success in the mountains. He first took the yellow jersey from Pogacar in the Alps with a memorable ride up the Col du Granon, and followed up this week with an impressive display of strength in the last Pyrenean stage to the resort of Hautacam. 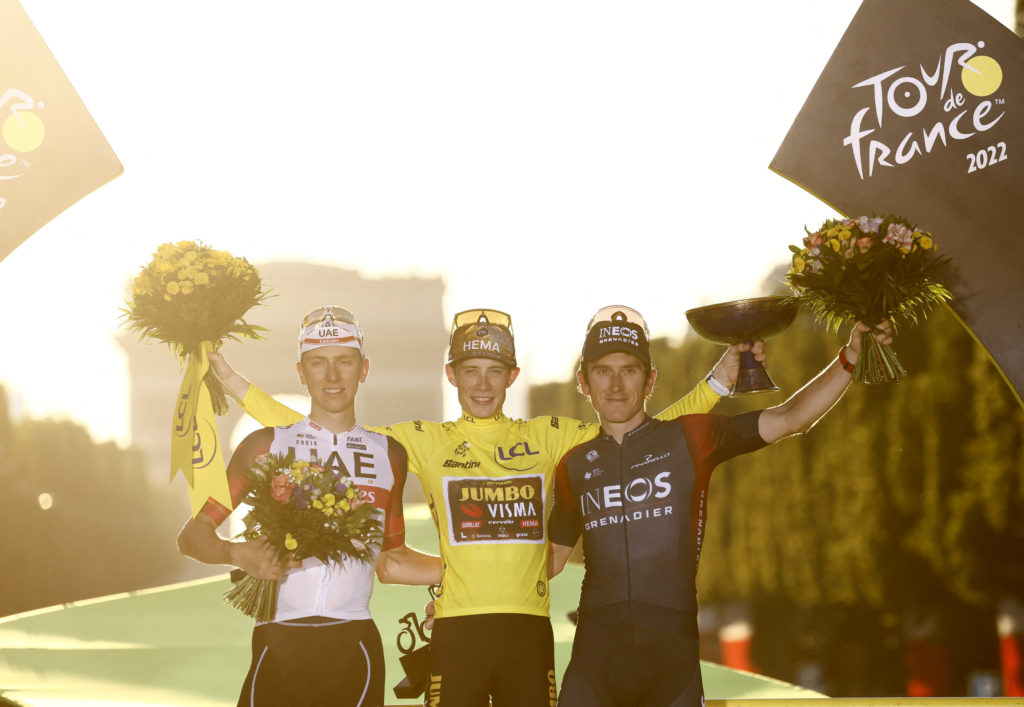 Vingegaard also had the upper hand in the race against the clock, gaining more time on Pogacar in Saturday’s individual time trial to effectively secure the title.

Jasper Philipsen won Sunday’s last stage — a mainly processional ride around Paris to the Champs-Elysees — in a sprint ahead of Dylan Groenewegen and Alexander Kristoff.