When it comes to understanding the horrors of the Holocaust – one of the key aims of International Holocaust Remembrance Day – most millennials are woefully lacking in knowledge. That much was laid bare in a 2018 study commissioned by the Claims Conference – an organization that supports survivors of the Holocaust.

For instance, the study found that nearly half of all millennials – that is, those born from the early 1980s through the 1990s – are unable to name even one of the more than 42,000 camps and ghettos in existence during the Holocaust. The same study found that 41 percent of millennials believe that substantially fewer Jewish people were murdered during the Holocaust than the accepted 6 million figure.

This is a problem when you consider that millennials and young people worldwide have entered or will soon enter classrooms in the United States and elsewhere as teachers.

I’ve found similar deficits in knowledge in my own research into Holocaust education. Several years ago, I conducted a study that measured what student teacher candidates in New Jersey knew about the Holocaust.

The study – which is soon to be published in the journal The Social Studies – found that teachers had giant gaps in their knowledge. Their responses prompted me to probe deeper.

In my survey of nearly 200 future teachers, I found that only 30 percent knew that the Jewish people were the primary victim of the Holocaust. Even fewer knew the correct century in which the Holocaust took place. Auschwitz was the only concentration camp they identified – although, in their responses, the teaching students spelled it 28 different ways.

This past fall – spurred in part by a rise in anti-Semitism – I conducted a follow-up survey to measure if these future teachers were learning anything more than in the past. The sample was modest but representative – 75 students, all on track to become teachers in another year or so. All had attended New Jersey public schools.

When the student teachers saw the questions, they groaned and uttered things such as, “I can’t believe I don’t know this.” (If you want to figure out how you might have done on the survey, you can ask yourself if you know the answers to the following survey questions: When did the Holocaust take place? What was the political party that perpetrated the Holocaust? Who were the victim groups? Who was the American president? What other genocides can you identify?)

After they completed the survey, the student teachers immediately began to search for the correct answers online. They were disappointed to see just how far off they were. One student teacher after another placed the Holocaust in the 1800s. Others listed Ronald Reagan as the American president during the Holocaust. Perhaps most disturbingly, many listed the number of victims in the thousands, which falls way short of the actual figure.

Every person cannot be expected to know every single facet of the Holocaust. At the same time, it’s deeply disturbing when large segments of the population don’t know basic facts about one of the most horrendous atrocities – actually a series of atrocities – ever perpetrated against humanity.

Knowing about the Holocaust is a vital part of historical understanding. It is a means of promoting tolerance and inclusion. And it also serves as a form of innoculation against future atrocities.

Fortunately, new advances in learning about the Holocaust through digital humanities offer new ways for American students and teachers – or anyone who cares to learn more about the Holocaust – to learn about an event that took place nearly three-quarters of a century ago.

The University of Connecticut recently unveiled Courtroom 600, a project that places users inside the courtroom at the Nuremberg trials where Nazis and collaborators were tried. This project, still in prototype form, allows users to engage with virtual reality technology in order to interact with a fictitious member of the United States team of prosecutors. It also enables users to read primary source documents, gather evidence and prosecute select defendants. 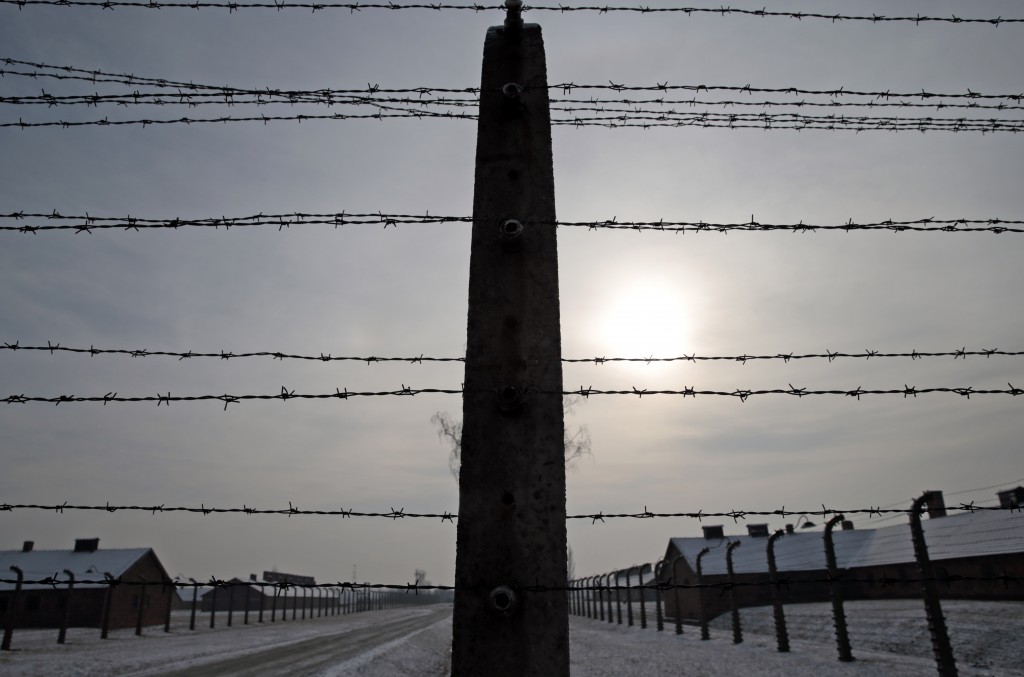 Former Auschwitz-Birkenau concentration camp is pictured through a barbed wire fence during ceremonies to mark the 69th anniversary of the liberation and commemorate the victims of the Holocaust in Birkenau January 27, 2014. The world marks International Holocaust Remembrance Day on January 27 to remember those who died during the Nazi organised genocide during World War Two that cost the lives of millions of Jews, Roma and Sinti, homosexuals and opponents to Germany’s fascist regime and its collaborators. Photo by Kacper Pempel/Reuters

Another digital resource is available through the University of Southern California Shoah Foundation. The foundation, perhaps best known as the holder of thousands of Holocaust survivor testimonies, has created the IWitness program. This is a collection of 1,500 testimonies of survivors and witnesses to genocide – the Holocaust, as well as others like the Nanjing Massacre in China. The testimonies can be searched by subject. There are also ready-made lessons for teachers that can be accessed from anywhere and used freely at any time.

The Shoah Foundation has also recently launched 3D holograms of survivors, giving users the experience of having a conversation with a survivor rather than passively viewing testimony. This project, called Dimensions in Testimony, is groundbreaking. It encourages students and others to engage with survivor testimony in new ways. For instance, each survivor hologram is able to participate in a “conversation,” with responses to commonly asked questions about faith, life before, during and after the war.

Finally, a partnership between the United States Holocaust Memorial Museum, the Wiener Library in London, and the International Tracing Service in Bad Arolsen, Germany, has produced two online sourcebooks that feature primary sources that deal with the Holocaust. These online sources focus on the camp system and women under Nazi persecution.

Each guide provides images of primary sources found in the International Tracing Service database, descriptions, questions to guide conversation and further avenues of investigation for students. A high school teacher who is using these guides – even though they were originally intended for university-level classes – told me that the documents are easy to modify. She uses them to discuss how to read and engage with primary sources.

The International Tracing Service in Bad Arolsen has also produced an “ITS e-guide,” intended to help families and scholars better understand the vast array of paperwork that was produced for any given survivor or victim of the Holocaust. By clicking on an image of a document, users are able to learn more about what the document was used for, how to decode it, who created it, and what to consider when reading the document. Examples include prisoner registration cards, malaria cards and personal effects cards. These artifacts show the great lengths that Nazis went to keep records – even as they carried out one of the most horrific massacres that humanity has ever experienced.

Ultimately, there is not a single solution for the challenges that face Holocaust education. Still, these digital examples all move teaching and learning from passively reading textbooks to actively engaging with history.

As for the answers to the survey questions I mentioned above, the Holocaust took place from 1933 to 1945. The victim groups included Jews, Poles, Roma and Sinti, homosexuals, Jehovah’s Witnesses, people with disabilities and other groups deemed inferior. The American president during the Holocaust was Franklin D. Roosevelt. Other genocides in the 20th century include the Armenian, Cambodian, Rwandan and Bosnian genocides.

Left: FILE PHOTO: A sign reading "Stop!" in German and Polish is seen at the former Nazi German concentration and extermination camp Auschwitz, during the ceremonies marking the 73rd anniversary of the liberation of the camp and International Holocaust Victims Remembrance Day, in Oswiecim, Poland, January 27, 2018. REUTERS/Kacper Pempel/File Photo - RC1FE2A33C20

Jennifer Rich is an assistant professor and director of research and education for the Rowan Center for Holocaust and Genocide Studies at Rowan University.