A massive blast struck the Turkish capital of Ankara Sunday night, with early reports indicating at least 32 people were killed and more than 75 injured.

Turkish state media said a car bomb went off near a crowded bus stop at about 6:45 p.m. local time on Sunday. Turkish officials told Reuters the explosion may have been triggered by a suicide bomber and gunfire was reportedly heard by witnesses near the scene.

The explosion comes just weeks after another car bomb killed 29 people several blocks away in February, an action the Turkish government blamed on Kurdish militants. 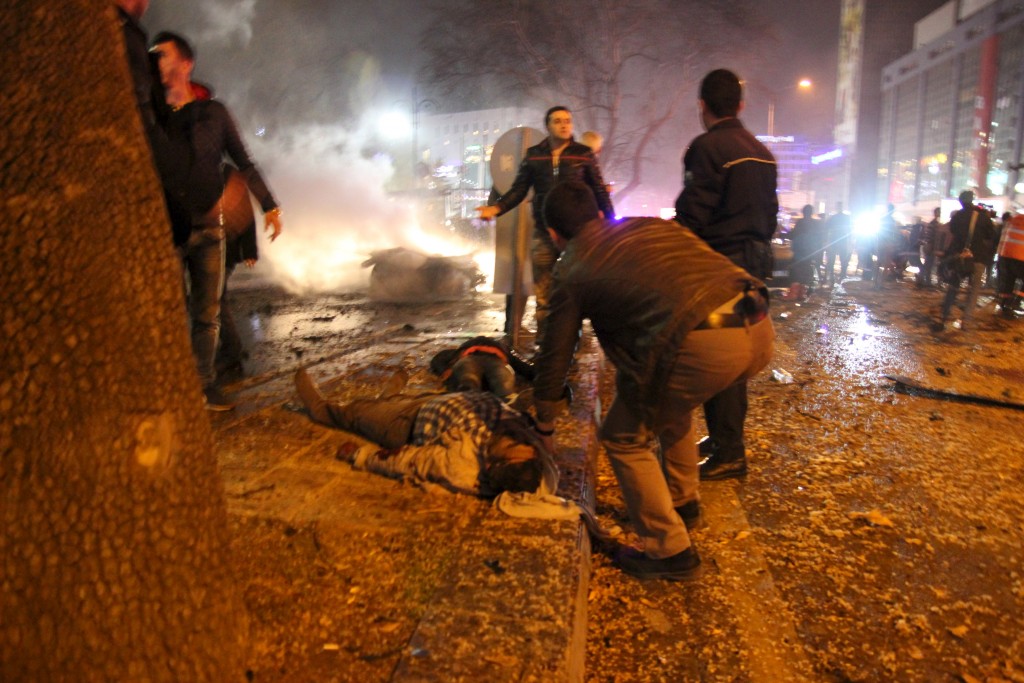 People help an injured person on the ground near the explosion site in Ankara, Turkey March 13, 2016. Tumay Berkin/Reuters

Video footage and images posted on social media show a frenzied response to Sunday’s incident, as emergency workers rushed to the scene. Many nearby vehicles were on fire with the side of one bus left blackened with a immense hole torn into it.

On Friday, the United States Embassy had issued a warning that a “terrorist plot to attack Turkish government buildings and housing located in the Bahcelievler area of Ankara” was possible.

Turkey’s military headquarters and parliament are located in the area that was targeted on Sunday, according to Reuters.

Left: Emergency workers work at the explosion site in Ankara, Turkey March 13, 2016. At least 27 are dead and 75 injured after the attack. Tumay Berkin/Reuters