Dozens of Nigerian school girls who were released by Boko Haram this weekend years after they were kidnapped met with the country’s president on Sunday.

Nigerian officials said 82 of the approximately 270 girls abducted by the Islamist militant group in April 2014 were exchanged on Saturday for an undisclosed number of Boko Haram members held by the government.

The girls were flown on Sunday to the Nigerian capital of Abuja where they were to meet with President Muhammadu Buhari.

“With all of these things together we negotiated over a period of several months, and at the end of it some of their (Boko Haram’s) members were exchanged for the 82 girls,” said Garba Shehu, a presidential spokesman, to the BBC. 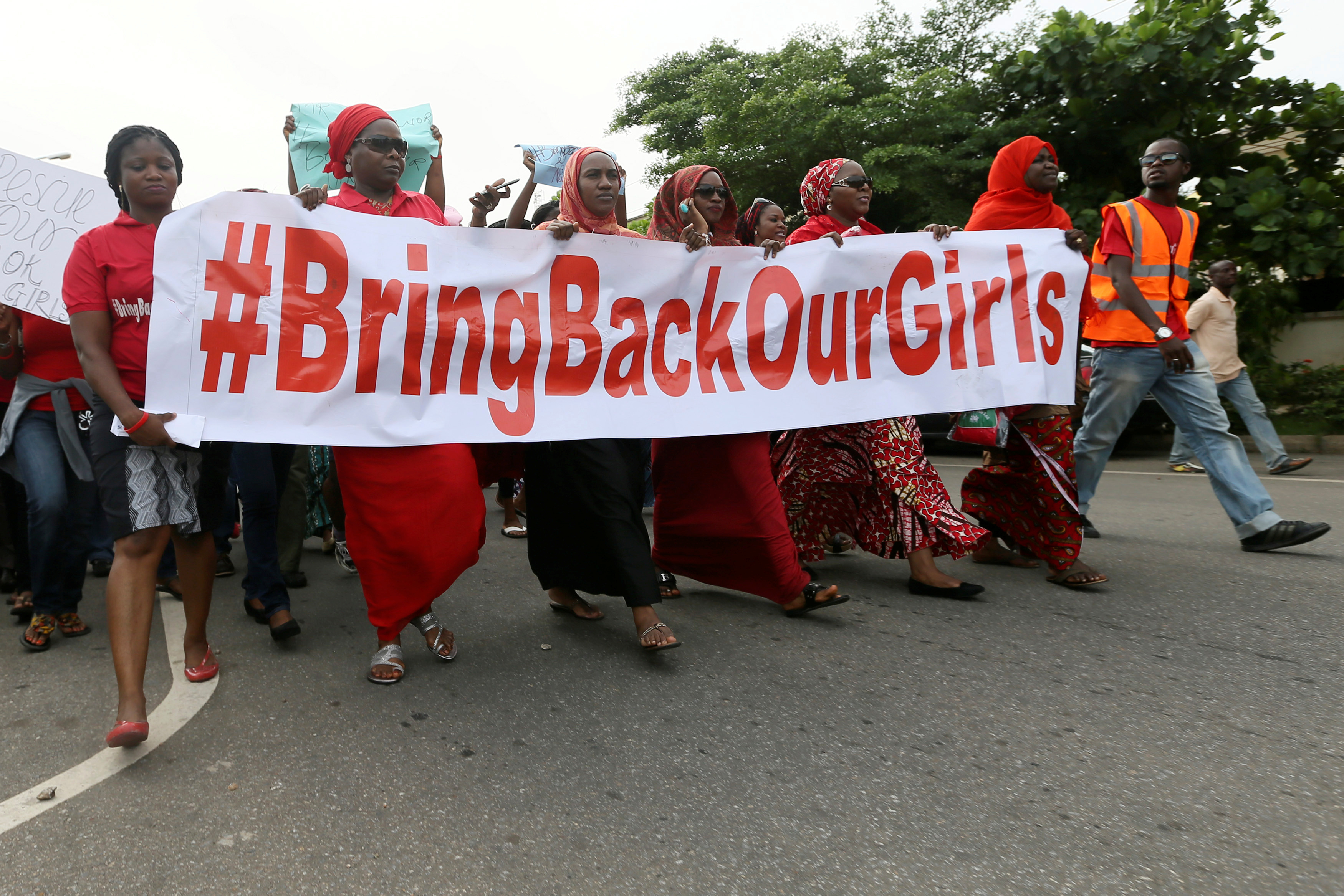 Nigerians take part in a protest demanding for the release of secondary school girls abducted from the remote village of Chibok, in Asokoro, Abuja, on May 13, 2014. Photo By Afolabi Sotunde/Reuters

Family members who had not seen their relatives for more than three years also lined up at the airport to greet the girls. The children were abducted from the Government Girls Secondary School in the town of Chibok in 2014.

More than 100 girls are still being held by Boko Haram after they were taken from the northeastern section of Nigeria. Several dozen of them escaped from the militants soon after their capture, and 21 were released in October 2016 with the help of aid groups.

The Nigerian government and Boko Haram, which has ties to the Islamic State, have been embroiled in a conflict since 2009, with the militant group aiming to turn a portion of the country into a caliphate.

Left: A still image taken from video shows a group of girls, released by Boko Haram jihadists after kidnapping them in 2014 in the north Nigerian town of Chibok, sitting in a hall as they are welcomed by officials in Abuja, Nigeria, on May 7, 2017. Photo via Reuters TV