It can take hours to travel even short distances along the ramshackle dirt roads of Malawi, an impoverished African country with high rates of HIV, a virus that has taken a particularly acute toll on children.

With limited trips from remote towns and villages – where large swaths of the populace live – to one of country’s sparsely scattered hospitals in the capital city of Lilongwe, where they get essential medical services, testing for the virus can be an arduous task.

But a new experiment conducted this year by United Nations International Children’s Emergency Fund (UNICEF) shows the potential for drones to help change that scenario amid debates over ethical issues and at a time when developing countries around the world are increasingly turning to the aerial devices to assist with humanitarian efforts.

In March, UNICEF began testing drones to deliver blood samples collected from some of Malawi’s faraway health clinics and flown to the centralized hospital in Lilongwe for analysis, a crucial part of helping those afflicted with HIV.

Allison Burtch, a hardware specialist with UNICEF, said more than 90 autonomous drone tests were conducted in Malawai through a mobile phone application, transferring pieces of paper with blood samples. In 2014, almost 40,000 children in Malawi were born to HIV-positive mothers. Burtch is hopeful that efforts like these could eventually help lower fatalities from the virus.

“In Malawi, 50 percent of children who are HIV-positive will die before the age of two,” she said. 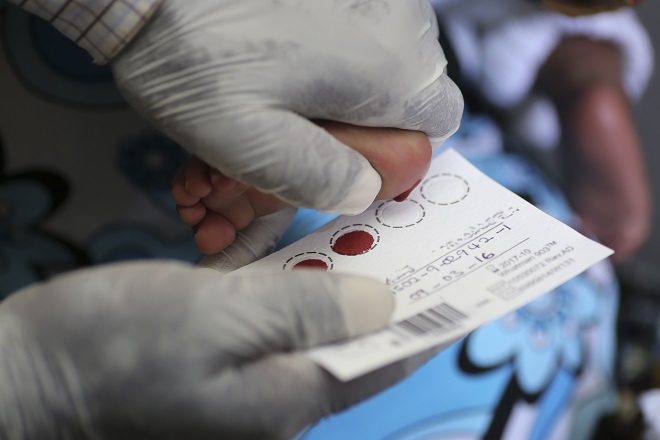 On 9 March 2016, a healthcare worker takes a dried blood spot (DBS) sample from six-week old baby, at Matapila Health Center, in Lilongwe, Malawi. DBS are transported to a central lab for testing.
Photo Courtesy of UNICEF

While drones are often chastised as indiscriminate killing machines in Afghanistan and Syria and feared by privacy advocates in the United States, drone use has skyrocketed around the world in recent years.

There are now at least 700,000 in the United States alone, according to Bard College’s Center for the Study of the Drone, which has since 2012 been tracking trends with drones, also known as Unmanned Aerial Vehicles. Hundreds of companies are now producing drones around the world.

In the past several years, drones have been utilized to survey disaster zones, capturing imagery to determine where assistance should be delivered in areas inaccessible by roads.

In Nepal, drones surveyed the aftermath of devastating earthquakes. In the Philippines, they were deployed to reach out-of-the-way areas of the archipelago struck by a typhoon. But using drones to carry medical supplies in Malawi and Bhutan are gaining steam, said Arthur Holland Michel, co-director for Bard College’s Center for the Study of the Drone.

Matternet, a company on the forefront of Unmanned Aerial Vehicles that provided the drone used in the Malawi experiment, has lofty goals for the technology.

“One of the big moments was this announcement by a company called Matternet, proposing this widescale delivery system in the Third World,” Michel said of the plan released in 2012. “The interest in drones for humanitarian purposes has only grown since then.”

Andreas Raptopoulos, co-founder of Matternet, said in an interview that while regulations and costs can make the new technology difficult he sees that changing in the next five years as lighter, faster and cheaper drones are created to fit an ever-advancing world.

Michel said a push to solve those problems in the developed world is one of the reasons the technology behind drones is expanding so rapidly when used for humanitarian purposes.

“They can be used for search and rescue if there are survivors, they can be used for logistics and planning,” he said. “You hear these stories of having to drive four hours to cover 50 miles. It hampers economic development and it hampers humanitarian efforts. Bridges and operation roads may not be passable. To have that eye in the sky can be a really crucial resource.” 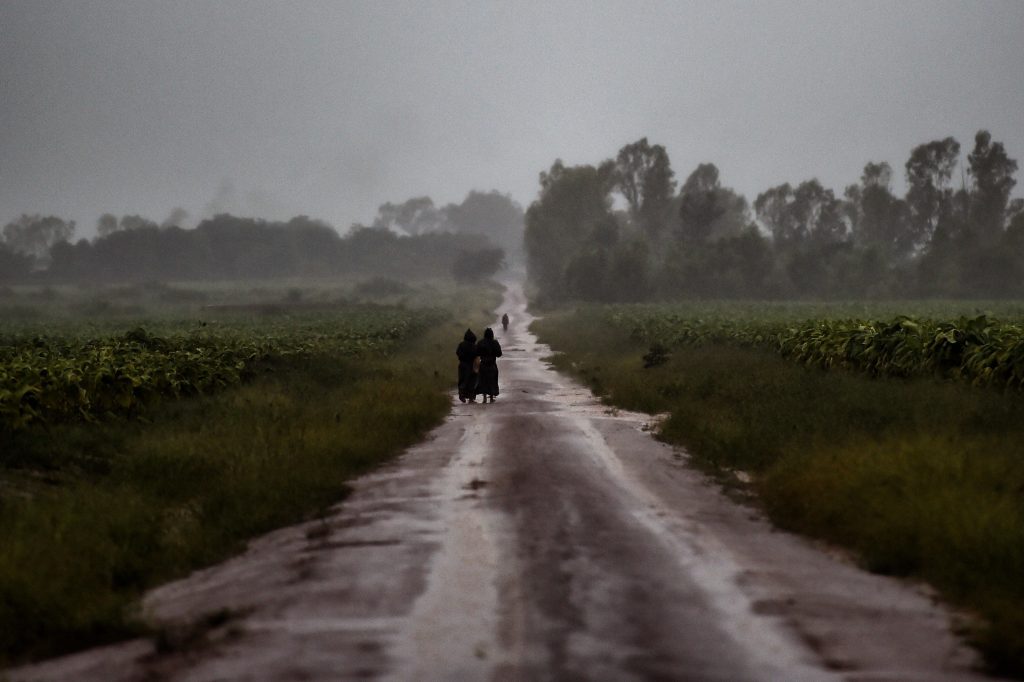 Poor infrastructure like the dirt road seen here in Malawi can hamper economic development and the delivery of humanitarian aid. Photo Courtesy of Matternet

Patrick Meier, author of the book “Digital Humanitarians,” and the executive director of  the non-profit WeRobotics, which launched this year, said his organization has set up “flying labs” in Nepal, Tanzania and Peru in order to train local teams how to use drones for humanitarian aid catered to their specific needs, which often involves navigating difficult terrains.

“All of the flying labs have the same framework but with different flavors,” he said. “It could take a river boat five hours to travel 15 miles, with drones under 15 minutes.”

Michel said while drones have also been tested in the U.S. for the transfer of medical supplies, such as a recent experiment in West Virginia, regulations, overcrowded airspace and adverse weather conditions can slow drones down even as companies like Google and Amazon are pouring resources into utilizing drones as delivery mechanisms.

“I think that when it comes to humanitarian applications of drones there is a very clear value proposition. It’s a use case that makes sense to everybody. There’s still hurdles on the technological and integration sides of things.”

UNICEF officials said forming relationships with international governments and the price of using drones are obstacles that need to be overcome.

“It’s still more expensive to use a drone in Malawi than it is to pay somebody to take (supplies) on a motorbike,” said Chris Fabian, of UNICEF’s Office of Innovation and Ventures.

But in Malawi the process is also simpler, opening up the door to the possibility of wider-scaled distribution of supplies via drones.

“Now we’ve seen where the rubber hits the road in Malawi and how that actually works in the field under sometimes very challenging conditions,” Michel said. “That’s the true litmus test where something will become a routine element of humanitarian aid.”

Left: On March 12 2016, children in Malawi look on amazed in the community demonstration of Unmanned Aerial Vehicles (UAVs or drones) flying in Lilongwe. The Ministry of Health and UNICEF launched the first six-mile auto programmed flight in a trial to speed up the testing and diagnosis of HIV in infants. Photo Courtesy of UNICEF