Notorious Mexican drug kingpin Joaquin “El Chapo” Guzman was transferred on Saturday to a new prison near the Texas border.

Guzman was moved from the maximum-security prison Antiplano near Mexico City to the Cefereso No. 9 prison in the Ciudad Juarez, according to the Associated Press, which confirmed the transfer with Guzman’s attorneys.

One of his attorneys, Jose Refugio Rodriguez, said Guzman was transported without warning.

“I don’t know what the strategy is,” Refugio told the AP. “I can’t say what the government is thinking.” 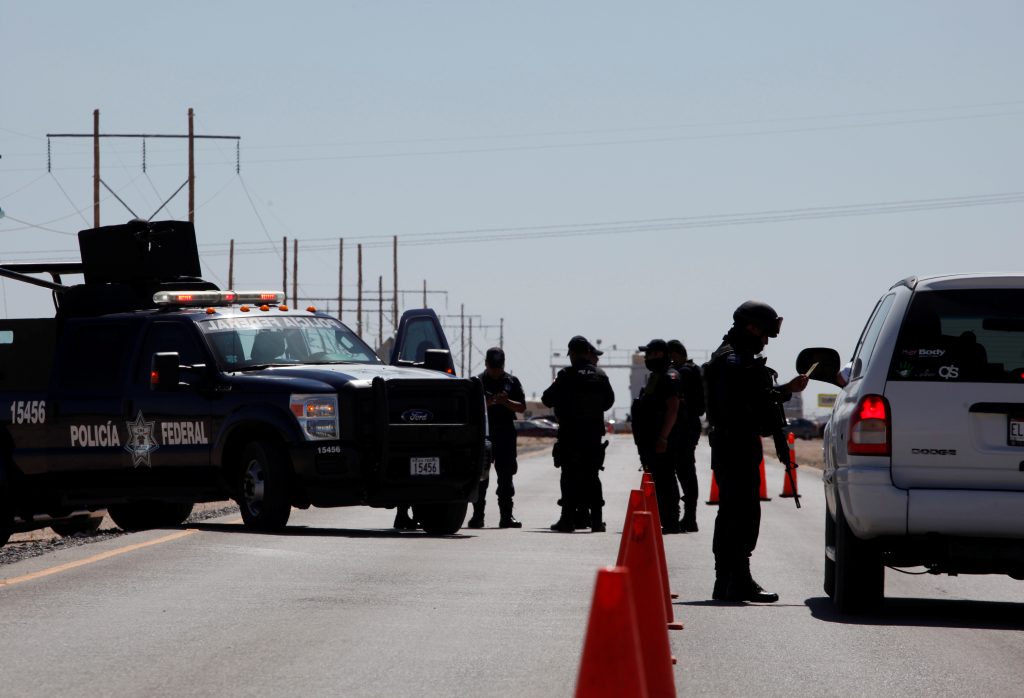 A federal police officer (R) inspect a vehicle at a security checkpoint near a prison in Ciudad Juarez where Mexican drug boss Joaquin “Chapo” Guzman has been moved from his jail in central Mexico May 7, 2016. Photo By Jose Luis Gonzalez/Reuters

Guzman’s legal team is appealing a measure to extradite him to the United States, though a spokesperson for Mexican President Enrique Pena Nieto said on Saturday that the transfer took place because of upgrades at the Antiplano prison and was not a move toward extradition.

Guzman escaped from prison twice after being convicted for his role as leader of the Sinaloa cartel and its control over a bloody  international drug trade.

Guzman escaped prison in 2001 before his capture in 2014. In 2015, he slipped out if the Antiplano prison through a hole in his cell and an extensive tunnel nearly a mile long before he was recaptured in January.

Guzman had been returned to the Antiplano prison where the floor of his cell was bolstered with metal bars and concrete, the AP said.

Left: Recaptured drug lord Joaquin "El Chapo" Guzman is escorted by soldiers at the hangar belonging to the office of the Attorney General in Mexico City, Mexico January 8, 2016. The notorious drug kingpin was transferred to a new prison on Saturday near Mexico's border with Texas. Photos By Henry Romero/Reuters