REYKJAVIK, Iceland — The eruption of a long-dormant volcano that sent streams of lava flowing across a small valley in southwestern Iceland is easing and shouldn’t interfere with air travel, the Icelandic Meteorological Office said Saturday.

The fissure eruption began at around 8:45 p.m. Friday in the Geldinga Valley, about 32 kilometers (20 miles) southwest of the capital, Reykjavik, the Met Office said. The eruption is “minor” and there were no signs of ash or dust that could disrupt aviation, the agency said. 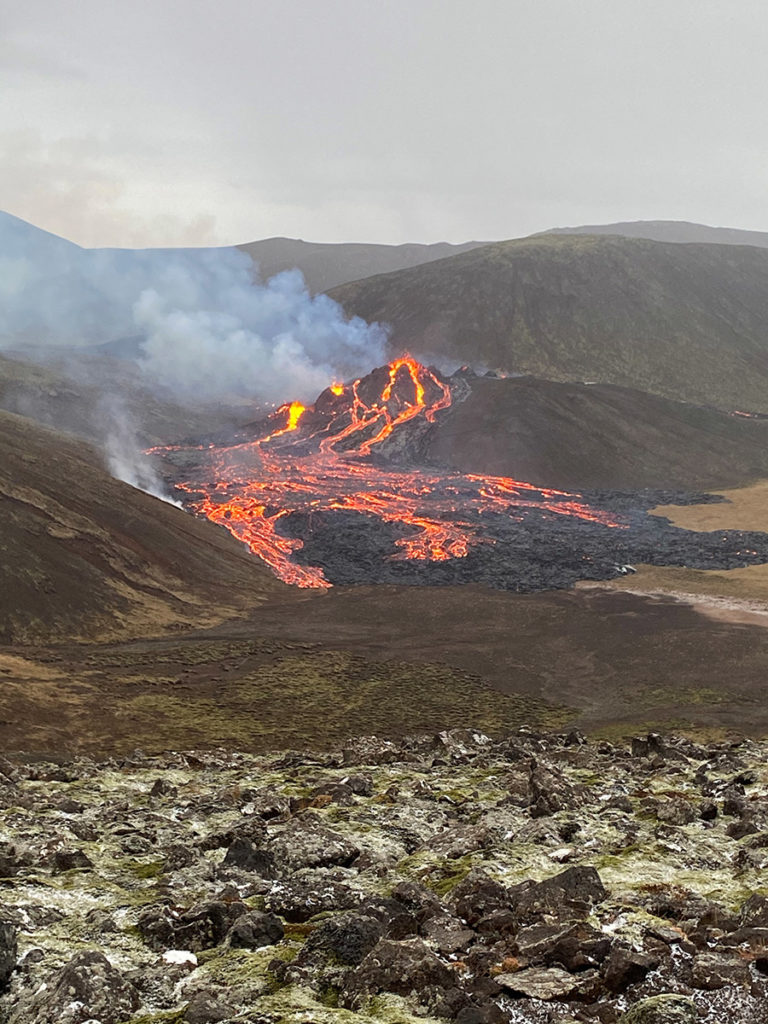 “The more we see, the smaller this eruption gets,” geophysicist Pall Einarsson told The Associated Press on Saturday after monitoring the volcano throughout the night.

This southwestern corner of Iceland is the most heavily populated part of the country. The Department of Emergency Management said it doesn’t anticipate evacuations, unless levels of volcanic gases rise significantly.

“There is no indication of production of ash and tephra, and there is no imminent hazard for aviation,” the Met Office said on its website.

In 2010, an eruption of the Eyjafjallajokull volcano in Iceland sent clouds of ash and dust into the atmosphere, interrupting air travel between Europe and North America because of concerns the material could damage jet engines. More than 100,000 flights were grounded, stranding millions of passengers.

The Geldinga Valley eruption is the first on the Reykjanes Peninsula in almost 800 years.

Over the past three weeks, the area has been rattled by about 50,000 small earthquakes, dozens of them magnitude 4 or stronger, the Met Office said. 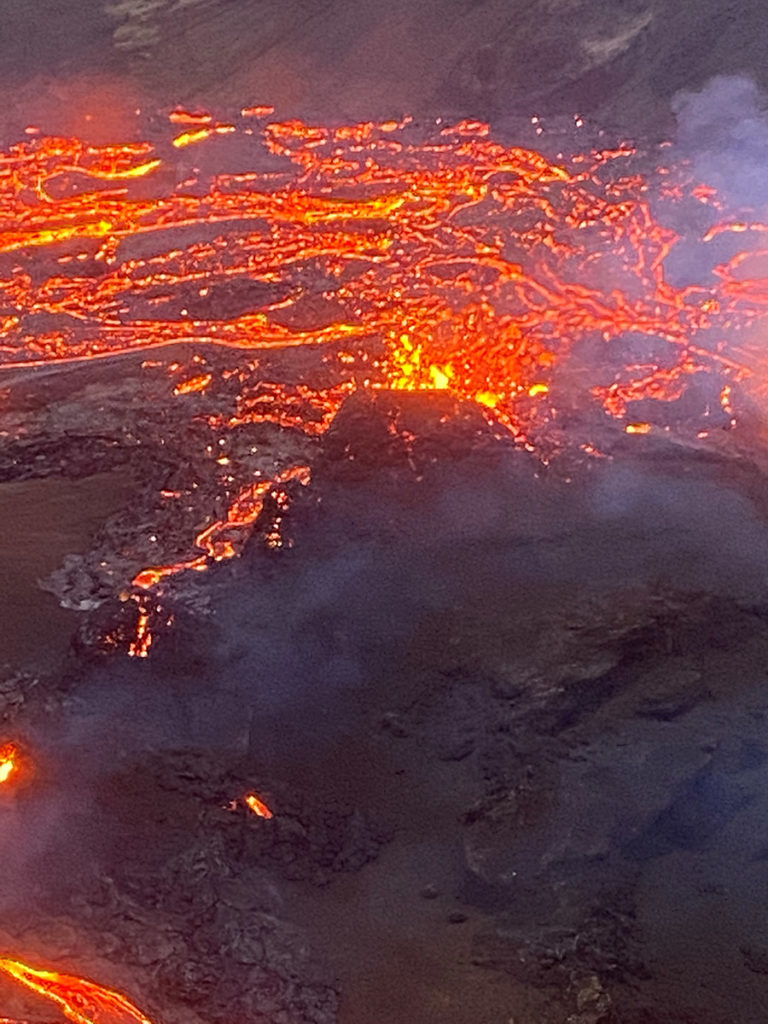 Iceland, located above a volcanic hotspot in the North Atlantic, averages one eruption every four to five years. The last one was at Holuhraun in 2014, when a fissure eruption spread lava the size of Manhattan over the interior highland region.

Scientists flew over the Geldinga Valley eruption on Saturday morning and estimated the eruptive fissure was about 500 meters long (1,640 feet.) The two streams of lava were about 2.5 kilometers from the nearest road.

Solny Palsdottir’s house is the closest to the site of the eruption, just four kilometers (2.5 miles) away in the coastal town of Grindavik. She and her husband were watching TV on Friday night when her teenage son pointed out a red glow in the distance.

“Today, I see a white-blue cloud of steam coming from the mountains,” Palsdottir, 50, told The Associated Press. “Not something I expected to have in my backyard.”

“I am just relieved the earthquakes are over,” she added.