European Union officials are urging the United Kingdom to make a quick split after voters chose a referendum on Thursday to leave the 28-country bloc.

Representatives from six member countries and the EU said the decision to leave the union should be expedited rather than waiting for the fall to begin the process.

The requests were made as British politicians who backed the measure to sever ties with the EU after a 43-year membership said it could take up to two years to usher in the necessary bureaucratic changes, the Associated Press reported.

Foreign ministers from the EU’s six founding nations of Germany, France, Belgium, Italy, Luxembourg and the Netherlands met on Saturday to discuss the coalition’s future without Britain.

“There is a certain urgency so that we don’t have a period of uncertainty, with financial consequences, political consequences,” said French Foreign Minister Jean-Marc Ayrault.

Theories abound as to what may become of the UK once the dust settles from the island-nation’s historic vote, which sent the country’s economy into a tailspin as the value of the British pound dropped to levels not seen since 1985.

“This is going to drag on for quite a while,” said Seamus O’Cleireacain, an adjunct professor at Columbia University’s School of International and Public Affairs, in an interview with the PBS NewsHour. “You get the market reaction — but in terms of trade patterns that’s going to be way down the road.” 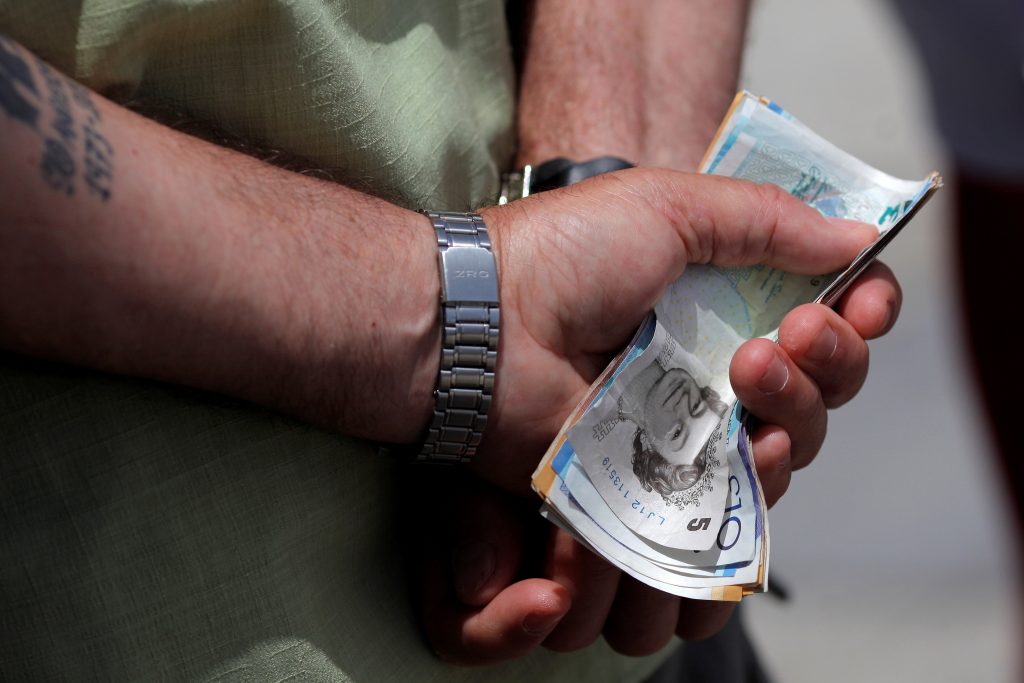 A man holds various English Pound notes as he waits in line to exchange it for Euros notes outside a money exchange office in the British overseas territory of Gibraltar, historically claimed by Spain, June 24, 2016, after the UK voted to leave the European Union in the Brexit referendum. Photo by Jon Nazca/Reuters

Among the nearly 34 million people voting on the referendum, 52 percent favored cutting ties with the EU while 48 percent chose to stay in the arrangement.

The measure has caused waves of disruption within the UK, Europe and around the globe, also spurring British Prime Minister David Cameron, who favored a ‘stay’ vote, to announce his resignation effective this fall.

By Saturday, more than 2 million people had signed a petition demanding a second referendum vote to reverse the decision to exit the EU. There also appears to be strong interest from Scotland and Northern Ireland to hold their own votes.

The EU formed after World War II in an effort to assuage the effects of the conflict and to link the region’s countries under the umbrella of democracy, later evolving into the coalition the world knows today.

Sheri Berman, a professor of political science at Barnard College, said the UK resisted the universality of the EU from the beginning, clinging to its currency before gaining entry to the group in 1970s.

“Britain has always been more skeptical,” Berman told the NewsHour. “Clearly the Brexit vote was motivated by longstanding discomfort with the way the EU operated.”

Left: A British flag which was washed away by heavy rains the day before lies on the street in London, Britain, June 24, 2016 after Britain voted to leave the European Union in the Brexit referendum. Photo by Reinhard Krause/Reuters