Officials from Germany, Great Britain and France called for a more comprehensive plan on Sunday to process and distribute the hundreds of thousands of migrants who have poured into Europe this year, undertaking journeys that have turned deadly and exposing gaps in countries’ refugee infrastructure.

Interior ministers Thomas de Maiziere of Germany, Bernard Cazeneuve of France and Theresa May of Britain stressed the need to set up “hot spots” in Greece and Italy by the end of the year to register migrants, pressed for a list of European Union countries that are considered safe, and called an emergency meeting to discuss how to “strengthen the European response” of the continental crisis for September 14 in Brussels. 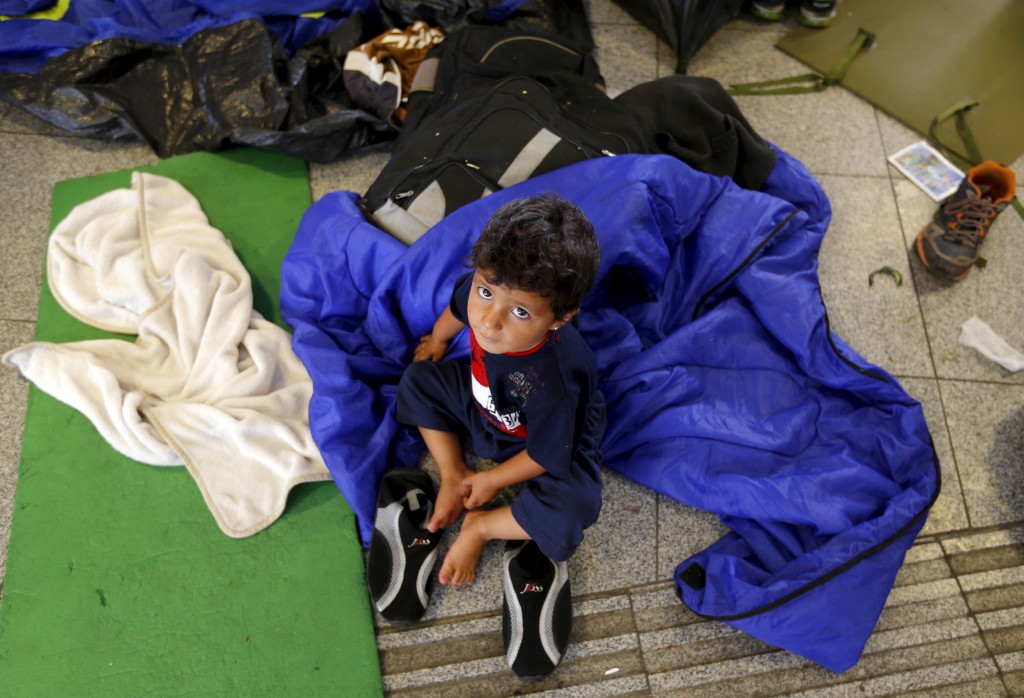 A Syrian migrant child sits on the floor while waiting to leave Hungary outside a train station in Budapest, Hungary August 29, 2015. Photo by Laszlo Balogh/Reuters

More than 300,000 migrants, many of whom are fleeing conflict in Africa and the Middle East, have entered southern Europe this year, with at least 100,000 arriving during July alone.

In response to the differing laws across Europe governing the steady influx of asylum seekers, French Foreign Minister Laurent Fabius on Sunday criticized eastern European countries that have refused to take in migrants, singling out Hungary, which built a fence along its border with Serbia to keep migrants out. 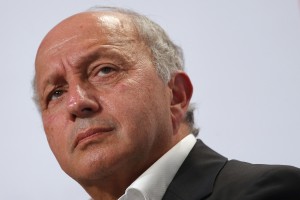 “Hungary is not respecting Europe’s common values, so the European authorities need to have a serious, even a stern discussion with its officials concerning refugees,” Fabius said. “With regard to all those people who are politically chased out of their country and who are in war-torn countries, we have to be able to welcome them.”

Meanwhile, seven died on Sunday after a boat carrying migrants capsized off the coast of Libya, officials said.

“We had reports this morning that there are seven bodies of illegal migrants that sank off Khoms (east of Tripoli) … but we don’t have any details how many migrants were on board,” Mohamad al-Misrati, a spokesman for the Red Crescent in Tripoli, told Reuters. 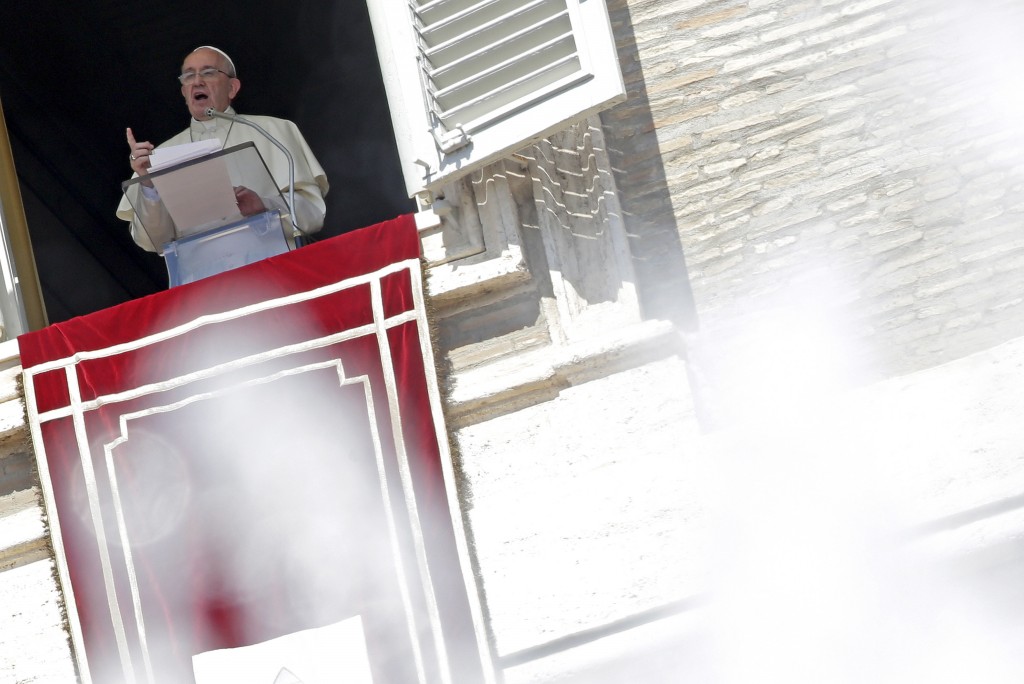 Pope Francis, framed by the water of a fountain, talks from the window during his Sunday Angelus prayer in Saint Peter’s square at the Vatican, August 30, 2015. Photo by Max Rossi/Reuters

Pope Francis led prayers on Sunday for the migrants who’ve died attempting to cross into Europe, including the 71 found dead in a truck on an Austrian motorway last week.

The victims found in the truck, which included a baby girl and three children, are thought to be refugees from Syria or Afghanistan, Reuters reported.

At St. Peter’s Square in Rome, Francis asked the crowd to pray silently with him for those who die “on their terrible journeys,” the Guardian reported.

He also urged cooperation to stop these crimes that “offend the entire human family.”

Left: Migrants walk along in the sunset after crossing into Hungary from the border with Serbia near Roszke, Hungary, August 30, 2015. Photo by Bernadett Szabo/Reuters.