How exactly do you count Africa’s elephants?

Ask any researcher or conservationist how many elephants are in Africa and you will be hard-pressed to get an exact number. Current estimates range between 400,000 and 750,000 on the continent. Of the elephants living across the continent, about 100,000 were killed by poachers in recent years.

Now, with $7 million in funding from Microsoft co-founder Paul Allen, researchers will be leading a two-year aerial count to track the status of African savanna elephants. 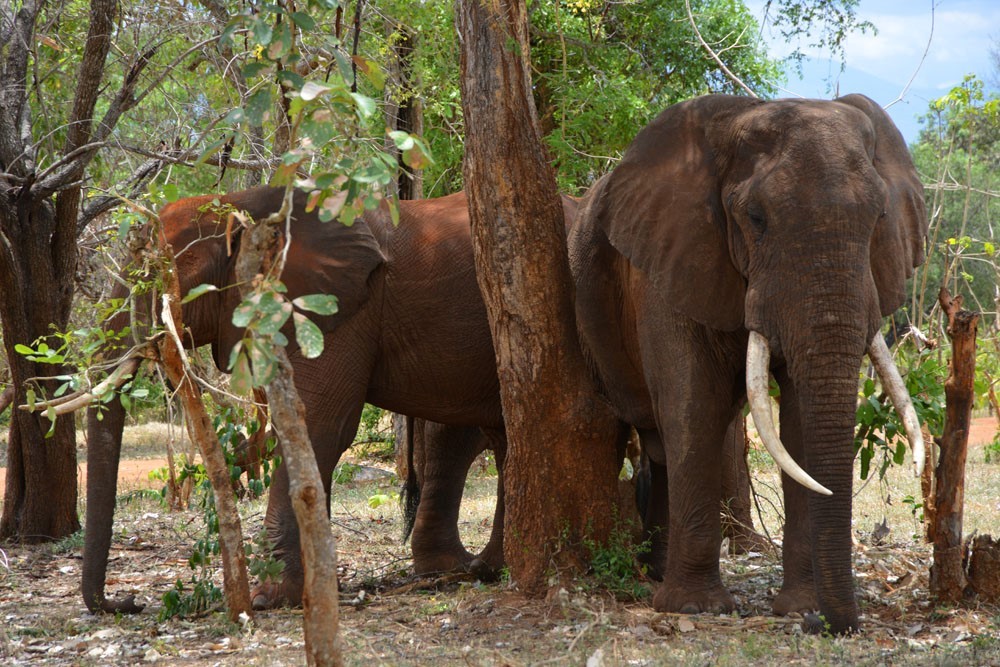 So far, 18 countries have signed up — extending the survey as far north as South Sudan, through East and Central Africa, parts of West Africa and as far south as South Africa. Since the project started in February, researchers have surveyed the elephants of more than ten countries.

At the project’s completion, researchers plan to survey elephants across nearly 600,000 square miles of the African continent.

Here’s how the survey works. 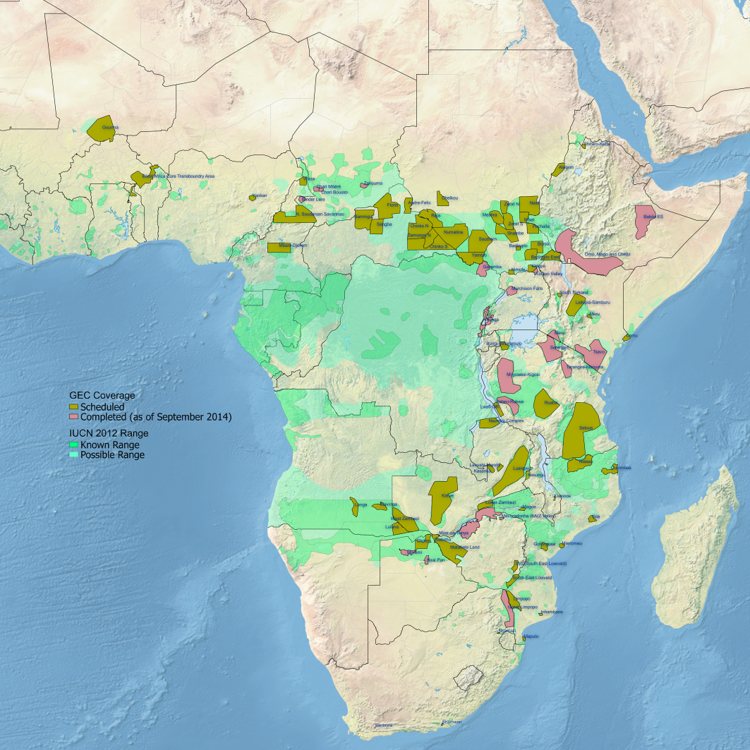 Areas that will be surveyed by air over the course of the Census project, which is expected to be completed in 2015. Credit: Great Elephant Census

The tools: Modern technology and eyes in the sky

The team includes about 50 researchers and a fleet of more than 10 small aircrafts that carry out the aerial count, according to Ted Schmitt, who serves as the senior program manager of technology development at Vulcan Inc., Allen’s investment and charitable projects company. 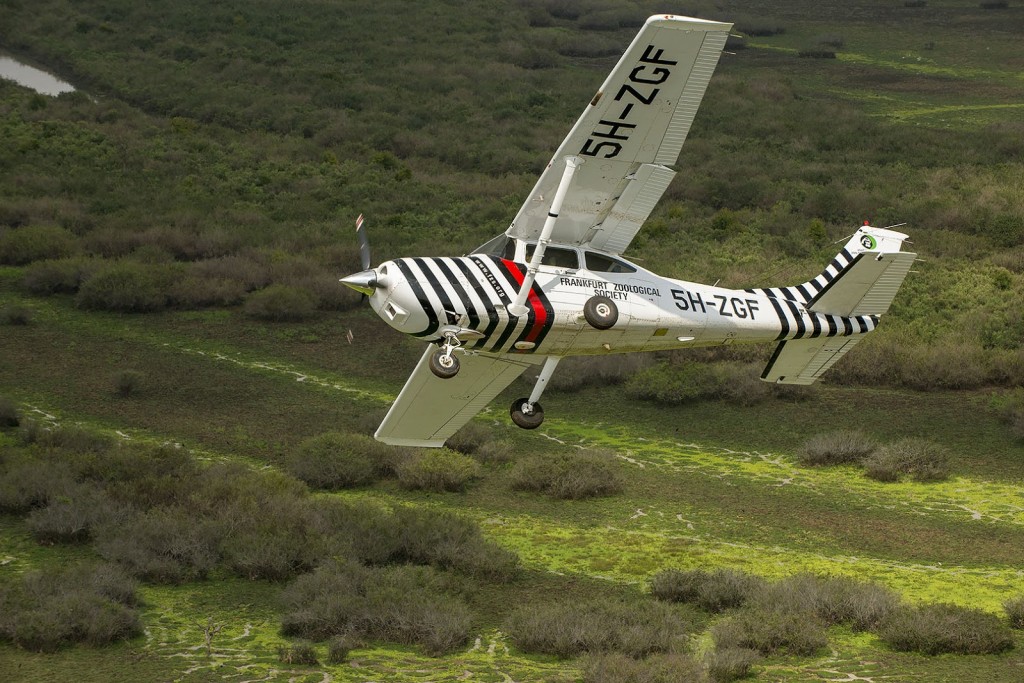 Each day of the survey typically begins early in the morning with a pilot, two observers in the rear of the plane who record and take pictures of elephant sightings using two GPS-equipped cameras. A fourth team member focuses on gathering flight data to be used for later analysis. 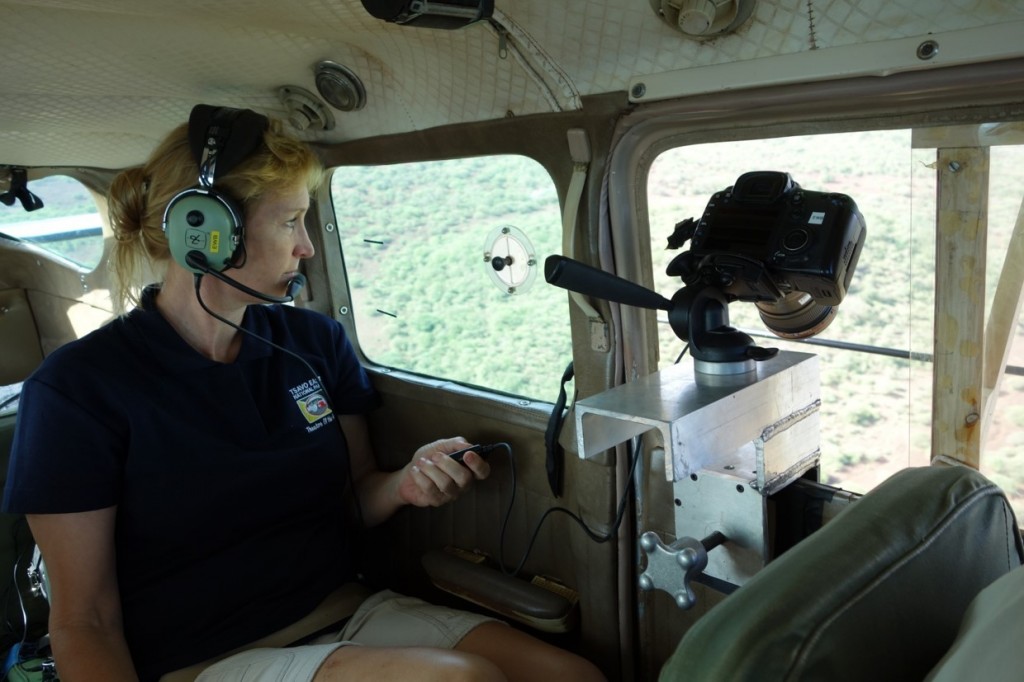 Observers look out for elephants below as well as giraffes and buffaloes. Bodies of dead elephants “are an important part of the count as well,” Schmitt said.

Helping to lead the census is Mike Chase, a conservation biologist and director of the non-profit organization Elephants Without Borders, who said to make the key to accuracy with the survey is consistent flight height and speed. If “you go too fast, you’re going to miss animals,” he said.

Not all elephants must be seen to be counted

In order to compensate for the trees and other vegetation that can easily disguise animals, GPS-equipped cameras that capture animal and herd sightings are attached to the side of the plane.

The pictures will be used to verify what the spotters observe and record. The equipment helps to expose partially-hidden elephants and the GPS coordinates identifies an exact location. 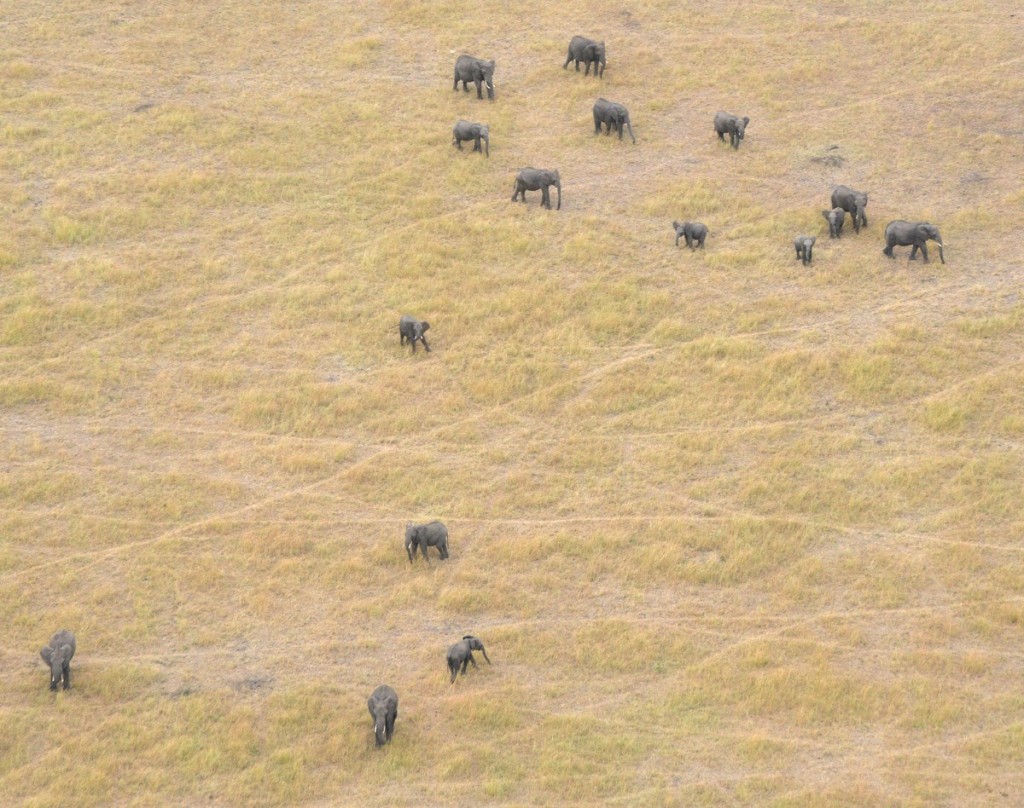 The data logger that helps capture the information mid-flight, developed by Vulcan Inc., includes an Android tablet with a 3D-printer mount connected to an app. The app links to the laser altimeter used by the pilot to maintain the right altitude.

“The data logger automates capture of this data, easing burden on the surveyors, improving accuracy and reducing fatigue,” Schmitt said. 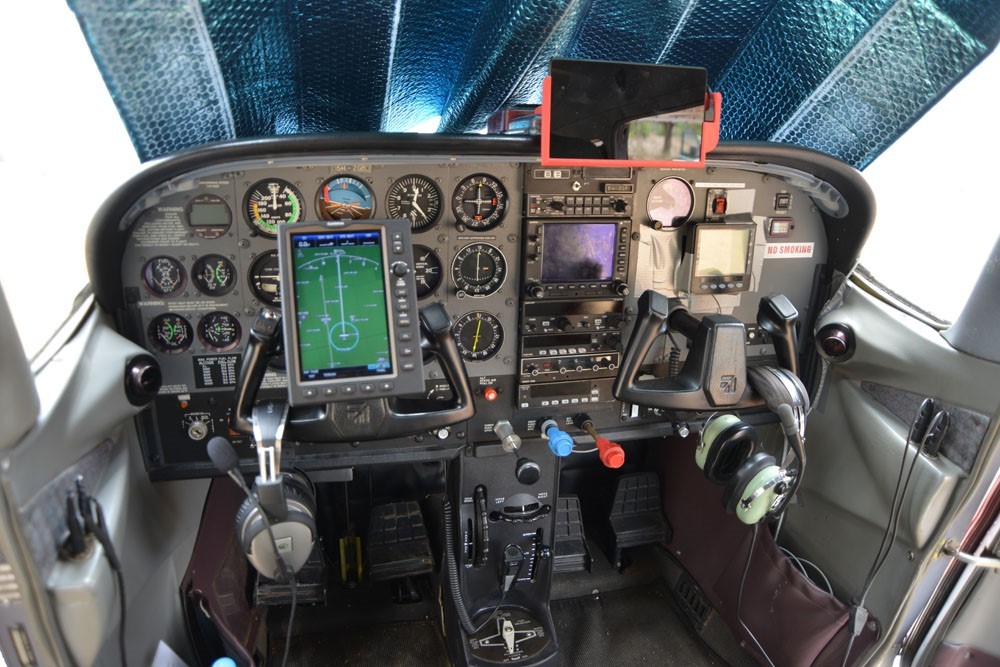 Each Cessna is outfitted with a data logger and altimeter to ensure that each survey is flown in a consistent manner, and that all observations and data from the inside of the aircraft are captured for future analysis. Credit: Great Elephant Census

When the aircraft lands, the data software uses an algorithm that combines the animal observations made in the air along with factors such as flying altitude, which gives researchers a scientifically sound animal count.

On the ground, the survey continues

In an effort to be as accurate as possible, ground survey researchers track and capture images of herds and cross reference their information with what was captured in the air.

Moving forward, researchers say some elephants will be outfitted with a tracking device that will allow researchers to continue to monitor the movements of the animals.