WHAT WE KNOW NOW:

Explosions erupted at the Brussels airport and one of its subway stations during rush hour Tuesday morning, killing at least 34 people and injuring more than 130 others, Associated Press reported.

Two explosions struck the departures area of the city’s main international airport, collapsing the ceiling, blowing out windows and sending passengers running from the building. A third bomb was brought to the airport, but did not detonate, said Lodewijk De Witte, the governor of the Belgian province of Flemish Brabant.

Belgian officials said at least 11 are dead from the blasts at the airport and at least 81 more have been injured, AP reported.

About an hour later, another explosion was reported at a Brussels metro station in the heart of the city, near the headquarters of the European Union. Brussels Mayor Yvan Majeur said 20 people are dead from the train explosion, AP reported.

Police in Brussels released photos taken by a surveillance camera of three suspects in the airport bombings. Police issued a wanted notice for a suspect in light clothing and a dark hat, in connection with the airport bombing. The notice was posted on Facebook and Twitter, seeking help to identify the man.

Belgium’s federal prosecutor said at least one of the blasts at the airport was likely caused by a suicide bomber.

“What we fear has happened,” Belgian Prime Minister Charles Michel said. “We were hit by blind attacks.”

PBS NewsHour will live stream reports and press conferences on the Brussels attacks all day today. Watch them in the player above.

“Terrorists struck Brussels but it was Europe that was targeted,” Hollande said. 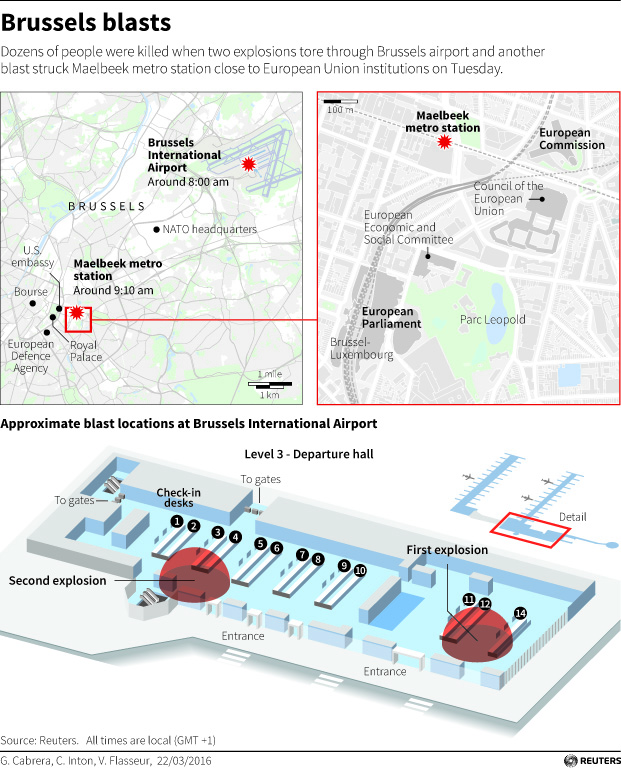 The explosions happened four days after Salah Abdeslam, one of the men behind the Paris attacks in November, was arrested in Brussels. Michel said there was no current evidence linking Abdeslam to Tuesday’s attacks.

ISIS has claimed responsibility for Tuesday’s attacks in a post published in the group’s Amaq news agency. The posting said its militants detonated suicide belts and opened fire in the Brussels airport, with another suicide bomber targeting the metro, AP reported. 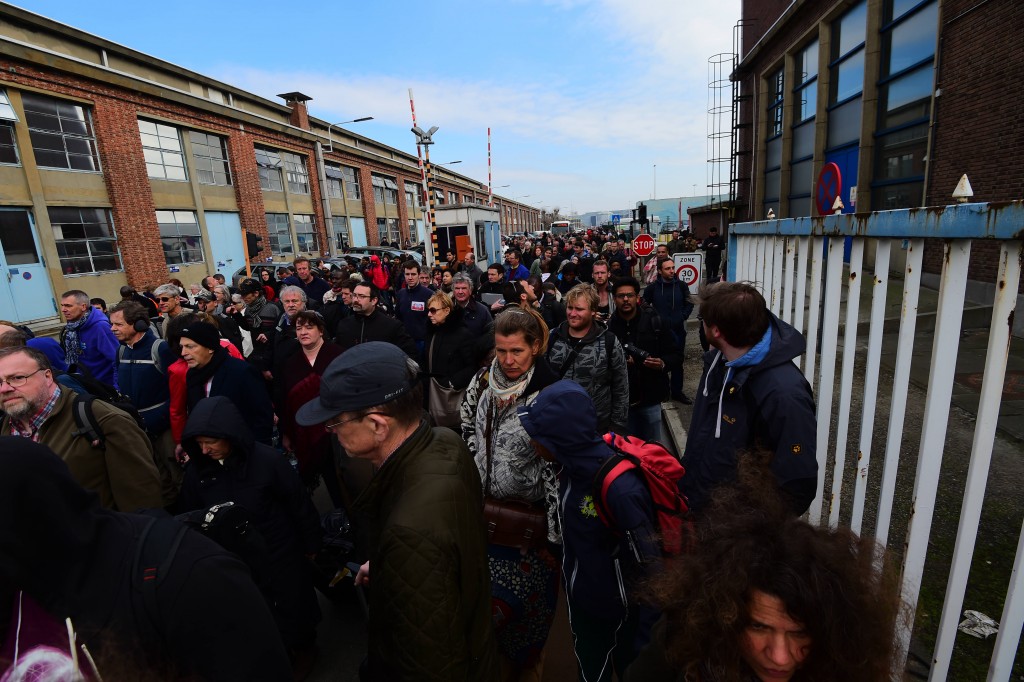 Belgian authorities immediately raised the country’s terror alert to the highest level, putting the city in lockdown. Hours after the detonations, the Belgian crisis center announced that people could start moving around the city after the morning’s shelter-in-place order.

Belgium’s national soccer team called off a practice session in Brussels on Tuesday. The U.S. Justice Department and FBI are also working with their Belgian counterparts, following the attacks, a DOJ official told the AP. 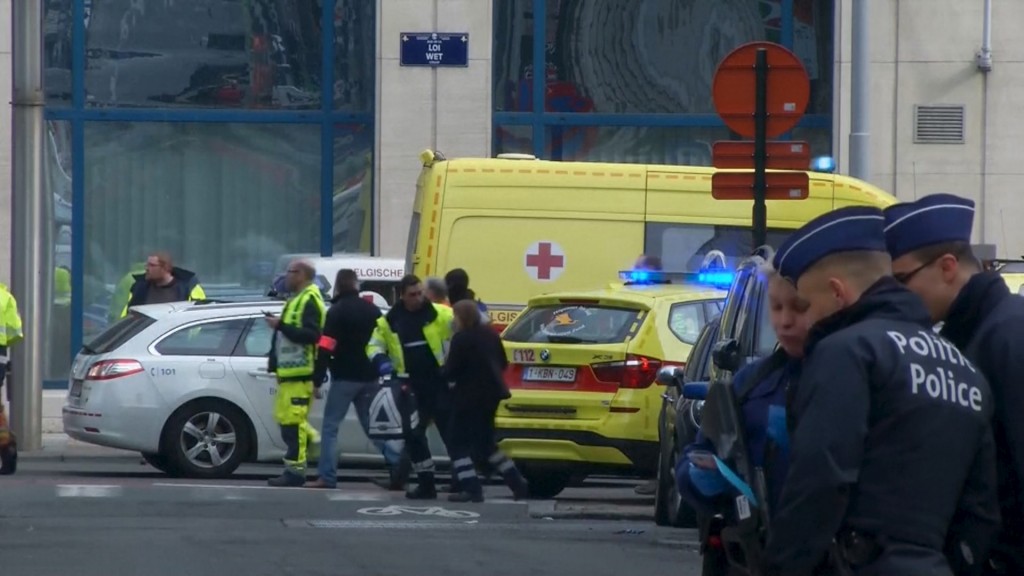 Emergency personnel are seen at the scene of a blast outside a metro station in Brussels in this still image taken from video on March 22. Photo by Reuters TV

“I am shocked and concerned by the events in Brussels. We will do everything we can to help,” Cameron wrote on Twitter.

French President Francois Hollande responded Tuesday to the deadly terror attacks in Belgium, drawing comparisons to attacks in Paris and Africa, and calling for a global response. Video by PBS NewsHour

“Our thoughts are with the victims and their loved ones, and the Netherlands stands ready to help and support our neighbors to the south in any possible way,” the Dutch prime minister said in a statement.

A previous version of this story said 28 people died. The death toll has since been revised.

Left: A soldier stands near broken windows after explosions at Zaventem airport near Brussels, Belgium. Photo by Francois Lenoir/Reuters