YEREVAN, Armenia — Fighting erupted anew Sunday between Armenian and Azerbaijani forces over the disputed separatist region of Nagorno-Karabakh and a top territorial official said 16 people were killed and more than 100 wounded, while Azerbaijan’s president said his military has suffered losses.

Armenia also claimed that two Azerbaijani helicopters were shot down and three Azerbaijani tanks were hit by artillery, but Azerbaijan’s defense ministry rejected that claim.

Heavy fighting broke out in the morning in the region that lies within Azerbaijan but has been under the control of ethnic Armenian forces backed by Armenia since 1994 at the end of a separatist war. It was not immediately clear what sparked the fighting, the heaviest since clashes in July killed 16 people from both sides. 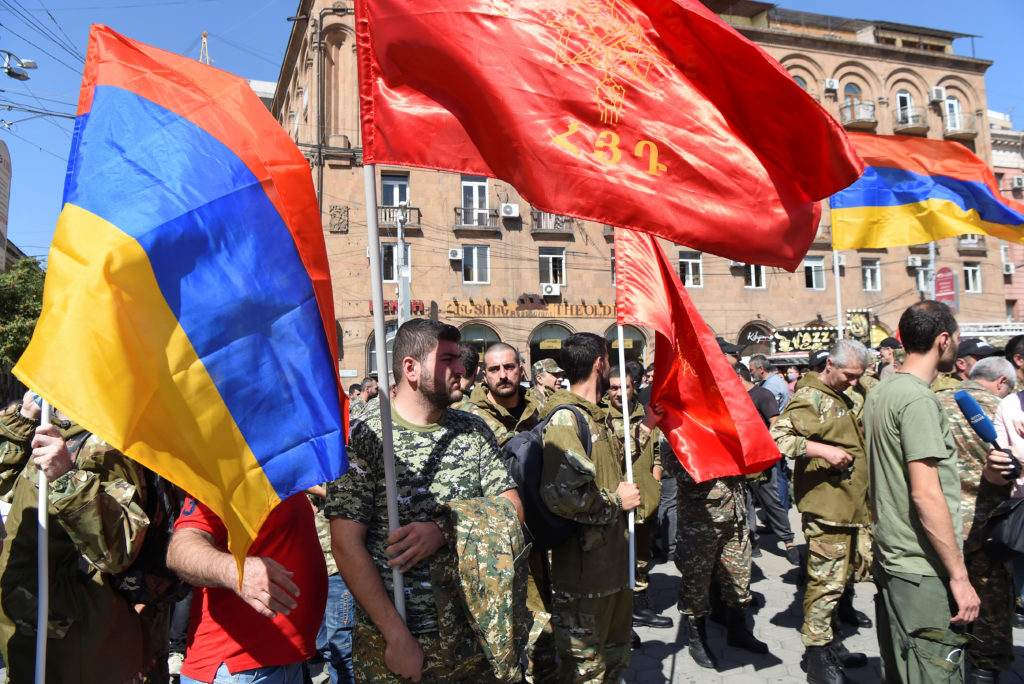 Artur Sarkisian, deputy head of the Nagorno-Karabakh army, said that 16 people were killed and more than 100 wounded. It wasn’t immediately clear if the figure included both soldiers and civilians. Earlier, the Armenian human rights ombudsman said a woman and child had been killed in the shelling.

Azerbaijani President Ilham Aliyev ordered martial law be imposed in some regions of the country and called for a curfew in major cities.

In a televised address to the nation, Aliyev said that “there are losses among the Azerbaijani forces and the civilian population as a result of the Armenian bombardment,” but didn’t give further details. He also claimed that “many units of the enemy’s military equipment have been destroyed.”

Albanian Prime Minister Edi Rama, chairman of the Organization for Security and Cooperation in Europe, called on the sides to stop fighting. The long-unsuccessful negotiations for resolving the territory’s status has been conducted under OSCE auspices.

Armenian Prime Minister Nikol Pashinian on Sunday said the country could reexamine whether to recognize Nagorno-Karabakh as independent. Such a move would likely obstruct further negotiations. 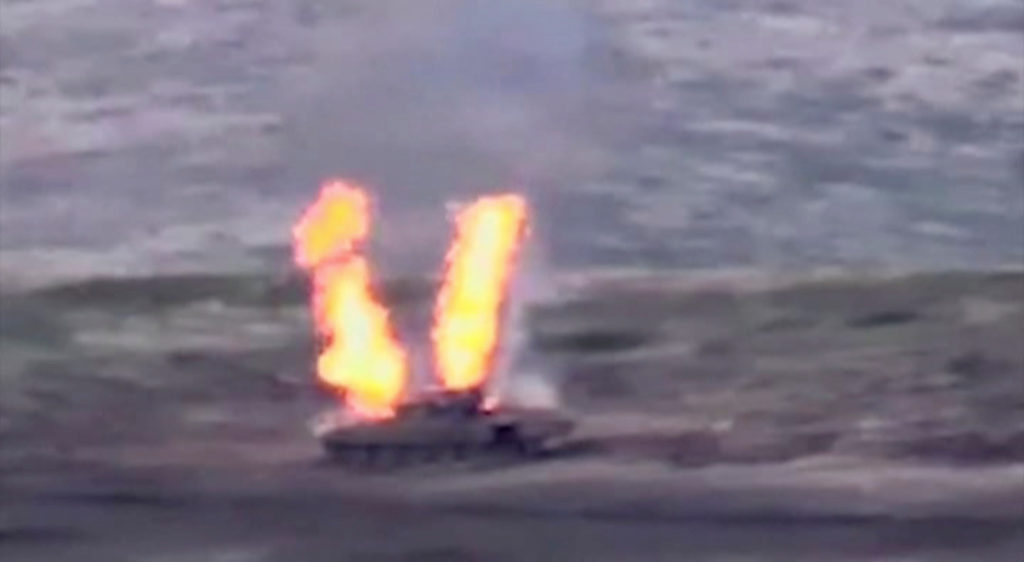 The news was harshly received in Turkey, a close ally of Azerbaijan.

“Armenia has violated the cease-fire by attacking civilian settlements … the international community must immediately say stop to this dangerous provocation,” Kalin tweeted.

Mostly mountainous Nagorno-Karabakh — a region around 4,400 square kilometers (1,700 square miles) or about the size of the U.S. state of Delaware — lies 50 kilometers (30 miles) from the Armenian border. Local soldiers backed by Armenia also occupy some Azerbaijani territory outside the region.

At the Vatican, Pope Francis said Sunday that he was praying for peace between the two countries, urging them to them to “accomplish concrete deeds of goodwill and fraternity” to reach a peaceful solution through dialogue.