As your plane touches down at Singapore’s sparkling airport (or even before if you are flying the wonderful Singapore Airlines), you see and feel the influence of the tiny nation’s founding father, Lee Kuan Yew, who died Sunday at age 91.

The passage through immigration and customs is quick, and a spotless cab takes you on not-too-crowded highways lined with greenery, parks and trees to a bustling city center full of tall buildings and upscale, air conditioned shopping malls and an international financial hub on par with Hong Kong and Tokyo. (Lee once remarked that air conditioning was the key scientific advance for Southeast Asia, freeing its people and leaders from dealing with insufferable heat. A popular Singapore blog was labeled Air Conditioned Nation).

When Lee, a British trained lawyer, became prime minister of the first post-colonial version of Singapore in 1959, such an outcome was inconceivable except perhaps in his own mind. It had no natural resources to exploit, even had to import its water, and it was surrounded by potential enemies and risks and a largely poor population emerging from both British rule and the Japanese occupation of World War II. 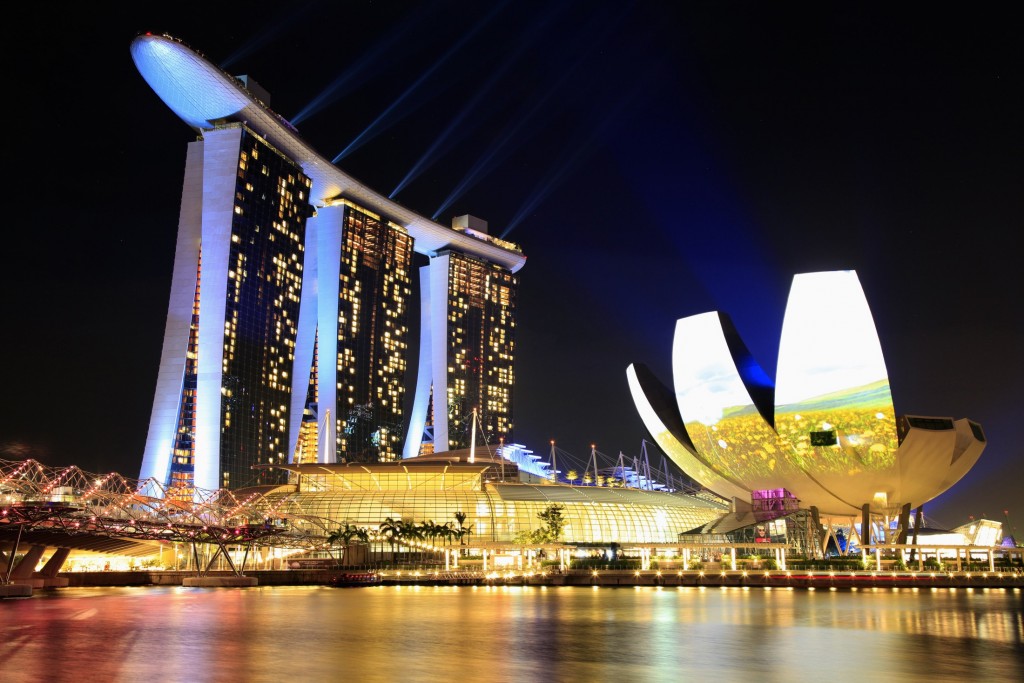 Getting from there to here took single minded, even ruthless determination, autocratic rule, a deep involvement of the state in the smallest matters and considerable agility on the international stage. At its core were two fundamental principles: to create a genuine multi-ethnic and multi-racial nation of Chinese, Malay and Tamil peoples and to educate their youth to the highest possible levels to forge a ruling class remarkably free of corruption.

In Lee’s vision, there was little room for the norms of western democracy. There is an elected parliament, but Lee’s People’s Action Party wins all the elections. The establishment print and broadcast outlets are under government sway, (Though in the Internet age their influence is much diminished, especially among the upwardly mobile young.) But for American officials and analysts worried that Asia and the developing world are going to follow the Chinese model, the concern is misdirected. In my travels around Asia, I never hear people wanting to adopt a vicious totalitarian state. What many do admire, especially as they express growing dismay with U.S. governance, are the results of Singapore’s benign autocracy.

What should be even more worrisome for Americans is that Singapore has created a more upwardly mobile meritocracy than the current United States, where the son of a small shopkeeper has as good or better chance of going to Yale than his American counterpart. In Singapore, a child who does well in primary school has a prospect of receiving state scholarships through secondary and university levels. I once attended a think tank session where a Latin American academic lamented that Singapore sends more students to American Ivies than all of Latin America. 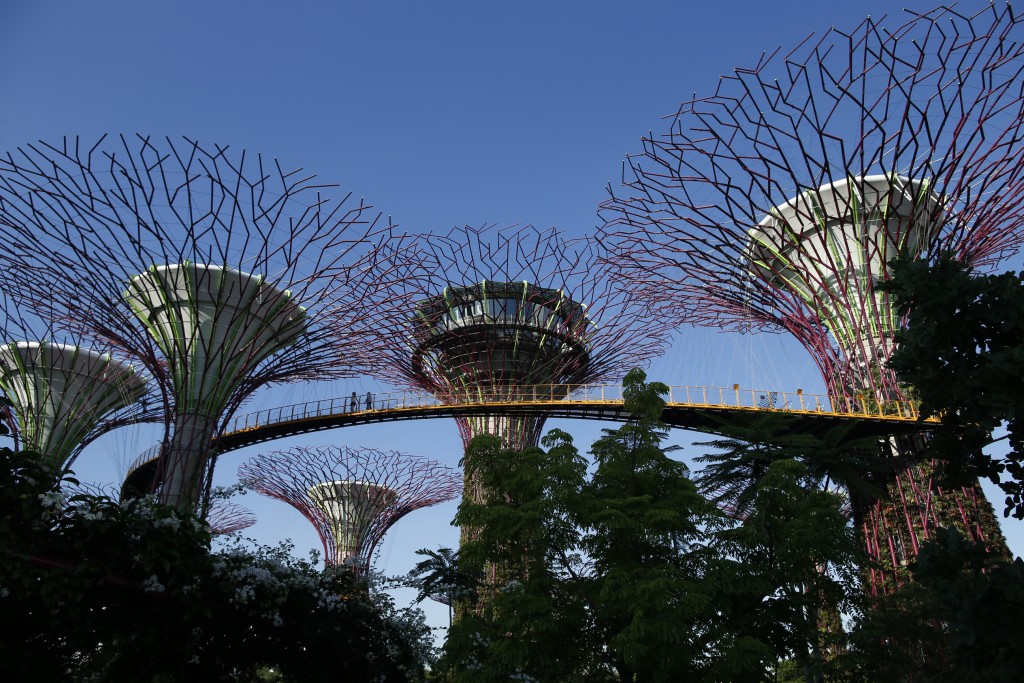 Lee’s Singapore often has been described as a “nanny state” with the government as provider and in return expecting dutiful subjects. It is a government that believes in planning, whether imposing such high taxes that few middle class people can afford a car, to even more intimate family matters. But as other societies, especially China, have learned, messing with human nature and desire can backfire. After decades of promoting small families, and now dealing with one of the lowest birth rates in Asia, Singapore’s government has reversed course and is now calling for earlier marriages and more babies.

But that runs into another effect of a level of prosperity that has produced a per capita GDP of $56,000 in this city-state of 5 million that covers less than 300 square miles. The housing market, much of it controlled by the government, has shot out of sight, and out of reach for many middle class families. Finding a big enough dwelling for two or more children becomes increasingly problematic.

Housing, along with immigration, are the two dominant issues in Singapore politics and led to a surprisingly strong showing for the opposition in the parliamentary elections of 2011. The government, now run by Lee’s son, Lee Hsien Loong, faces elections next year and an opposition that could feel further emboldened by the absence of the founding father, whose presence hovered over politics even after he left the premiership in 1990.

If Lee had an ideology, and over the course of his life moved from espousing British style socialism to Confucianism, it was pragmatism with invariably ambiguous results. And those ambiguities and mixed emotions I heard in countless conversations with Singapore friends in three visits in the past four years. 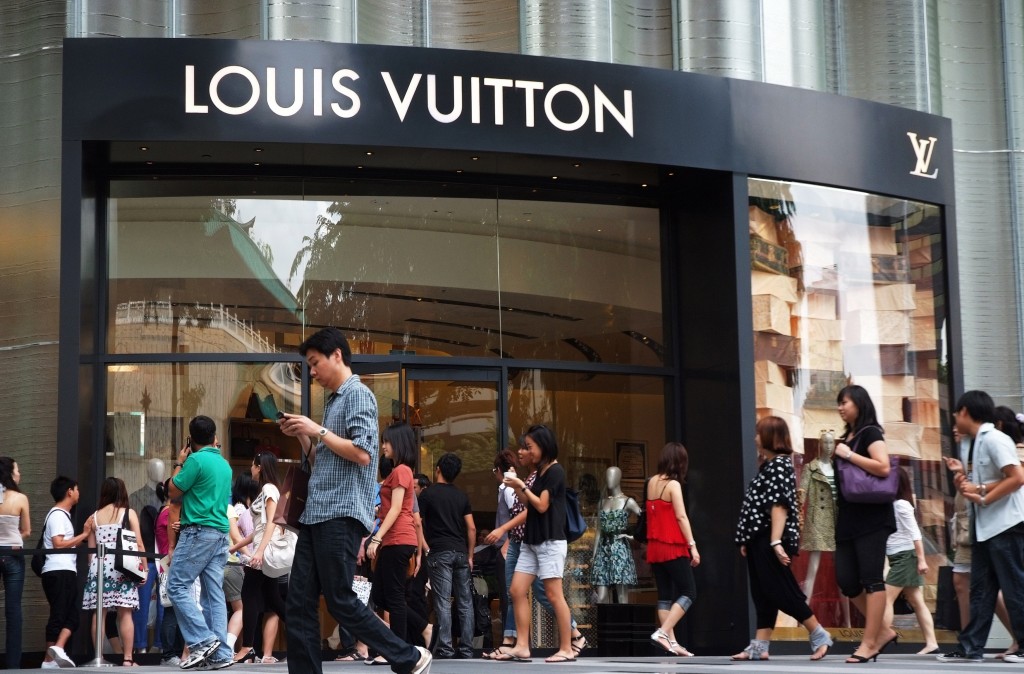 Shoppers walk past the luxury Louis Vuitton store during Christmas Eve in central Singapore in 2010. According to the World Bank, Singapore has one of the highest GDP’s per capita. Photo by Kevin Lam/Reuters

Singapore only became a separate nation in 1965, after leaving the Federation of Malaysia, but since then has developed a strong sense of patriotism and identify. There are complaints about rigidity and conformism from primary school to adult life. Even establishment figures and writers such as lawyer Simon Tay and diplomat Kishore Mahbubani, seem to write and talk with an idea of how far they can push the boundaries of dissent. Homosexual activity is illegal, a law upheld by the nation’s highest court last year, but 25,000 marched in the Pink Pride parade and gay bars flourish. And a nanny state can produce whiners. A Washington friend now living in Singapore and who endured the dysfunction of the D.C. subway system, expresses amazement when his colleagues complain about crowded trains running a few minutes late during the height of the Christmas shopping season.

The ambiguity of Lee’s pragmatism, which was feted by international leaders from Henry Kissinger to Tony Blair and Barack Obama, was especially visible on the world scene. Singapore has close and deep relations with China, but Lee worked to keep a U.S. presence in Asia as a buffer. He kept the country out of wars while maintaining one of the few remaining conscript armies in the world, but one that college graduates are expected to serve in, not escape. He often said the Vietnam War gave Asian nations a breathing spell to subdue local communist insurgencies. Lee’s Singapore, tiny as it is, has become a key player in Asian diplomacy, even though other Asian officials and analysts will often complain to foreign reporters about Singaporean arrogance.

In an obituary in The Guardian, journalist Philip Bowring wrote:

“Being liked was not part of his agenda. A combination of high intelligence and unswervable determination were Lee’s characteristics, and he transferred them, at least superficially to modern Singapore.”

And what next, in a Singapore no longer guided by its father?

“Without him,” wrote Bowring, “it may in time go a different way, more reflective of its multiracial background and potentially precarious existence. But while he was alive few dared think, let alone put forward, alternate visions.”

Perhaps, as soon as next year’s elections, some of those visions might emerge. But for all the debate and controversy surrounding this single-minded leader, few nations have been blessed with as strong and positive a founding legacy on which to build.

That is why today, Singapore is a country in mourning, symbolized by hand-scrawled notes and, even teddy bears, left outside the hospital where Lee died.