How to stop illegal fishing in the world’s oceans? Send in the hackers.

Timotius Sitorus stood among a group of college students, locked in discussion about the possibility of creating a mobile app that could tell a fish’s stage of development while still underwater, in order to guess its size and know whether it’s legal to pull up.

They were among 116 hackers in 12 cities worldwide, participating in the second annual Fishackathon that began Friday, which brought together a consortium of coders, foodies, students and concerned citizens.

Their mission: Create mobile apps and other devices to help fishermen around the globe report catches, build better management systems, and create a network to monitor illegal fishing.

Twelve finalists from the 24-hour global event held over the weekend leading up to World Oceans Day on June 8, will be whittled down to two grand-prize winning teams, whose programming code will be open-sourced online for others to use, share and improve upon — all in an effort to sustain the connection between coding and fishing. 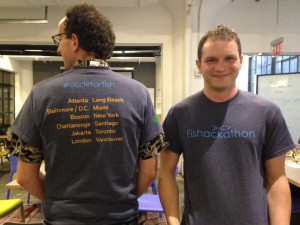 Noah Chesnin of the NY Aquarium (l) stands beside GreenWave’s Brendan Coffey (r) at the start of the hacking Friday night. Photo by Carey Reed/NewsHour

“Coding is a critical way to connect to issues facing our oceans,” Noah Chesnin of the NY Aquarium told the crowd at the Centre for Social Innovation Friday night.

Joe Lee, the CTO of GreenWave, the startup that hosted New York City’s Fishackathon, admitted that while it may seem obvious to him to use coding and new technologies to solve fishing industry issues, it’s still a relatively new concept.

In fact, Sitorus said he only showed up out of curiosity to see how a hacking event centered around fishing would turn out. It was simply a coincidence that he wore his college’s computer society t-shirt that features a ghost fish, the mascot, and the word “HACK” in caps below. 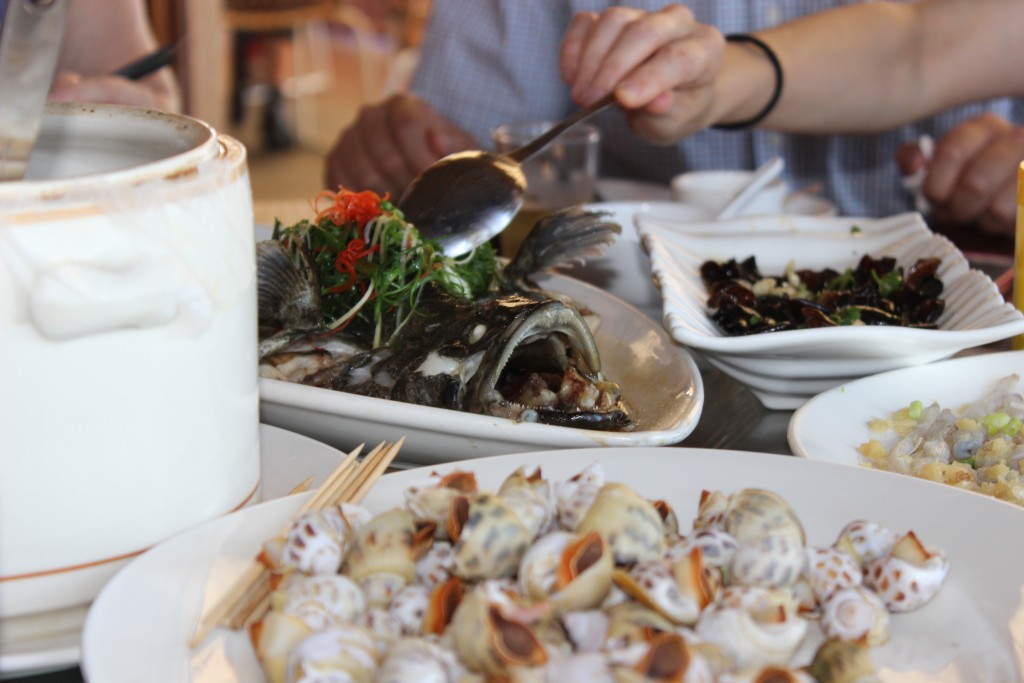 One third of the population relies on fish as a main source of protein.

With one-third of the 7 billion people on the planet relying on fish as a main source of protein, sustaining the world’s fish appetite is a tall order, not only for small-scale fisheries in developing countries, but also for some of the world’s leading fish importers and exporters. 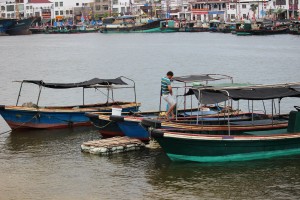 A fisherman stands aboard his boat docked at a village in Hainan Island, China. Photo by Tracy Wholf/NewsHour

Recently, technology has been used in the fight against illegal fishing. New satellite tracking systems have been launched to spot illicit activity on the world’s oceans, such as boats crossing in to marine reserves to fish, or other activity that could be linked to illegal fishing.

This year, groups focused on four categories of problems that came from small fishing communities, including ones in Bangladesh, as well as issues submitted through the U.S. State Department, which dreamt up the event, and the National Oceanic and Atmospheric Administration.

The most prevalent issue for organizers was traceability, knowing where the fish on your plate came from and how it was handled along the way — and whether any international laws were violated. 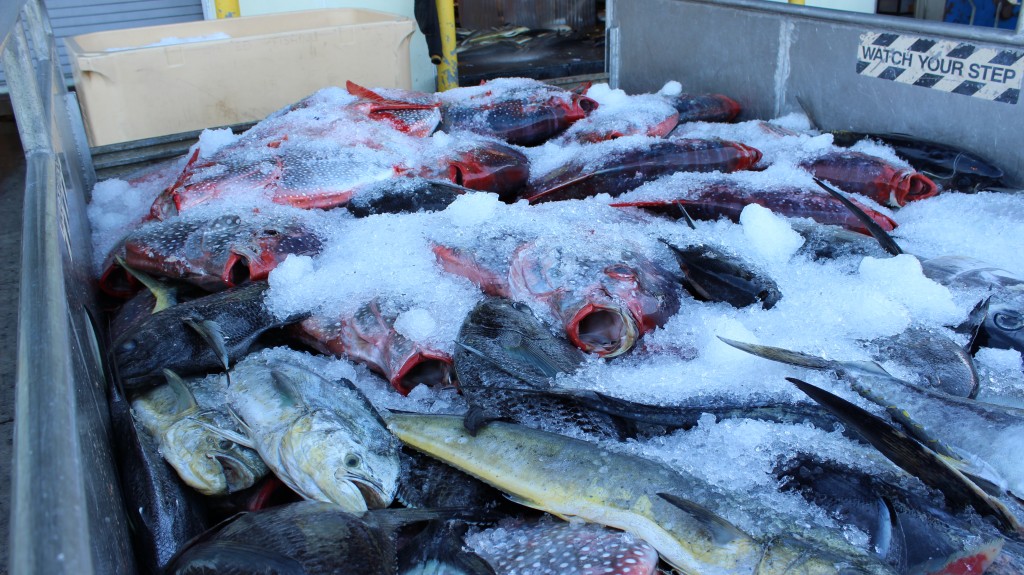 Fish caught to sell at the Honolulu Fish Auction in Hawaii. Photo by Tracy Wholf/NewsHour

Illegal fishing is a big business, amounting to as much as $23 billion a year, globally. In the United States alone it is estimated that as much as 23 percent of wild-caught fish comes from illegal sources, according to a 2014 study from Marine Policy. 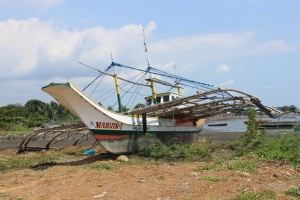 Even geopolitical struggles, especially in the South China Sea, have caused some fishermen to abandon their boats and their livelihood as the battle over fishing grounds intensifies.

In 2012, more than 90 million tons of fish were caught globally, with an estimated value of $130 billion. The fishing industry employed as many as 12 percent of the world’s population that year, according to the annual “State of the World Fisheries” report by the United Nations.

Lee along with Brendan Coffey, the Deputy Director of GreenWave, emphasized that because many people make a living by fishing, even illegally, organizations that attempt to combat it must do so in a sensitive and compassionate way.

So instead of telling people to find another job, their organization, as well as the Fishackathon hackers, work to offer solutions. GreenWave specifically has a program to teach fishermen how to farm species like oysters that can help restore water ecosystems.

Reflecting on last year’s Fishackathon, Lee said he got choked up when the grand prize was awarded for the best mobile app because he was touched that everyone who volunteered had done so because they cared about the world’s oceans.