A year after the Islamic extremist attacks in Paris on satirical newspaper Charlie Hebdo, a kosher market and on a police officer, France remembered the 17 people who died with a week’s worth of memorial services and plaques placed around the city.

French President Francois Hollande unveiled a plaque with the names of the Charlie Hebdo cartoonists who died. One name — Georges Wolinski — was spelled incorrectly with a “Y”, but quickly fixed.

He then paid tribute to the four people killed at a kosher supermarket and met with some of the survivors including an employee who was able to escape and help police free 15 other hostages.

Another plaque, which will be unveiled Saturday, bears the name of police officer Clarissa Jean-Philippe, who was killed in the suburb of Montrouge by one of the attackers. 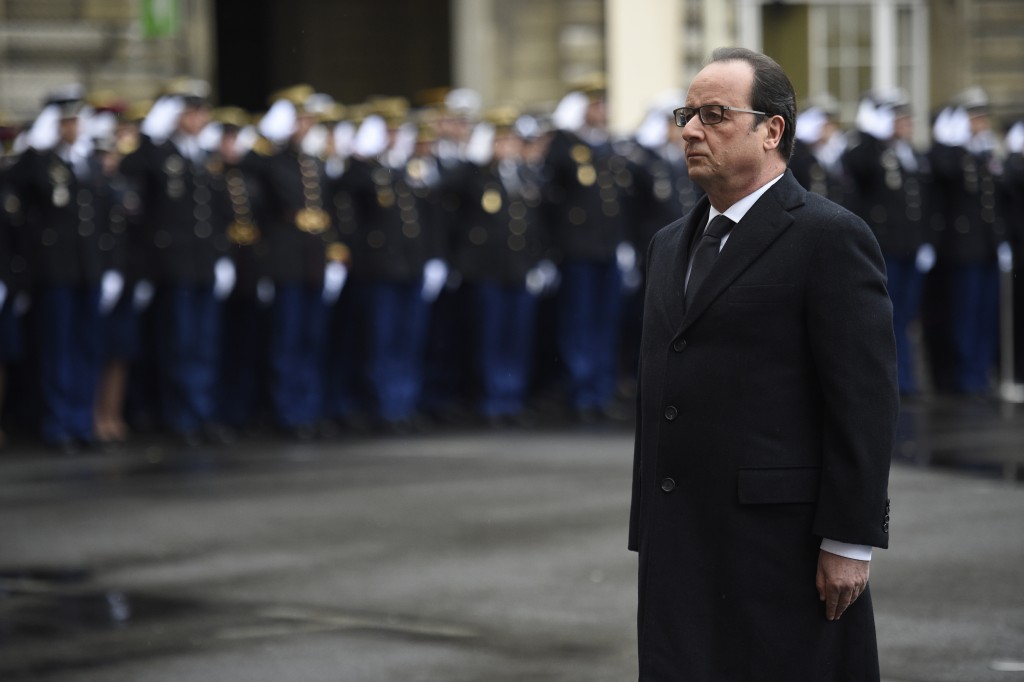 French President Francois Hollande attends a ceremony during a visit to the French anti-terror security forces (Sentinelle) at Paris police headquarters, one year after the killings at the French satirical newspaper Charlie Hebdo, in Paris on Jan. 7. Photo by Martin Bureau/Pool – via Reuters

At the Paris police department, Hollande remembered all three officers who were killed in last year’s attack.

“We will never forget them. They died so that we may live free,” the French president said.

He also urged the police, intelligence services and military to coordinate better to prevent future attacks.

Remembrances will culminate on Sunday with a public event at Place de la Republique, the city square that became a rallying point not only for the Charlie Hebdo attacks but for the Nov. 13 terrorist attacks as well. 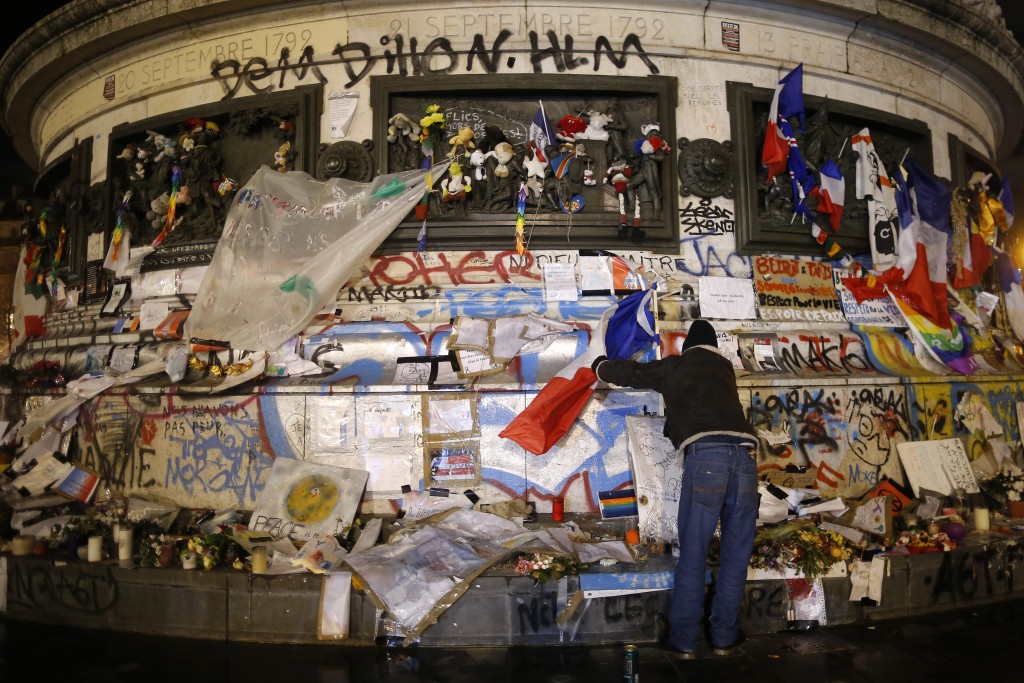 People gather on the Place de la Republique square to pay tribute to the victims of last year’s shooting at the French satirical newspaper Charlie Hebdo in Paris on Jan. 7. Photo by Stephane Mahe/Reuters

The cover of Wednesday’s edition of Charlie Hebdo says in French: “One year on, the assassin still on the run” with a bearded man depicting God running with an assault rifle on his back. Inside, the special edition contains cartoons drawn by those who died.

The Washington Post compiled the thoughts of top cartoonists around the country about whether anything had changed since the Charlie Hebdo attacks.

“I am much less likely to whine about how tough I think I have it,” said Pat Bagley of the Salt Lake Tribune. 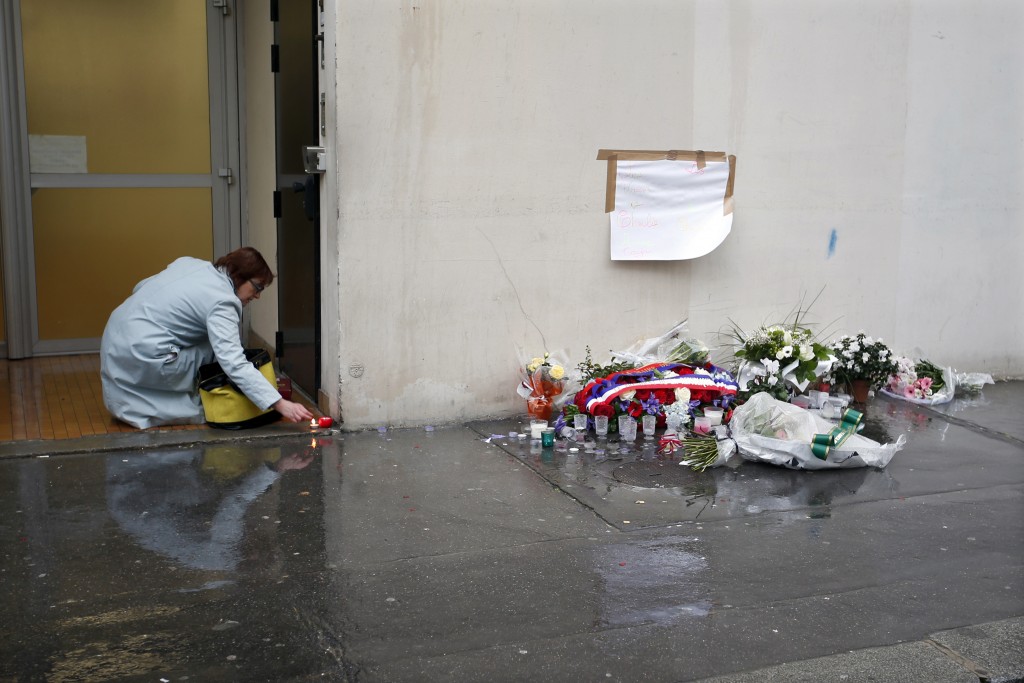 A woman lights a candle near a memorial to pay tribute to the victims of the January 2015 attacks outside the former offices of French weekly satirical newspaper Charlie Hebdo in Paris on Jan. 7. Photo by Charles Platiau/Reuters

“We become numb to terror, and for those of us not directly impacted, it becomes something of an abstraction. [The massacre of] fellow cartoonists personalized it,” said Mike Luckovich of the Atlanta Journal Constitution.

Meanwhile in northern Paris on the anniversary, police officers shot dead a man who reportedly lunged at an officer with a knife. The man, who was not identified, was wearing a fake explosive belt.

The incident prompted schools and shops to close temporarily.

Left: A man reads the latest edition of French weekly newspaper Charlie Hebdo with the title "One year on, the assassin still on the run" in a cafe in Nice, France, on Jan. 6. Photo by Eric Gaillard/Reuters