KINSHASA, Congo — A funeral Mass is being celebrated for Etienne Tshisekedi, the Congolese opposition icon whose son is now president of the sprawling Central African country.

The elder Tshisekedi died more than two years ago in Brussels at 84 but family members say then-Congo President Joseph Kabila blocked the return of his body.

Tshisekedi was one of the most outspoken critics of Kabila, at one point accusing him of treason for not stepping down when his mandate ended. 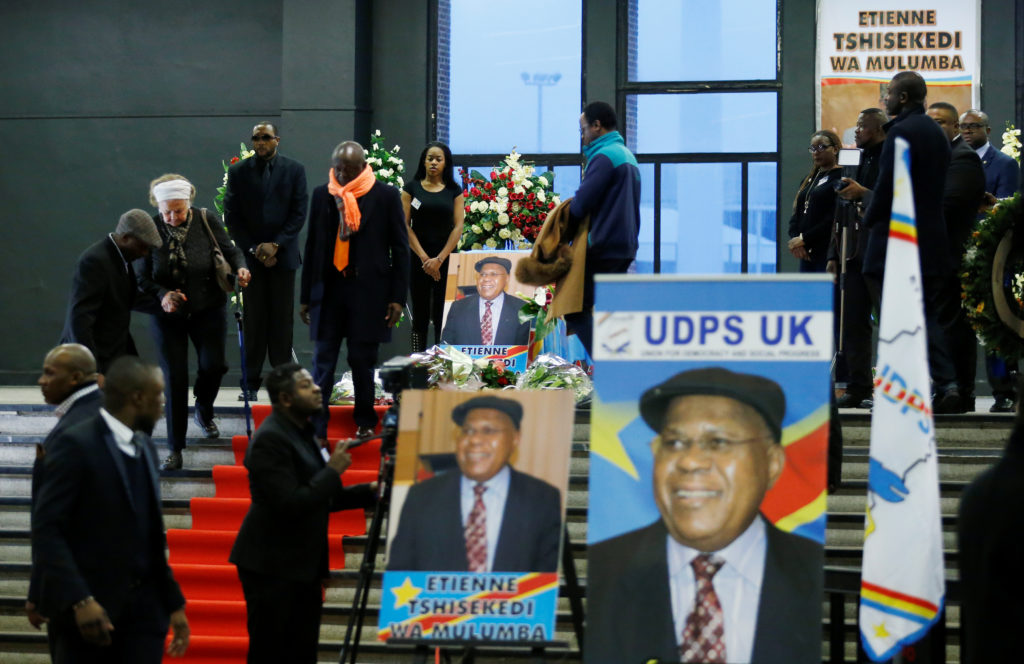 Tens of thousands have gathered to pay tribute to Tshisekedi since his casket arrived home Thursday evening.

The presidents of Rwanda, Central African Republic and Angola are among the world leaders in attendance for the remembrances Saturday in Kinshasa, the capital.

Felix Tshisekedi, his son, won the presidential election in January, ending 18 years of Kabila in office.

Left: A banner dedicated to Etienne Tshisekedi, former Congolese opposition figurehead who died in Belgium two years ago, is seen hanging above supporters during a mourning ceremony at the Martyrs of Pentecost Stadium in Kinshasa, Democratic Republic of Congo, on May 31, 2019. Photo by Kenny Katombe/ Reuters