BIARRITZ, France — Efforts to salvage consensus among the G-7 rich democracies frayed Saturday in the face of U.S. President Donald Trump’s unpredictable America-first approach even before the official start of the summit in southern France.

European Council President Donald Tusk said the three-day summit in the seaside resort of Biarritz would be “a difficult test of the unity and solidarity of the free world and its leaders” and that “this may be the last moment to restore our political community.”

Even as Tusk, who presides over the council of leaders of the 28-member European Union, said the last thing the bloc wanted was a trade dispute with the United States and called for “an end to trade wars,” he promised to retaliate against U.S. products if Trump carries through on a threat to impose tariffs on French wine.

Trump made the threat in response to a proposed French tax on internet companies.

French President Emmanuel Macron, who is hosting the summit beginning later Saturday, has made clear that he has little expectation that Trump will join any statement on fighting climate change even as the issue shot to the top of the agenda with the widespread fires in the Amazon . He already rejected Trump’s request to let Russia rejoin the group five years after being expelled over its seizure of Crimea. And he is trying to hold together the European line on the Iran nuclear deal over U.S. objections. 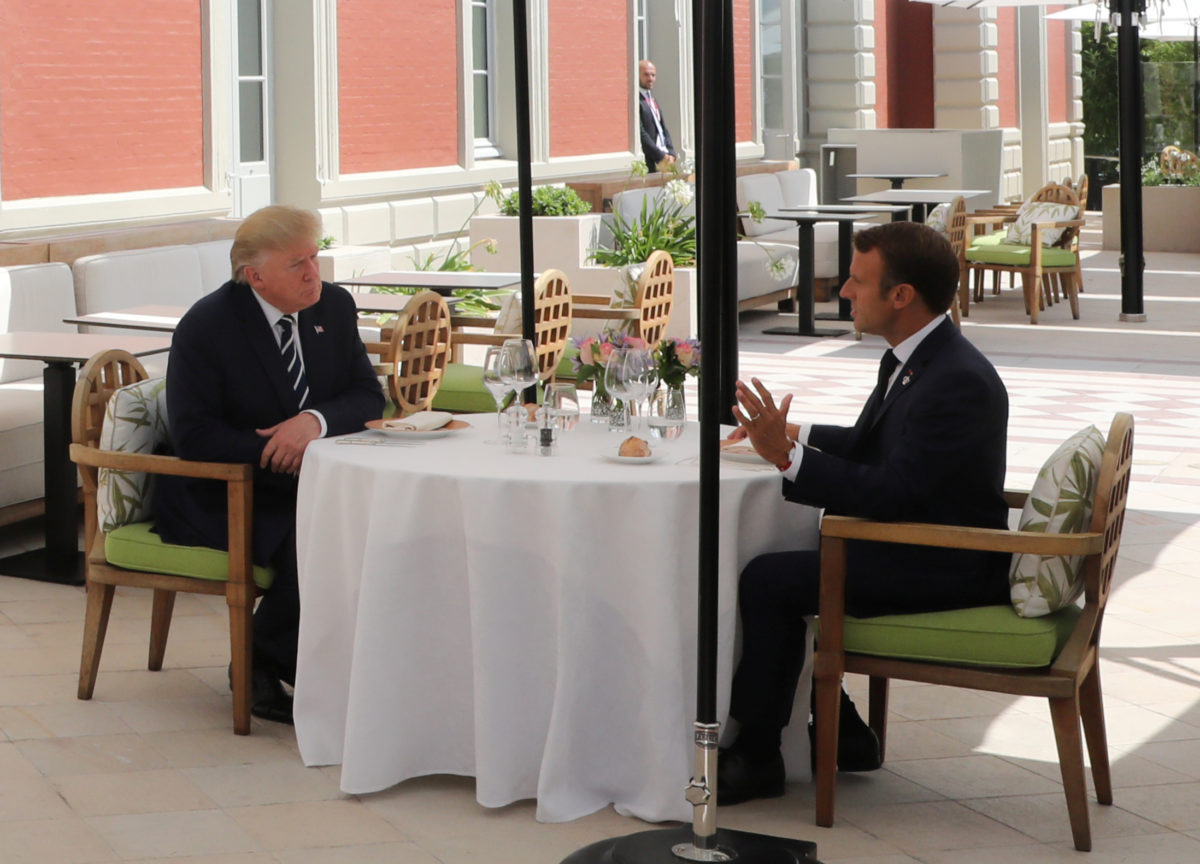 The two were meeting Saturday for lunch. In a nationally televised speech timed for the moment Trump touched down in Biarritz, Macron repeatedly used the word “disagreements” to describe the expected atmosphere. Later, as the two faced each other across a dining table, he used the softer word “divergences” regarding climate change.

Macron described Trump as a “very special guest” and Trump fondly recalled the dinner they shared at the Eiffel Tower.

But Macron was firm that leaders owed it to the world to come up with solutions.

“We have disagreements, and at times there are caricatures. But I think that the great challenges that we have: Climate, biodiversity, the technological transformation, the fight against inequality, this global insecurity, we will only resolve them by acting together, by reconciling,” he said.

Macron threatened to block an EU trade deal with several South American states, including Brazil. Ireland joined in the threat. German Chancellor Angela Merkel disagreed, with her office saying Saturday that blocking the Mercosur deal won’t reduce the destruction of rainforest in Brazil, although she backed Macron’s proposal to discuss the fires at the summit.

At last year’s summit in Charlevoix, Canada, Trump left early and repudiated the final statement in a tweet from Air Force One. This year, Macron said, there will be no final statement.

Instead, diplomats say Macron could issue his own summary of the discussions.

Lowered expectations are nothing new for the G-7, but this year’s intent seems to be just to avoid diplomatic catastrophe, salvage the possible, and show voters that their leaders have a role on the world stage. One force that could push leaders together is their joint vulnerability to an economic slowdown, especially the ones who, like Trump, are facing elections in the next year or two.

Disputes on trade have unsettled the global economy because businesses don’t know where tariffs will be imposed or what the trading system will look like in a world that has become dependent on supplies of materials, parts and goods flowing through intricate cross-border supply chains.

Given lowered expectations the most important summit outcome would be “to do no harm,” said Holger Schmieding, chief economist at Berenberg Bank in London. “Have a discussion without a bust-up, no repeat of Charlevoix, please.”

A “dream result” would be the EU, U.S. and Japan agreeing to jointly tackle their trade issues with China, but “with America-First Trump that seems too much to hope for,” he said. 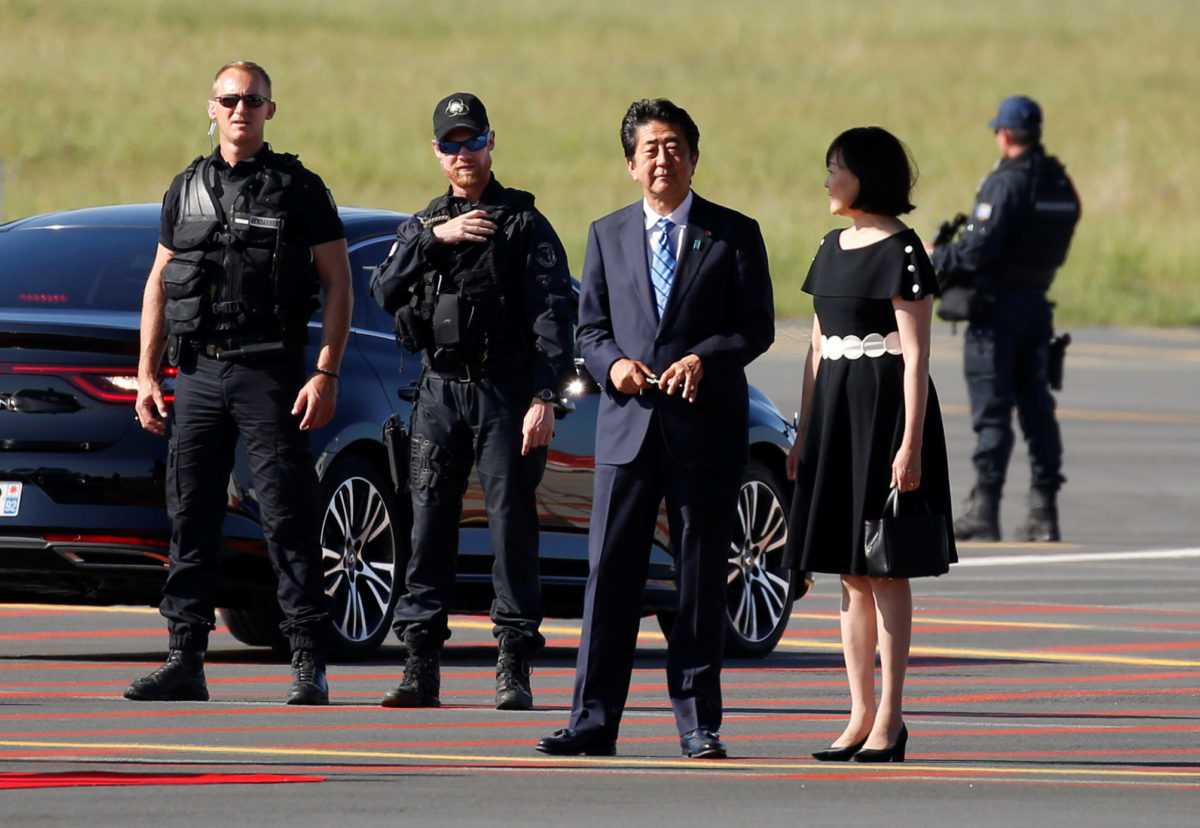 All eyes will be on the dynamic between Trump and British Prime Minister Boris Johnson , two figures who relish the unpredictability they have sown. Johnson is under intense pressure to pull Britain out of the EU and many see his relationship with the United States as key.

“My message to G7 leaders this week is this: the Britain I lead will be an international, outward-looking, self-confident nation,” he said.

Merkel is in her last term of office. Canadian leader Justin Trudeau, up for re-election this fall, is at the center of a political scandal . Macron himself is deeply unpopular at home, and the yellow vest protesters who have plagued him since last year have followed him to Biarritz.

Even this beautiful resort town was in a subdued mood after being locked down during the final week of the summer break for most of France. The appropriately named Bellevue congress center where the leaders will gather Saturday night overlooks the carefully raked sandy beach beloved by surfers and swimmers alike. It was empty.

Geir Moulson in Berlin and Danica Kirka in London contributed.

Left: French President Emmanuel Macron (C), flanked by President of the Nouvelle-Aquitaine region Alain Rousset (L), samples local produce and wine, as he tours the exhibition hall above the international press center on the opening day of the G7 summit, in Anglet, France August 24, 2019. Photo by Ian Langsdon/Pool via Reuters.