The election is likely to give Mitsotakis a comfortable parliamentary majority.

In a speech from central Athens on Sunday night, Tsipras said: “The citizens have made their choice. We fully respect the popular vote.” 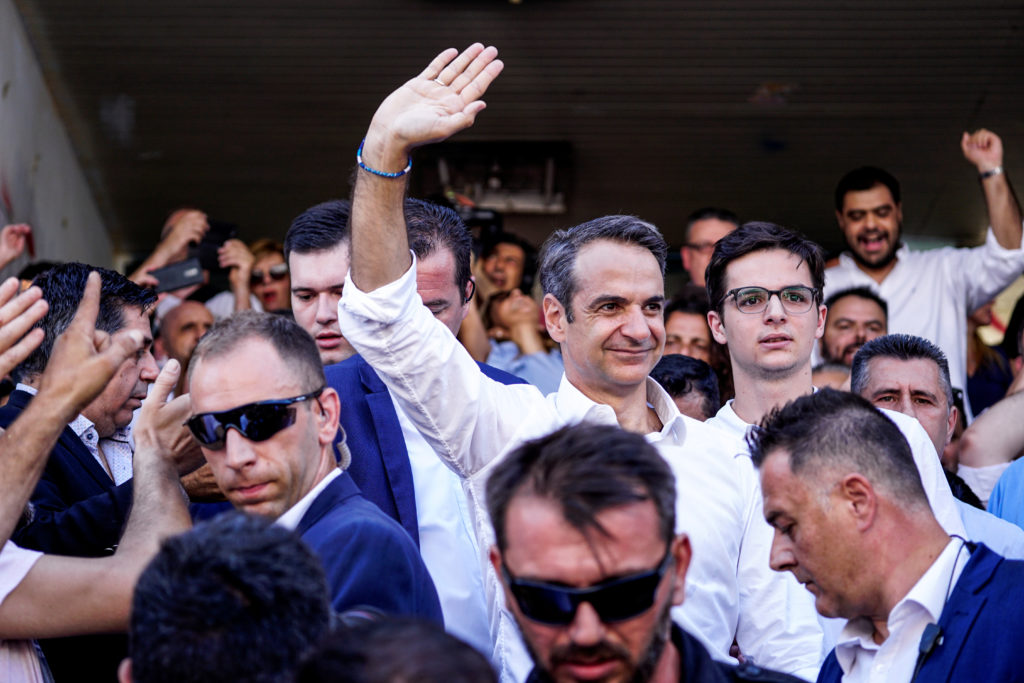 Senior members of the government and of Tsipras’ party all but conceded defeat.

“This is a big win for New Democracy,” Finance Minister Euclid Tsakalotos said on state-run TV. “People believed in their program despite being vague. So the honeymoon period will be brief.”

He said those who supported Syriza should be proud of the party’s achievements. “We underestimated the scale of the opposition toward Syriza.”

Dimitris Tzanakopoulos, a close aide to the prime minister who served as government spokesman until the election campaign started, said the party “will not be a passive opposition, but we will defend rights that have been earned for people during our government.” 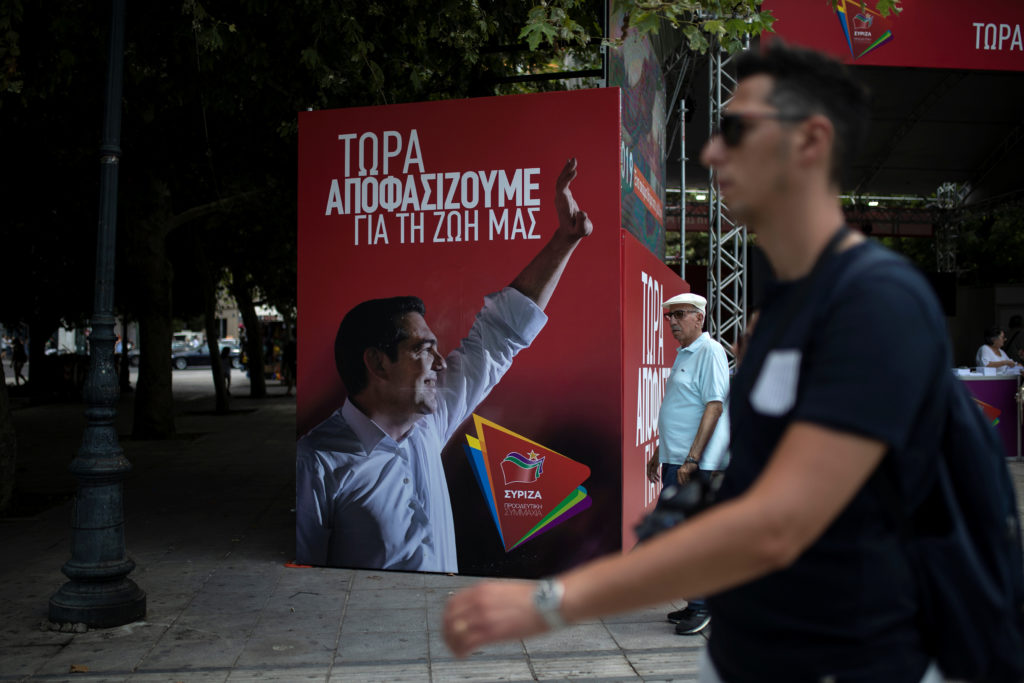 People walk past a poster depicting Greek Prime Minister Alexis Tsipras at the election kiosk of the leftist Syriza party in Athens, Greece, July 6, 2019. The slogan on the poster reads “Now we decide for our lives”. Photo by Alkis Konstantinidis/Reuters

The vote was Greece’s first parliamentary election since the end of its international bailouts and came as the country gradually emerges from a brutal financial crisis that saw unemployment and poverty levels skyrocket and the economy shrink by a quarter.

Greece was dependent for survival until last summer on three successive bailouts, and had to impose deep reforms, including massive spending cuts and tax hikes, to qualify for the rescue loans.

Tsipras called the election three months ahead of schedule after his left-wing Syriza party suffered a severe defeat in European Union and local elections in May and early June.

To gain ground, he increasingly appealed to the middle class, which struggles under a heavy tax burden, much of it imposed by his government.

“It’s a crucial battle, we fight it with optimism, we fight it with determination until the last minute,” Tsipras said after casting his ballot in central Athens in the morning. “So that the sacrifices and efforts of our nation do not go to waste, so the course of our country forward is not interrupted.”

Tsipras appealed to young people to vote and “not leave the crucial decision for their lives and their future to others.” The voting age was lowered to 16 for Greeks who will turn 17 within 2019.

But Mitsotakis, the 51-year-old son of a former prime minister, brother of a former foreign minister and uncle to a newly elected mayor of Athens, managed to build a sizeable lead in opinion polls, and had been ahead for the last three years.

He has pledged to make Greece more business-friendly, attract foreign investment, modernize the country’s notorious bureaucracy and to cut taxes, and fought to shed the image of family privilege.

“Today, voters take the decision for their future in their hands,” Mitsotakis said after voting. “I am sure that tomorrow, a better day dawns for our nation.”

Tsipras led his small Coalition of the Radical Left, or Syriza, party to power in 2015 on promises to repeal the austerity measures of Greece’s first two bailouts.

But after months of tumultuous negotiations with international creditors that saw Greece nearly crash out of the European Union’s joint currency, he was forced to change tack, signing up to a third bailout and imposing the accompanying spending cuts and tax hikes.

He also cemented a deal with neighboring North Macedonia under which that country changed its name from plain “Macedonia.” Although praised by Western allies, the deal angered many Greeks, who consider use of the term harbors expansionist aims on the Greek province of the same name.

Left: People are seen at a polling station during the general election in Athens, Greece, July 7, 2019. REUTERS/Elpida Kafantari NO RESALES. NO ARCHIVES - RC19E76CB230