More than 100,000 protesters met in Athens to demonstrate against a possible plan by Greece’s government to accept the name “Macedonia” for the neighboring former Yugoslavian country.

The protesters claim that the nation of Macedonia’s name suggests a territorial claim over Greece’s own northern region known as Macedonia, and they object to the Greek government’s attempts to resolve the issue.

“Using the name Macedonia as a vehicle and twisting historical events to a ridiculous extent, they actually seek to expand their borders at the expense of ours,” said Mikis Theodorakis, a 92-year-old composer and former minister who addressed the crowd on Sunday. 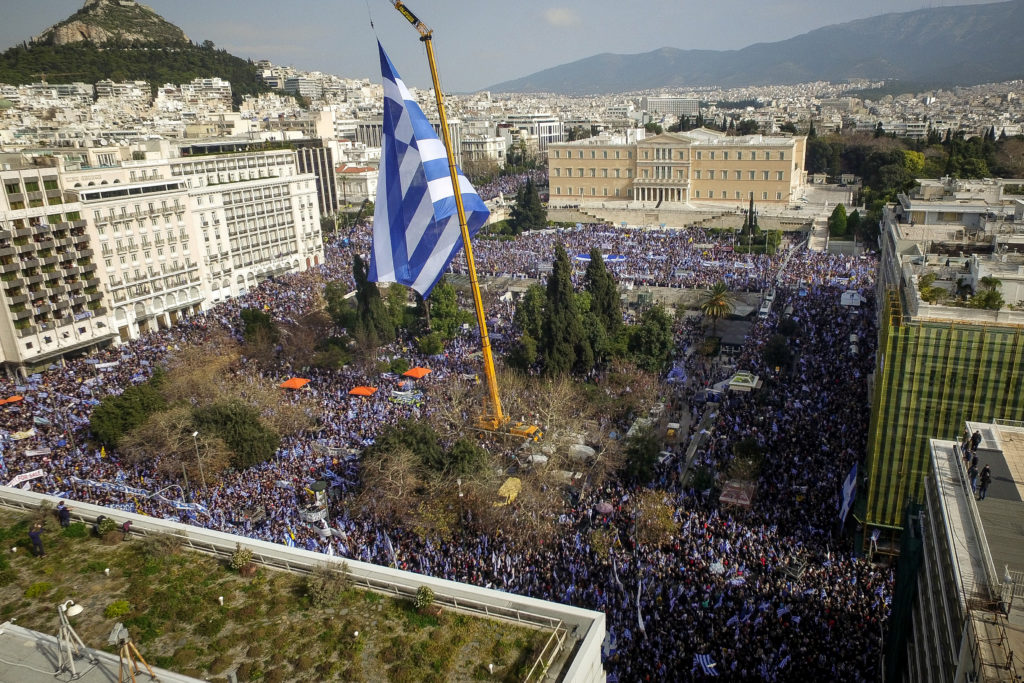 People take part in a rally against the use of the term “Macedonia” in any settlement to a dispute between Athens and Skopje over the former Yugoslav republic’s name, in Athens, Greece, February 4, 2018. Photo By Eurokinissi via Reuters

The country of Macedonia, which borders Greece, gained independence from Yugoslavia in 1991 and continues to push for membership in NATO, but the dispute over Macedonia’s name has held up those efforts. In 2008, Greece vetoed Macedonia’s application to join NATO.

The country is now officially recognized by the United Nations as the “former Yugoslav Republic of Macedonia,” even as much of the international community refers to the nation simply as “Macedonia.”

Both Greek and Macedonian officials have in recent months met with a United Nations negotiator to find a way to resolve the dispute and have indicated they plan to find a resolution this year. UN mediator Matthew Nimetz has proposed calling the country the “Republic of New Macedonia.” 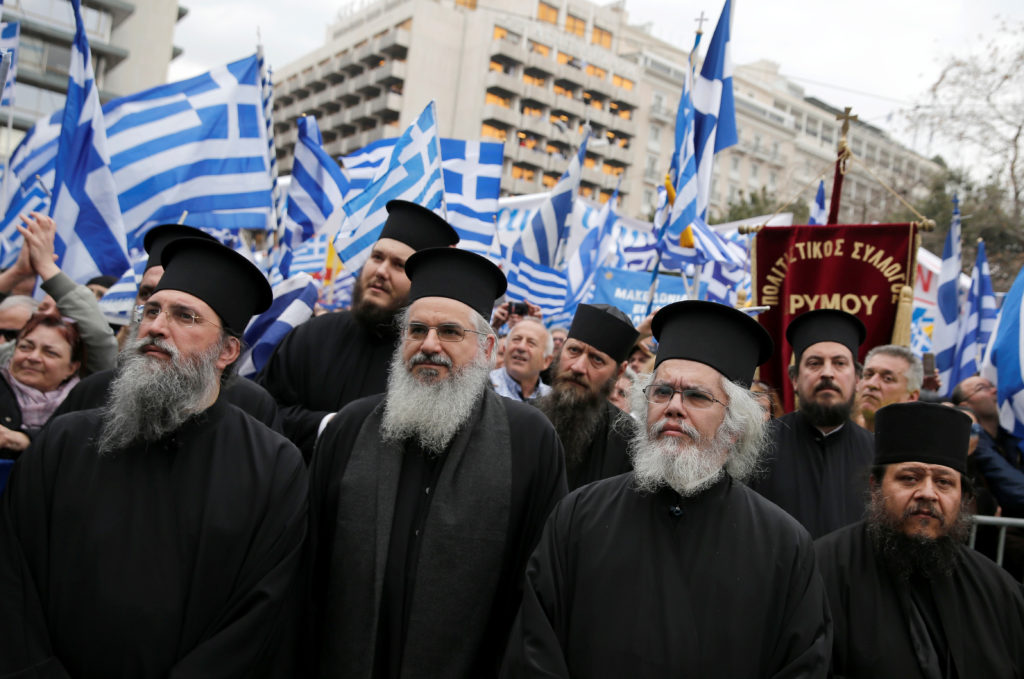 Orthodox clergymen participate in a rally against the use of the term “Macedonia” in any settlement to a dispute between Athens and Skopje over the former Yugoslav republic’s name, in Athens, Greece, February 4, 2018. Photo by Costas Baltas/Reuters

On Sunday, tens of thousands of Greek demonstrators chanted slogans and carried banners voicing their objections to the name outside Greece’s parliament. Some held flags with a symbol of the Greek kingdom Macedon, which was once led by Alexander the Great. Another large Greek flag hung over the area.

“We are trying to show the politicians that they must not give up the name ‘Macedonia,'” one protester told the BBC.

Tens of thousands of Greeks stage a mass rally in Athens, urging the government not to compromise in a festering name row with Macedonia. pic.twitter.com/2xNzWOZfRl

Police said at least 140,000 people attended the rally, and were met by several hundred counter-demonstrators who called for Balkan unity, the Associated Press reported.

Another demonstration took place on Jan. 21 when an estimated 90,000 Greek protesters took to the streets of Thessaloniki, a city located in the Greek province of Macedonia.

Left: Protesters wave Greek national flags and shout slogans during a rally against the use of the term "Macedonia" in any solution to a dispute between Athens and Skopje over the former Yugoslav republic's name, in Athens, Greece February 4, 2018. Photo By Costas Baltas/Reuters