PORT-AU-PRINCE, Haiti — Off-duty police officers and their supporters exchanged fire for nearly two hours on Sunday with members of the newly reconstituted Haitian army in front of the national palace, in a dangerous escalation of protests over police pay and working conditions.

Associated Press journalists saw dozens of men who said they were off-duty officers march with hundreds of supporters toward the palace in the latest in days of demonstrations demanding better pay for Haitian law-enforcement officers.

The protest stopped outside the army headquarters facing the palace. 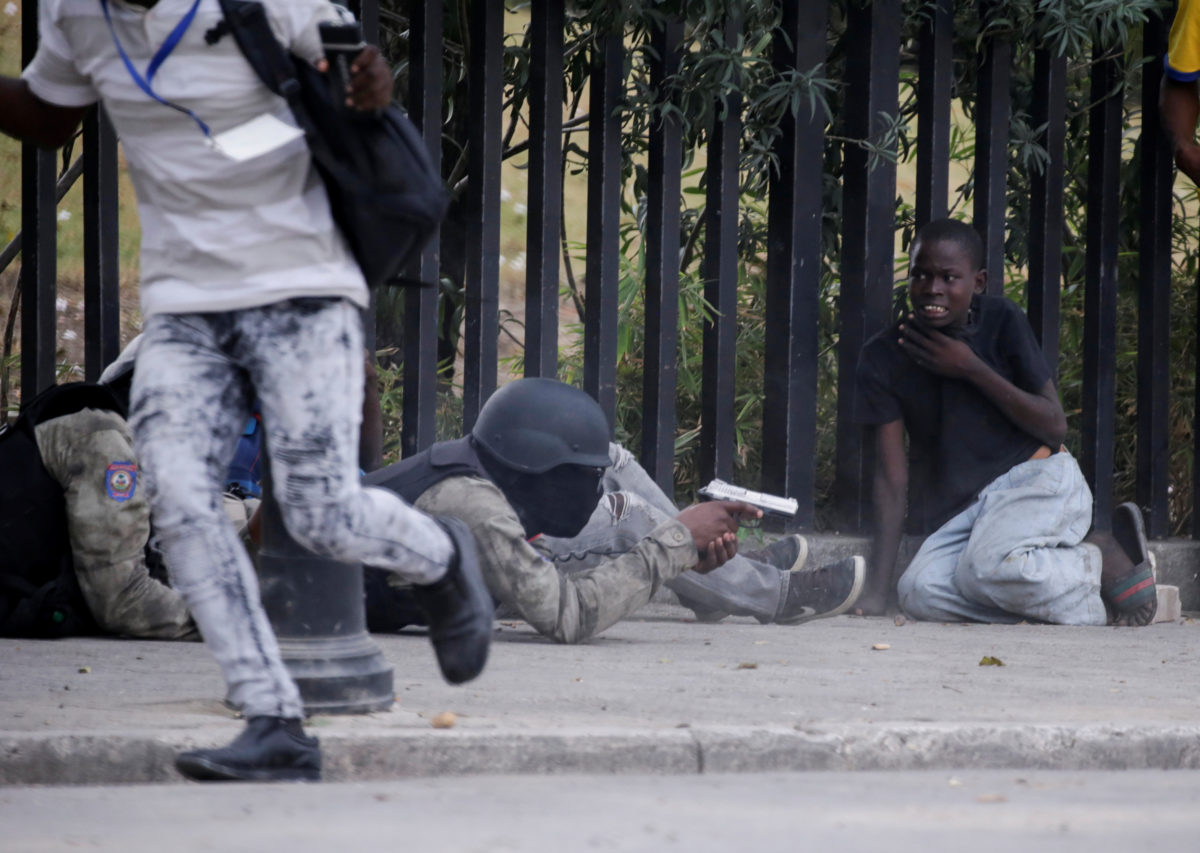 A boy gestures as a man in a Haitian National Police uniform aims a gun during a shooting in Champ de Mars, Port-au-Prince, Haiti February 23, 2020. Photo Andres Martinez Casares/Reuters.

Associated Press journalists then saw several soldiers at the headquarters building fire into the air. Shortly afterward, an exchange of fire erupted between the soldiers and police. It was not clear which side began firing at the other first.

The army was disbanded in 1995 after the fall of a dictatorship that used soldiers to repress domestic opponents. President Jovenel Moise reformed the army in 2017, promising that the military would patrol Haiti’s borders, assist in natural disasters and avoid domestic affairs.

At least three men were taken to a hospital near the shooting with wounds to the legs and feet that did not appear to be life-threatening. Uniformed police officers told an AP journalist that the wounded men were fellow officers. The uniformed officers spoke on condition of anonymity because they were not authorized to speak to the press.

Shooting continued until after 3 p.m. and did not appear to be ceasing.