Authorities launched an international search Sunday for a suspect wanted in connection with the wave of coordinated terror attacks that hit several locations in Paris on Friday, killing at least 129 people.

A manhunt is underway for Abdeslam Salah, a 26-year-old man born in Belgium, who French officials believe rented the black Volkswagen Polo used in the assault on the Bataclan music hall, where 89 concert-goers were killed.

Abdeslam is one of three brothers thought to be involved in the attacks; one was arrested in Belgium and the second died in the assault, the Associated Press reported.

As the police search for the fugitive brother, investigators said at least three of the suicide bombers killed in the Paris attacks were French citizens.

One militant was identified as 29-year-old Ismael Mostefai, who had been previously flagged by French officials for his connections to radical Islam.

Mostefai grew up in the town of Chartres, France, located about 60 miles southwest of Paris. On Saturday, authorities detained some of his relatives for questioning, including his brother and father.

A neighbor, Arnauld Froissart told the New York Times that Mostefai and his family were “very nice.”

“Everyone was shocked when we learned this last night and this morning,” Froissart said. “I’ve lived in this neighborhood since 1986 and there’s no problem here.” 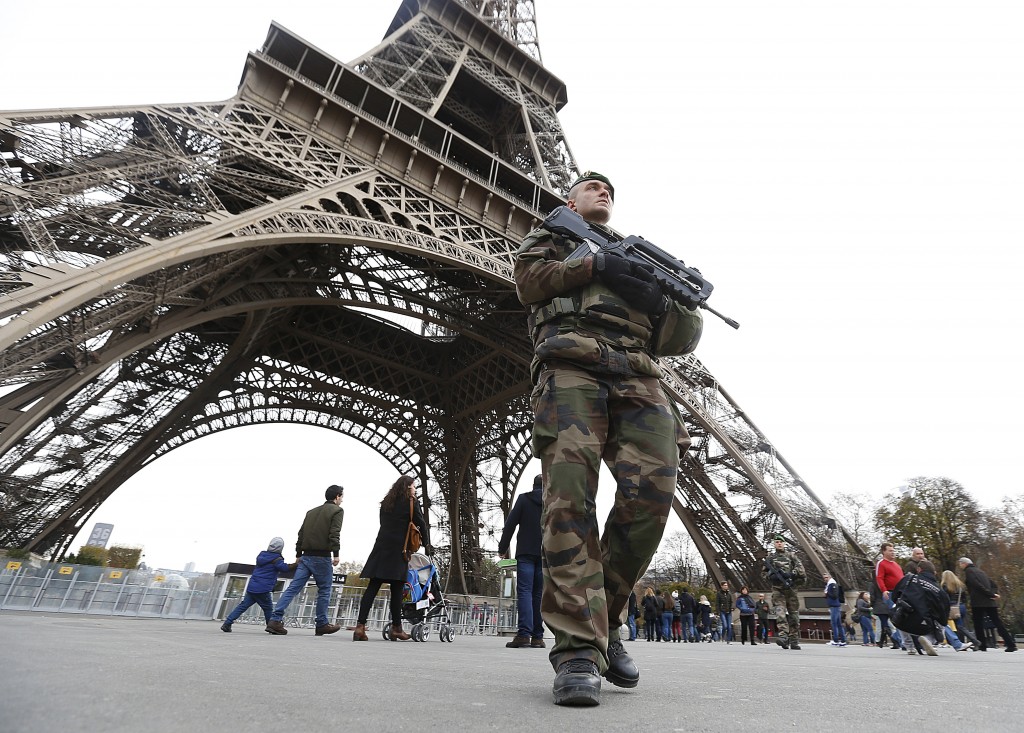 French military patrol near the Eiffel Tower the day after a series of deadly attacks in Paris on Nov. 14, 2015. Photo by Yves Herman/Reuters

French President François Hollande said Saturday that the attacks were orchestrated by the Islamic State militant group and constituted an “act of war.”

The assault on the French capital was the worst act of terror Europe has seen since the 2004 bombings on a commuter train system in Madrid, Spain.

Speaking in a televised address from the Elysée presidential palace, Hollande said the jihadist group’s actions were an attack on France’s core democratic values, against “a free country that means something to the whole planet.”

“Faced with war, the country must take appropriate action,” he said. “France will be merciless toward these barbarians.”

“We can say at this stage of the investigation there were probably three coordinated teams of terrorists behind this barbaric act,” he said. 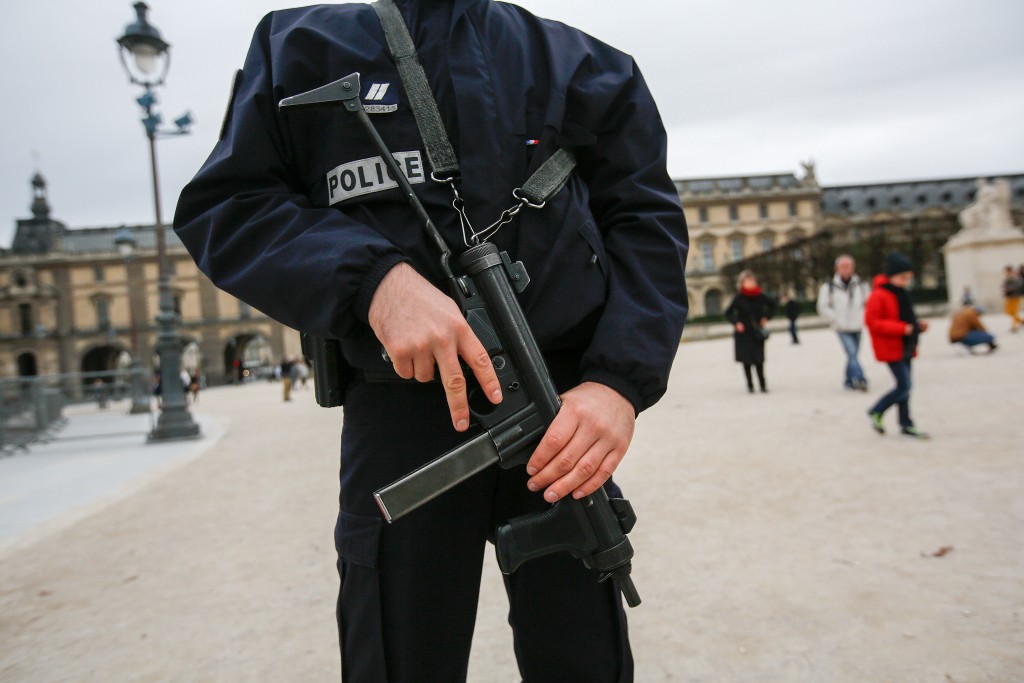 A police officer stands guard holding a gun at the Louvre museum in Paris on Nov. 14. Photo by Simon Dawson/Bloomberg via Getty Images

In an online statement distributed Saturday, the Islamic State, also known as ISIS, claimed responsibility for the assault on Paris.

“Eight of the brothers, wrapped in explosive belts and carrying rifles targeted specially selected locations in the heart of the French capital,” the statement said. “This attack is only the beginning and a warning for those who can learn.”

While the claim could not immediately be authenticated, it resembled previous statements made by the group.