The chairman of the House Intelligence Committee said Wednesday that thus far, he has seen no evidence that senior Pakistani officials knew of or abetted Osama bin Laden’s hideout in Abbottabad.

Rep. Mike Rogers, a Michigan Republican and former FBI agent who took over as chair of the Intelligence Committee in January, made his comments at a Council on Foreign Relations meeting Wednesday morning. 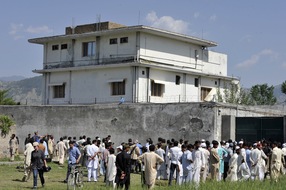 Rogers acknowledged it was quite possible that elements in the Pakistani intelligence services and government may have known of bin Laden’s secret lair.

And, in response to a question from McClatchy correspondent Jonathan Landay, Rogers said it would be impossible to keep secret in Washington any hard evidence of high-level Pakistani complicity with bin Laden.

“If they knew he was there and did not pass it along, that would be a huge problem,” he added.

Rogers said the U.S. and Pakistan should use the occasion of bin Laden’s demise as an opportunity to work on their troubled relationship and that Islamabad was still out of sync with Washington in viewing India, rather than the Taliban or al-Qaida, as their main threat.

The chairman also said the fight against al-Qaida must continue and that intelligence budgets should not be cut as they were after the collapse of the Soviet Union. He anticipated that intelligence would be one line item in the House budget bill that will increase slightly, rather than being cut along with most federal programs.