How this human trafficking survivor gives women a future at home

She pulls out her phone at every stop, sharing photos of her time in Kuwait, where she was forced into service as a domestic worker for three months.

She tells her own story, from the moment she was approached by a community member who promised her a teaching job in Kuwait with a $1,000-a-month paycheck, to a month later when she was working for a family in Kuwait City. She cleaned their home and took care of two children. She lived without a salary and was sexually abused by the children’s father.

After three months, Mbuli fled to the embassy of the Central African Republic in Kuwait for refuge, and finally left the country through funding from the New-York based organization Freedom For All, which paid for her return airfare to Cameroon.

Traffickers tend to be people these women trust, like pastors in the community or even their relatives, she said. “I lived in the same neighborhood as my trafficker. We grew up together. … He used my vulnerability as a path to get to me.”

She left for Kuwait on her son’s second birthday, and said the trafficker convinced her she could give him a chance for a better livelihood with the money she would earn in Kuwait.

Mbuli said her own experience being trafficked is what led her to start her organization. She launched the Survivors’ Network in 2016 to spread awareness about human trafficking, rescue women from abusive situations, and reintegrate women who have been trafficked back into society. The organization is led and run by other survivors of human trafficking.

“It’s a lot of talking, counseling, convincing them. Because I can’t just tell someone not to travel to a country,” Mbuli said. “But I can share my story, I can tell them what went wrong with the others, and with me.”

Most important, Mbuli said, is giving women a reason to stay in Cameroon. “That’s why I always go back to the point of empowerment. They need something promising back home,” she said.

Mbuli, who has a degree in business administration, organizes vocational training workshops for women in project management and proposal writing.

The organization also launched a microfinance program, providing seed capital to women to start their own businesses. So far, the Survivors’ Network has helped launch 19 business projects, including a thrift shop, beauty salon, and a broiler bird poultry farm, Mbuli said. 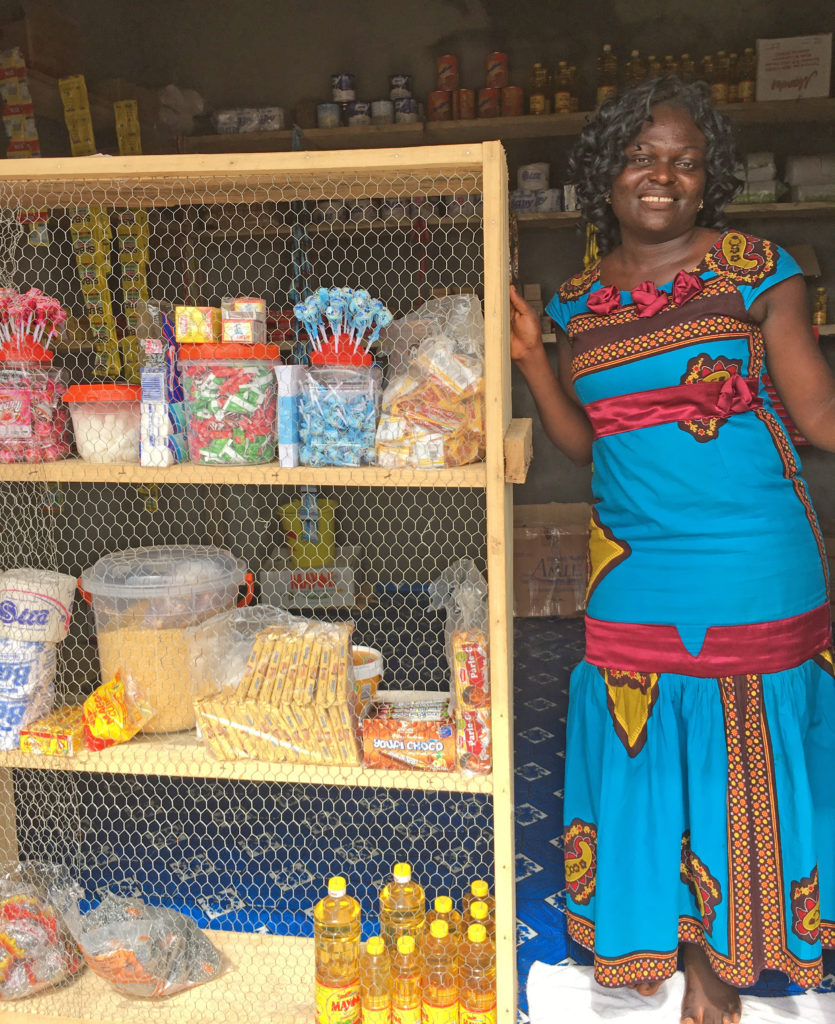 The group also provides seed money to women to start their own businesses. Photo courtesy of the Survivors’ Network

In June, the State Department released its annual Trafficking in Persons Report, which ranks governments around the world on their work preventing and combating human trafficking. The report assigns countries to three tiers, one being the best and three being the worst in preventing and combating trafficking. Mbali received recognition from the State Department this year for her work combating trafficking in Cameroon, as part of the report’s release.

This year, Cameroon moved from tier three to tier two, because its government increased investigations, prosecutions and convictions of suspected traffickers, improved direct services to potential trafficking victims, and trained law enforcement and government officials on trafficking laws, according to the report.

But Mbuli said the Cameroonian government can do more to address human trafficking. The government should launch a national awareness campaign and form a task force that can be stationed at ports of entry or exit of the country. She also said the government should address the economic problems, like unemployment, that lead people to seek work in other countries.

Thousands have fled their homes in the country as government forces fight separatists in the anglophone Southwest and Northwest regions of Cameroon. Activists in these regions are protesting what they call an unfair domination from the Francophone minority in government.

Rights groups have accused the government of several human rights violations. A recent investigation by Amnesty International found evidence that Cameroonian soldiers carried out extrajudicial executions of women and children. The government said the video is propaganda.

Cameroon holds presidential elections on Oct. 7, when President Paul Biya, who has been in power since 1982, plans to run again. The 85-year-old is currently the longest-ruling leader in Africa, and critics say his time in office should come to an end, citing corruption.

Mbuli said internally displaced persons (IDPs) are especially vulnerable to trafficking, because they are looking for work and a way out of the camps. She said her organization plans to set up a vocational training center and transitional home for IDPs and survivors of human trafficking in Kumba if they can get the funding. There are 241,000 IDPs in the country, according to the United Nations.

Many women are lured by the opportunity for a higher income in labor-receiving countries, and later contact Mbuli about the traps. She said she gets phone calls from domestic workers across the world — one who hasn’t been paid in months, another is sexually abused by the men in the house. She said her team has helped more than 500 girls escape.

Mbuli hopes her organization can do more, starting with expanding their door-to-door campaigns across the entire country. “There is so much more work to be done,” she said. “But the first step is awareness. Speak to the people around you, try to educate everyone you know about the risks of trafficking.”