Since Russia first launched its invasion of Ukraine on Feb. 24, at least 1 million people have fled Ukraine in search of safety, according to the United Nations’ refugee agency. More than 220 civilians have died thus far, including at least 15 children, according to U.N. numbers.

Ukrainians have sought safety in Poland, Hungary and Moldova, among other neighboring countries. Meanwhile, women and children who have been displaced within the country have taken shelter in subway tunnels and other secure areas to avoid Russian air strikes. On Thursday, Russia and Ukraine struck a tentative deal to establish corridors to allow civilians to safely leave cities under fire.

Before the conflict, the Office of the U.N. High Commissioner for Human Rights (OCHA) estimated that 1.5 million people in Eastern Ukraine were food insecure and needed livelihood assistance in 2021 – a 51 percent increase compared to 2020. With so many uprooted from their communities and homes now, those numbers are predicted to skyrocket. Additionally, elderly Ukrainians made up 30 percent of people in need prior to the invasion.

As Ukrainians of all ages seek support both at home and abroad, several governments have stepped up to send military and humanitarian aid. Below, find just a few of the organizations and fundraisers that are working to get people critical supplies, assistance and funds. 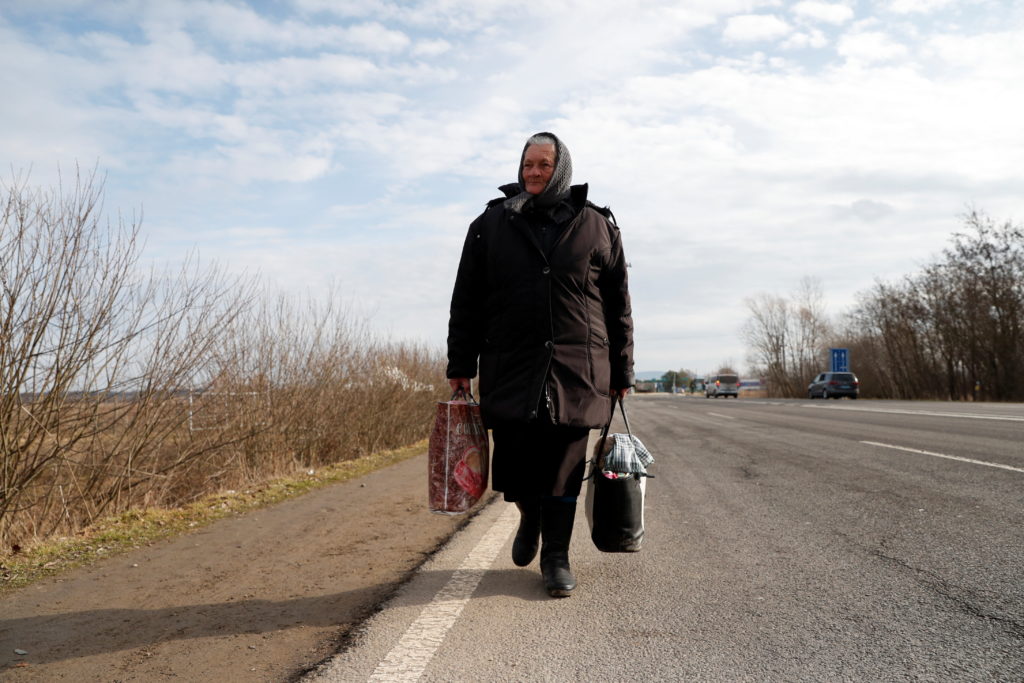 A woman walks as she flees from Ukraine on Feb. 25, 2022. Photo by REUTERS/Bernadett Szabo

How to avoid charity scams

Left: A woman fleeing from Ukraine holds a child at a border crossing in Tiszabecs, Hungary, on Feb. 27, 2022. Photo by REUTERS/Bernadett Szabo