The planet’s far North is burning. This summer, over 600 wildfires have consumed more than 2.4 million acres of forest across Alaska. Fires are also raging in northern Canada. In Siberia, choking smoke from 13 million acres – an area nearly the size of West Virginia – is blanketing towns and cities.

Fires in these places are normal. But, as studies here at the University of Alaska’s International Arctic Research Center show, they are also abnormal.

My colleagues and I are examining the complex relationships between warming climate, increasing fire and shifting patterns of vegetation. Using locally focused climate data and models from the Scenarios Network for Alaska and Arctic Planning, the research group I help coordinate, we are finding evidence that is deeply worrying – not just for those of us who live within the fires’ pall of smoke, but for the world.

Recent fires are too frequent, intense and severe. They are reducing older-growth forest in favor of young vegetation, and pouring more carbon into the atmosphere at a time when carbon dioxide concentrations are setting new records.

The boreal or taiga ecosystem, a swath of northern forest that covers 17% of the globe’s land area, is adapted to fire. It has been burning regularly for thousands of years. This vast landscape is mostly free of human roads, rail lines, power lines and cities. Blazes often spread until the wind changes and the rain falls.

Typically, the cycle resumes about every 200 years. But today the cycles are about 25% shorter than in the past, and that changes everything.

It isn’t always easy to tell the difference between natural year-to-year fluctuations and ominous long-term shifts.

The overall increase in burning can be hard to detect and measure because of enormous natural variability. This summer’s fires in Alaska were driven by an intense early-season heat wave. The relationship between hot dry weather and fire is clear. Climate change is causing an equally clear trend toward earlier springs and longer, hotter summers.

However, our state also has some cooler, wetter summers when little or no smoke chokes the air. It isn’t always easy to tell the difference between natural year-to-year fluctuations and ominous long-term shifts.

Nonetheless, shifts are occurring – driven by the unprecedented warming that we are seeing in Alaska. July 2019 now stands as the hottest month ever recorded in the state.

Many of us, including climate researchers, land managers, ecologists, meteorologists, rural and indigenous residents and fire experts, have been collaborating, studying this issue, gathering data, creating simulations and computer models, using satellite imagery and getting outdoors to measure exactly what is happening. In Alaska, state and federal agencies work together to monitor and manage fires through the Alaska Interagency Coordination Center and deploy firefighters to the front lines – including a record number of smoke-jumpers this year.

The evidence shows that overall, fires in the far North are becoming bigger, hotter and more frequent. Older conifers are losing ground to younger deciduous trees, altering whole ecosystems. Torched trees are releasing carbon, along with soils rich in dead plant matter that are burning more deeply than in the past. As these releases fuel further warming, climate change is causing more climate change, which affects the entire planet. 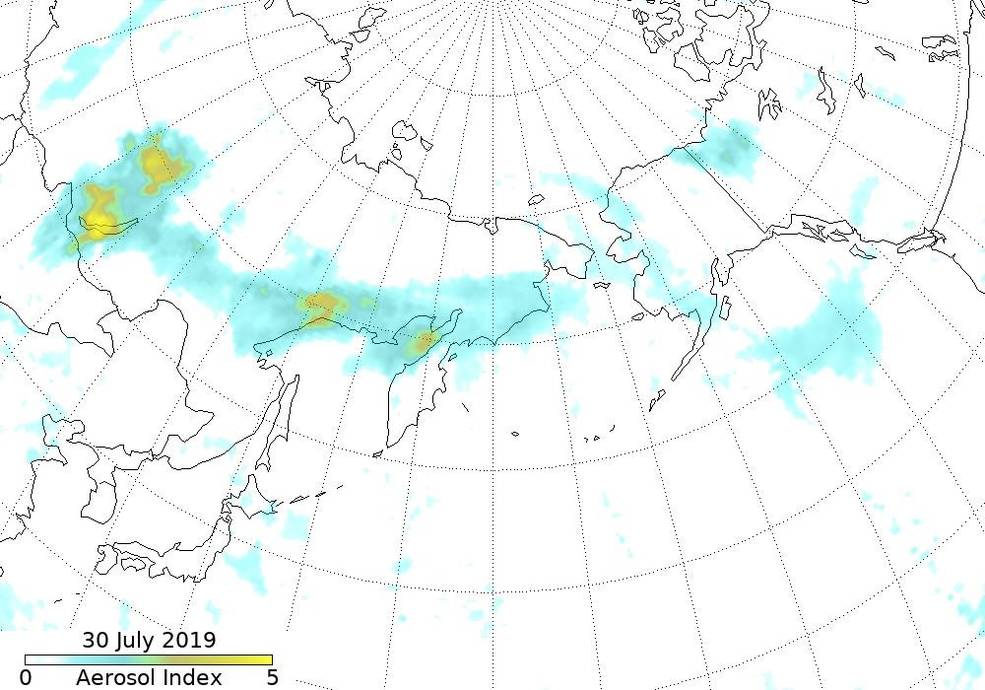 Too close for comfort

In Fairbanks, where I live, the human impacts of this summer’s fires have been obvious. As lightning triggered blazes statewide in late June, the Shovel Creek Fire sprang up on the western outskirts of town. Air quality rapidly deteriorated to “hazardous.” Two neighborhoods were evacuated, sending residents to stay with friends or hole up in my children’s school. Displaced sled dog teams were housed at the local fairgrounds.

On some days in June and July the smoke in Fairbanks was so thick that my neighbor, who has asthma, had to wear a respirator mask. Another friend who has heart trouble had to take refuge in a small conference room at the hospital that was offered as a filtered-air safety zone.

Shouldn’t these fires be prevented, and extinguished when they occur? Unfortunately, it’s not that simple. First, the cost of firefighting across huge regions of the Arctic and sub-Arctic would be astronomical, as Russian officials have argued in response to public demands for action to control wildfires in Siberia.

Second, putting out fires now leaves that much more highly flammable fuel on the landscape for next year or the year after – a problem that many blame for catastrophic fires in other states. Fire managers in Alaska, in partnership with land owners, instead have set priorities for firefighting. Lands are grouped in four categories: limited, modified, full and critical. By far the largest fraction is classified “limited,” meaning that fires in these areas are monitored but allowed to burn freely where they don’t threaten lives or known resources.

But when fires threaten homes and lives, they are fought fiercely. After tireless efforts by fire crews from Alaska and the Lower 48, evacuated Fairbanks residents received an all-clear on July 10. People went home, and there were no injuries.

August brought rains to dampen our local fairgrounds, which were finally being used for family fun rather than housing displaced pets. I haven’t heard much complaining. Wet weather has shown up on time here, and we’re grateful. But we realize that other Arctic regions are still burning, and that fire is more than just a local problem for all of us.

Dr. Nancy Fresco is a research professor at the University of Alaska Fairbanks and network coordinator for Scenarios Network for Alaska and Arctic Planning (SNAP). This article was originally published on The Conversation. Read the original article.

Left: A July 30, 2019, image shows smoke from fires burning across Siberia drifting east toward Canada and the U.S. Image via NOAA/NASA Suomi NPP