More than 600 people were rescued from the waters of the Mediterranean Sea on Saturday as a steady flow of migrants fleeing war continues.

In separate operations, members of the Italian coast guard, German ships and the Irish navy rescued the migrants off the coast of Libya, adding to the 14,000 people who were pulled from the sea during the last week during a multinational rescue mission.

Warmer temperatures and calmer waters have raised the number of migrants willing to risk the journey from north Africa and the Middle East, officials said.

Italian authorities said since Friday, 16 rescue operations have saved thousands of people stranded at sea, often on overpacked rafts arranged by smugglers. The bodies of at least 45 people who drowned during the journey also were recovered, and the official death toll is expected to climb. 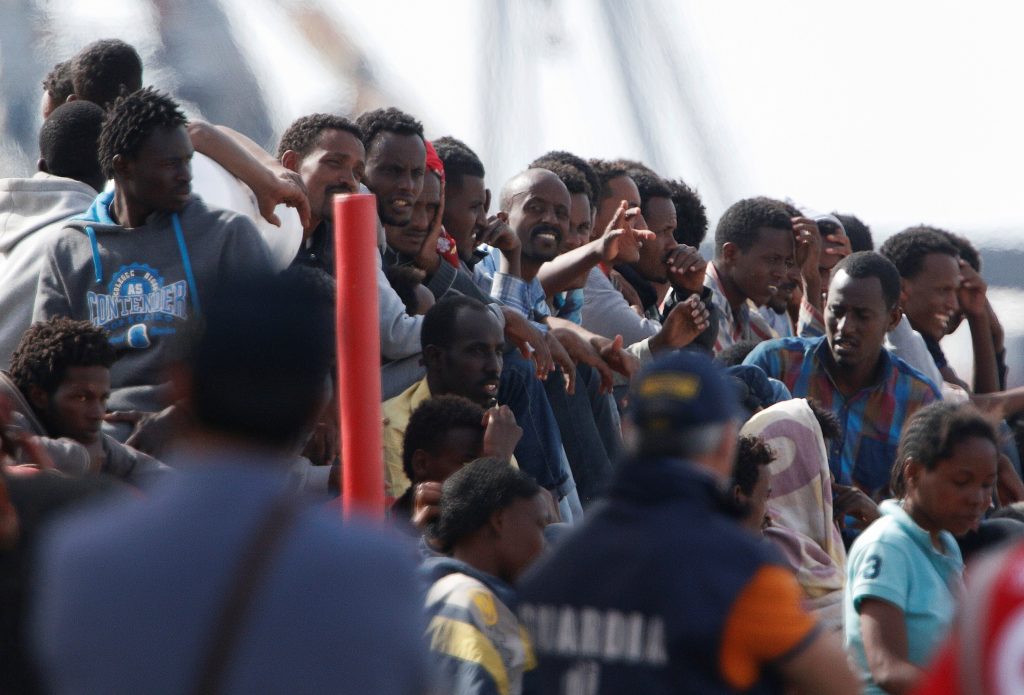 More than 14,000 people have been rescued while attempting to cross the Mediterranean Sea during this last week. Shown here are people leaving ship in Italy, May 28, 2016. Photo by Antonio Parrinello/Reuters

The United Nations Human Rights Council said nearly 200,000 migrants have attempted the crossing from north Africa and Asia to Italy and Greece so far in 2016. More than 1,500 people drowned or are missing. Approximately 40,000 people traveled through Libya before crossing over to Italy.

Fatou Bensouda, prosecutor for the International Criminal Court, told the U.N. Security Council this week that migrants and refugees in Libya “were particularly vulnerable to violence, sexual violence and ill treatment,” which caused more people to attempt the dangerous sea route to Europe.

“We, as the international community, must take a closer look at who profits from criminal activity in Libya, and take coordinated steps to prevent further violations,” Bensouda said. “This must be a priority for all who are affected by the criminal trafficking of human beings.”

Left: Migrants rest after disembarking in the Sicilian harbour of Catania, Italy, May 28, 2016. Photo by Antonio Parrinello/Reuters