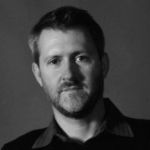 In September, Hurricane Irma roared across the Caribbean and hammered the tiny island of Barbuda – one half of the twin-island nation Antigua and Barbuda. All 1,800 residents on Barbuda were evacuated and much of the island was destroyed.

The land on Barbuda has been held in common ownership by all Barbudans since the end of slavery there; it was then a British possession and the crown abolished slavery in the 1830’s. This customary collective land ownership evolved in response to Barbudans’ post-emancipation resistance to efforts to relocate them to neighboring Antigua. The arrangement was made law with the Barbuda Land Act of 2007. It has kept Barbuda from developing the mass tourism industry common in Antigua, and across much of the Caribbean.

With that as backdrop, the enormous job looms of rebuilding the island almost entirely. The bill to rebuild: more than $200 million. As pledges for reconstruction aid poured in at a donor conference held in November 2017 at the United Nations in New York, Barbuda’s Prime Minister Gaston Browne, after a closed-door meeting, announced the end of collective land ownership on the island. He claimed that private land ownership is the only way to secure financing to rebuild Barbuda because collective ownership scares away foreign investors.

Barbudans dispute that, and say tradition must hold, even in the face of government efforts to facilitate private development on Barbuda. A major flashpoint: a 300-plus acre resort development spearheaded by actor Robert De Niro. Many on Barbuda – and beyond – see the government’s drive to use the hurricane evacuation as cover to eliminate collective ownership once and for all.

Reporter Gregory Scruggs was with me on Barbuda, and his article can be read here. This reporting was supported by the Pulitzer Center on Crisis Reporting.

Left: Watch a report about Barbuda's land ownership struggle after Hurricane Irma hit. This video was produced by the Pulitzer Center on Crisis Reporting.

Steve Sapienza is a senior producer for the Pulitzer Center, where he shoots and produces stories from the field and also contributes to Pulitzer's multimedia and broadcast endeavors.