More cities in India have “extremely high levels” of air pollution than in China, the Economist reports.

The Economist report also found that Delhi’s air has been 45 percent more polluted than the air in Beijing for the past few years.

While Beijing has historically been the world’s city with the worst smog, data released by the World Health Organization last year revealed New Delhi had overtaken the Chinese capital as the city with the dirtiest air. 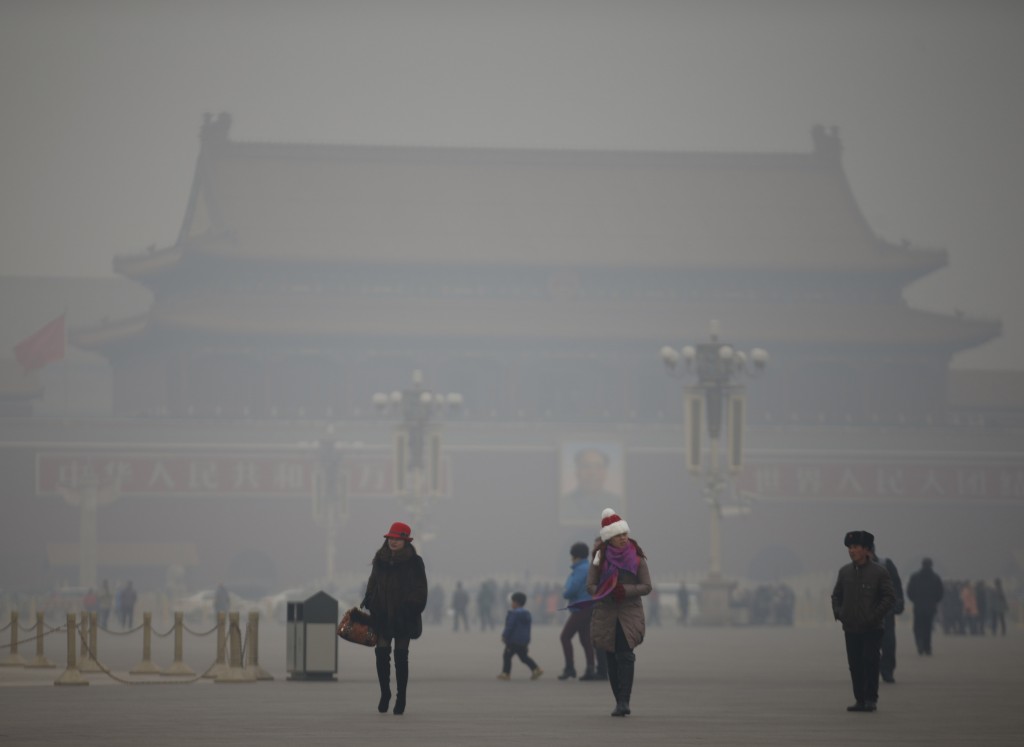 Visitors take a walk during a polluted day at Tiananmen Square in Beijing Jan. 15, 2015. Photo by Kim Kyung-Hoon/Reuters

This latest report comes amid growing global concerns over the health risks posed by exposure to air pollution.

Exposure to traffic fumes, industrial emissions, construction dust, burning trash and other sources of pollution pose serious health risks, including higher risks of cancer, stroke and heart disease. Nearly 700,000 people die in India each year as a result of the toxic air quality, and experts say the toll is likely to rise in the coming decades.

Environment minister Prakash Javadekar said on Feb. 3 the government had “already started walking the talk” by taking action on clean energy, including an effort to increase solar power.

In January, President Obama and Indian Prime Minister Narendra Modi made a “personal commitment” to work toward a global climate change agreement in Paris later this year.

Learn more: Are Modi’s pro-business plans a path out of poverty for India’s poor?

Left: A rag picker collects recyclable materials in the polluted waters of river Yamuna amid dense smog in the old quarters of Delhi on Nov. 8, 2012. According to the Economist, a greater number of cities in India see "extremely high levels" of air pollution than in China. Photo by Mansi Thapliyal/Reuters